You are already there

an experience in Consciousness 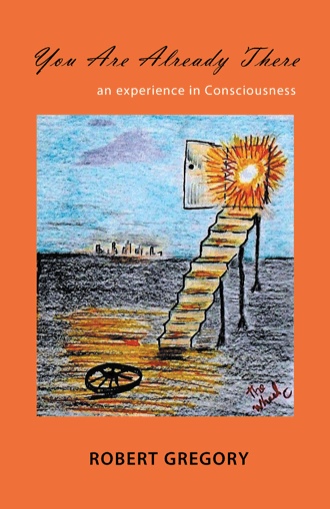 Tony Parsons was one of the first authors I read after my apparent Awakening. Before this I had no idea what happened to me, but when I read that Tony walked through the park and was no longer there, I thought “WoW, that’s me!” That’s what happened and of course now I had a label to stick onto it.

I then read as many books as I could on others who have had this same experience, some make it all sound so mystical and there are others who make it all sound so easy, I prefer the latter because in my case it was easy, but why shouldn’t it ? After all its who or what we are. It’s funny, here we are all these little creatures called humans on this piece of star dust asking these deep, deep questions, it makes me think of the little fleas on a dog asking the same questions. One comes up and says, can’t you see, it’s God not the dog, can you feel it, we are part of Him, we go where He goes.

The ideas that I have shared with you are only my ideas arising from Being, if they work or not for you it will only because of Being, not working or working, there is nothing you can do to be Enlightened because again there is no one to be Enlightened.

Again, you are already there, stop pretending you’re not, because this is all you are doing, pretending. It’s time to stop playing this game, in fact it’s time to stop playing any game that is made by the ego mind. It’s great to play games but only when you know its a game, otherwise you are caught in a game that you have no idea that you are playing. This is what is happening all the time around the world, we are drawn into the political game and even at times are drawn into their games of war, with real bullets and bombs that kill, this is no fun game and yet we all get sucked into it.

It’s time for all to wake up and see what’s there in front of them. It’s time to take off the blinkers that have only shown partially what’s actually there in front of our nose. It’s time to grow up, not as a so called adult, gee, that has never worked, but to grow up spiritually. Grow up to our true Self, from there we will begin a whole new life that has very rarely been lived on the face of this planet.

You Are Already There

YOU CAN NEVER BE ANYWHERE ELSE

There are so many chasing this so-called enlightenment, when all along they are already there, but because this is too simple they just don’t want to believe it. They are after something harder, something that makes them feel they have deserved this reward of enlightenment.

I’ll share with you my own experience and what brought me to this experience of so-called enlightenment and how you can also experience what I and many more have experienced. You will learn that there is no big deal to this experience, and it’s so simple that you will be laughing at how simple it is, and you may wonder why you never realised this before.

Robert Gregory of Australia, who was shot on an Australian highway, and who was diagnosed with schizophrenia later in his life, now lives on a disability pension because of the gunshot injury. Robert now lives his life sharing with others his wonderful story of awakening to his true inner self.