Unlock the Secrets to Happiness 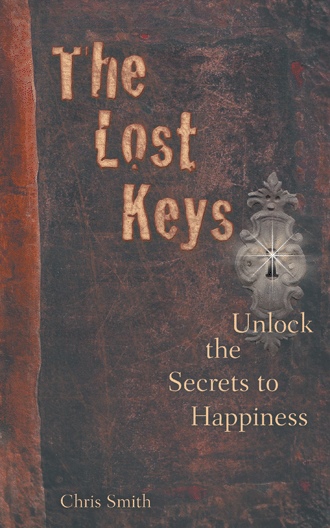 I once taught a Major in the British Army to meditate when I was working in Basra, Iraq. I wasn’t a soldier, but was working as a Diplomat in the Consulate-General in Southern Iraq. We civilians (or ‘civvies’ as we were known) worked closely with the British Army and had a few Army folk working in our building, which made for a more interesting mix of people. The Major and I were at lunch one afternoon and he asked me how I always seemed so cheery and relaxed. I said it was probably because of my spiritual interests and that meditation really helped in difficult situations, especially in a war zone. The Major, as I came to call him, was a gentle giant, a lovely, jovial, funny, interesting and kind Glaswegian, and it wasn’t long before he became a trusted friend of mine.

He would tell endless funny stories and keep the mood light, as well as having the dual ability of being a fantastic listener. He asked if I could teach him meditation one night so I agreed on the proviso that he wore something comfortable and not his usual camouflaged uniform. I packed up some incense sticks, candles, calming Zen music, put on my body armour, helmet, walkie-talkie, and emergency first aid kit and walked over to his “Pod” (accommodation made out of a shipping container and concrete sand bags). I thought how bizarre it was to be walking with this New Age stuff while listening out for the usual whooshing sounds of rockets and mortars, ready to dive into the dirt at any moment.

The strangeness didn’t end there, The Major opened his door to me in a full white Arab robe called a Dishdasha, we both laughed at the sight of him in native gear and me with my New Age supplies in full head-to-toe body armour. If only the UK press had snapped a picture! Once we had composed ourselves, I put on the music, sat on the floor and lit the candles and incense sticks and then I talked him through a basic meditation. I told him ………..

The Lost Keys is a brutally honest, personal, and humorous account of a young man’s spiritual journey.

Following an unconventional upbringing with his single parent mother, Chris moved to London at nineteen. He was broke, depressed, and had no real direction in life. He discovered a new age book that reawakened his spiritual connections and motivated a five-year journey that led to happiness. Chris has been exposed to surreal moments that supported his adventure in more ways than he could have possibly imagined. He worked with the Prime Minister for two years, and as a Diplomat in Iraq for eight months where he came close to death twice, and taught an Army Major how to meditate. Chris has met Kings, Queens, Presidents and the Dalai Lama, but it was a monk in Burma who taught him the most important lesson of all, and gave him the inspiration to write The Lost Keys.

The Lost Keys will show you the world in a different light, inspire you to change your mindset for the better, and help you see hidden messages. They unlock the secrets to happiness and help you find that missing something.

Chris had an unconventional upbringing with his single parent psychic/healer Buddhist Mother in the countryside of rural England. The nature of her beliefs exposed him to some extraordinary things, where crystal healing, dowsing, tree hugging, and meditation all formed a natural part of his early life.

He moved to London at nineteen to work for a Government Department - The Foreign & Commonwealth Office. He was broke, depressed and had no real direction in life. He discovered a New Age book in a bag his Mother had packed for him that reawakened his spiritual connections and took him on a five-year journey from depression to happiness.

Working as a Diplomat, he was exposed to surreal moments that supported his journey of self-discovery in ways he could never have imagined. He escorted George Bush to the toilet! Saw the first hand reaction of Tony Blair being told about the 7/7 London Bombings. Worked in Iraq for eight months. Taught a Major in the Army how to meditate & practiced Tai Chi in body armour. Chris was under attack from rockets most nights & came close to death twice. He worked in Burma during an uprising, where he flouted the security restrictions imposed on him by travelling with a Monk to his retreat, and learnt life-changing lessons in the process that gave him the inspiration to write The Lost Keys. This Monk told Chris that he had reached a stage in his spiritual development that most people only begin to touch on during their middle age.

Chris also worked for the Prime Minister, David Cameron, for two years as his assistant, and was very privileged to witness some incredible, awe-inspiring events. He then went to India for a three month meditation and yoga retreat where he decided the time was right to publish The Lost Keys.

He has travelled the globe with work, and privately, learning and absorbing everything in his path, and all of this by the tender age of 28. These secrets to happiness, discovered in the last five years, are shared openly, honestly and with humour. Each chapter is a Lost Key, a lesson or two that will help the reader unlock their own secrets to true happiness.