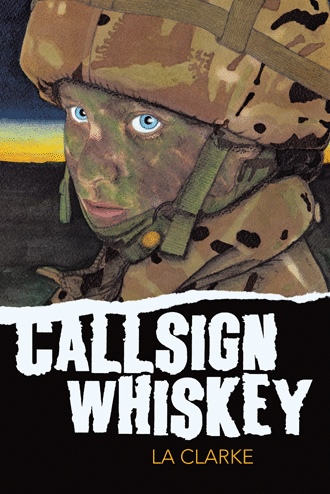 The radio crackled, rendering the voice almost indecipherable, then loud, clear,
“Contact! Wait out!”
Banter stopped, the Ops room froze, faces etched with concentration and apprehension. Firefight, where? The Spring offensive by the Tableban had failed spectacularly to materialize. Instead ISAF forces and enemy alike had sweltered in the unyielding sun, heat sucking up moisture, drying the saliva in mouths. Both sides rendered exhausted by temperatures that could burn feet on metal, fry an egg on a land rover bonnet.
“Casevac rep.”
The Watchkeeper flashed a look at the Ops Officer. Captain Sam Walton’s eyes widened, cheeks hollowed by a diet of dust, coffee and cigarettes, an altogether more appealing option than the daily meals of sausage and beans. For the love of God who issued rations of sausage and beans in 50 degree heat anyway? Imperceptibly he nodded, the junior officer, fresh out of Sandhurst grabbed his pencil. As the Lieutenant he needed to capture this radio message, needed to get it right. First time.
“Call sign Romeo Romeo Charlie Patrol Base SANGHOLE...”
The where.
“0950zulu…”
The when.
“Zap number Whiskey10567290, Zap number Whiskey10567293.”
The who.
Mouths dropped open. Despite the spatter of GPMG, the whoosh of RPGs the Platoon Commander continued his report of an attack unphased. Whiskey meant a woman. It caught the attention. Whether that was wrong or right was beside the point. The point was there were only three women in that location.
Tom Fellows, the ISTAR lead snapped round, scanning Sam’s face for the same realization. Eyes locked, Sam blinked, peering out to the heli pad adjacent to the sweaty Headquarters. The whop, whop, whop, of propellers firing up; the Medical Emergency Reaction Team already on alert. The Ops team waited.
“Cat A.”
Sam felt the blood drain from his face. Tom made to speak, saw the hardening of Sam’s jaw and stopped. The radio crackled again, irritated tutts permeating the air, frustration at the intermittent signal, annoyance at a distraction.
“Over?”
The young Platoon Commander waited for an answer. MERT were there first.
“Roger that Romeo Romeo Charlie. This is MERT wheels up in 1 minute. ETA at your location, figures zero five minutes. Over?”
“Roger that, out.”
The heli’s engine blasted hot dust into the Ops room, scattering papers and fag ash, moving around the fetid air, the stench of sweat, of stale coffee. The noise shook the corrimec’s walls, rising to a crescendo, until it was above them and gone, leaving behind a small dust devil dancing a circle, collapsing in on itself, as if defeated by the heat.
Silence reigned. The Watchkeeper looked over at an ashen faced Sam. Something was wrong, they’d had these casreps before, why was the Ops officer so still?
“Paul send the signal to PJHQ now. NOW!”
He strode out, throwing open the door, allowing a dust cloud to pile in, the heat to surge over them, and still no one said a word.
Paul swallowed hard. Christ wasn’t CAT A? Wasn’t that multiple limb loss? He wished he’d paid more attention back in the Royal Academy, snoozed less, written more.
“Errm Tom?”
He saw how Tom had made to go out after Sam, how everyone seemed to be acting in slow motion. What the hell was going on?
“Paul? You happy with the signal?”
“I…I’m sorry Tom but CAT A?”
Tom knew eyes were on him, that despite heads bowed, Senior Non Commissioned Officers, SNCOs and Junior Non Commissioned Officers, JNCOS alike, Sergeants and Lance Corporals, focused on the reports being fed in by every other callsign, all of whom would have heard the contact, all of whom would have heard the casualties, they were all listening for him to say what everyone was thinking.
“CAT A. most serious Category of injury Paul. They’ve lost limbs. Life threatening. You need to get the signal to PJHQ now. It needs to hit their Units fast, compassionate chain needs to kick in so the CNO can get to the families. Clear?”
“Clear.”
Paul began typing. The format engrained on his mind. CNO. Jesus. Some poor bastard back home was going to have the worst working day of his life shortly. As Casualty Notification Officer he would have to break the news every family dreaded, every soldier feared. He sped up his typing.

Captain Dan Grey was pouring himself a very large Glenfiddich. He could not believe he was finally here, at Rachel’s, two weeks leave, about to have the first alcoholic drink in 2 months. He was shattered, but so relieved to be finally out of uniform, in civvies, in the flat, not theirs, Rachel’s, but hopefully soon, he’d move in too. He looked up, seeing her stirring ragu, long auburn hair twisted up casually, tendrils hanging loosely, framing the nape of her neck. Apron, wrapped tightly around her tiny waist. He smiled, felt the heavy knots of stress, exhaustion slowly loosen in his shoulders and he knew he was making the right decision. Slumping onto the sofa his mind drifted back to Lucas and the conversation in the Mess. Dan had been in a hurry, he wanted to avoid the M25 and Rachel had said supper would be on for 7 with the implication hanging in the air. Don’t be late, not this time, not again.
“So, thank fuck that is over. I am gonna get so right royally hammered in London I cannot tell you.”
Lucas had raked a hand through hair well overdue a wash. Their faces still stained with cam cream despite brillo-like scrubbing in showers. Flushed, Dan looked up from writing in the warning in/out book. He was going to be out of this bloody accommodation for a full fortnight. He couldn’t remember the last time he’d had leave, the tempo had been relentless, and today Dan had realized unsustainable.
“You enjoy mate, I’m off.”
“You all right Dan? Bit quiet?”

Helmand, Afghanistan, a Contact Report crackles through on the radio to a backdrop of gunfire. Casualties. A Taliban suicide bomber ripping through an Allied Patrol Base. The wounded are listed to the Operations Cell in Lashkar Gah, business as usual until Callsign Whiskey is relayed. Twice. Female casualties raises heads, at a ratio of 15:1, women are a minority, not just in Lash but the entire Armed Forces. Two female injured, life threatening at that, is a bitter blow.
Following three commissioned Officers entering the grueling world of ammo, weapons and field-craft, Army Officer training makes no compromises male or female. All thrashed at Sandhurst, the famous Royal Military Academy that trains monarchs and civilians alike. Training Exercises will see feet bleed, hallucinations from sleep deprivation and carving out camaraderie. Finally the successful move onto the Regiments that will hone skills and Operational Theatres that could kill them...

LA Clarke served for 10 years as a Military Intelligence Officer in the British Army, commanding troops in Northern Ireland and Afghanistan as well as serving on the Staff at the Royal Military Academy Sandhurst. She now lives in Gloucestershire working as a Consultant in Leadership and Change.