The Journey of Earth Acupuncture 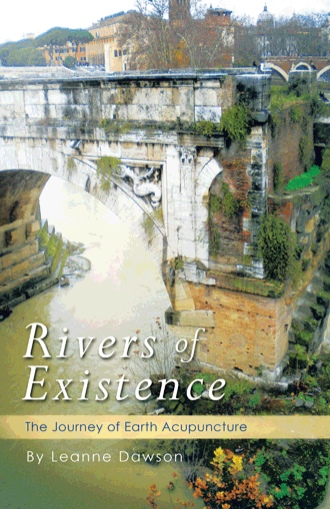 The earth and humanity are now going through an immense transitional change. In the period of Earth’s long history we are seeing countries that have evolved and also within that evolution comes the destruction of the planet, its waterways and the oceans. Problems such as climate change, extinction of animal and plant species and collapses of old economic structures are daily occurrences taking place all around us.

These changes are now becoming a part of everyday life; this is transition time for earth. It will take great courage and compassion for all of humanity at its deepest levels to make this a more comfortable journey for us all.

Earth Acupuncture is one modality that gives back to the planet through releasing blocked toxic energy held in the earth allowing a fresh vibrant release of positive energy flow that benefits the planet and human kind.

Getting onto Google I read that Mont Saint Michele was once a huge church and a pilgrim site where devotees would walk for many miles sometimes on their knees, to reach this destination to be blessed, absolved or healed of some affliction or illness.

The thought of actually going was now a strong possibility. For me this was a new beginning. I was in a new home starting out again as a single Mum. This did seem like divine intervention.

The New Age, what an exciting time; we were pushing the boundaries of conventional living and paradigms. I knew this was exactly where I needed to be at that moment in time. The planet was going through a major shifting, some say its axis. The earth was going through change and all those who heard her call responded; this call resounded strongly in me.

I had heard of the possibility of the Earth shifting poles and what made a lot of sense to me was the revelation that the earth could be shifting on its axis and speeding up. It certainly seemed like it at times as life seems to be flying along at a galloping pace.

Author and Geologist Gregg Braden[i] of USA who is known as a scientist and visionary had done a lot of research into these studies and it appears that the earth has a heartbeat and it is this heartbeat that is speeding up. The end of the Mayan calendar in 2012 is also part of the earth’s changing prophecy along with the biblical tales of Armageddon.

With all these prophecies and information in the back of my mind I thought it reasonable to feel that my work may be of use at this what seemed like a critical time.

Mont San Michel is surrounded by the sea and is approached by a causeway. Many a pilgrim would die or be sucked into the muddy quicksand that surrounds the tiny island. Even to this day the car park is swamped by the rising tide and every day cars and buses are stuck in the car park until the tide goes back out. Mont San Michele was and still is known as a place of miracles and there have been many over the centuries including its conception. The spring that supplies the island with fresh water is known to have healing properties it is called St Aubert’s spring. Many people go to sample this water from its sacred well at the. I also read that it had been used by the governments of the past to house political prisoners and was used as a jail for some period of time throughout the French Revolution. It is a site that fought off a particularly horrendous attack from the British in the 15th Century and gave rise to Joan of Arc’s support of France’s King.

In my meditation I felt the old embattled energy stuck in the land. It felt as if it was permeating throughout the Abbey and needed clearing as the old energies were in discord with the vibration of the Earth’s new dreaming track. This old pattern seemed to hold back progression towards this change and new ideas.

One area I viewed that seemed most in need of clearing was the altar area of the cathedral or the Abbey as it is called. The spire seemed somewhat heavy with dark, cloudy energy that pervaded up from under the ground and rose to the top of the spire. My work for some years had been clearing house properties and businesses of old stagnant energy. The space clearing process is called Earth Acupuncture and is an ancient aspect of Feng Shui. I seem to have an affinity working with this modality and love seeing old energies dissipate leaving an area and clients with feelings of clarity, light and peacefulness.

My journey took me to England, USA, and Europe, through the guidance of Archangel Michael, activating Earth Acupuncture healing on major ley lines and power sites. The trip was life-changing, in that it provided me with answers to life’s mysteries which I had been searching for and unknowingly found the love of a partner. This book delves into the following topics.

• The heart healing aspect of the modality.

• How to find and what to look for in a black stream.

• How to work with angelic beings and elementals.

• Examples of the space-clearing process.

• The dowsing response and how to work with it.

Earth Acupuncture is a technique that sends healing to an area of environmental distress, restoring balance to the land and provides emotional and spiritual relief to the people who inhabit the area.

The process of Earth Acupuncture is built on the concept that there are many energy lines that crisscross the planet. These lines or grids have been mapped out and named by many dowsers who have journeyed across the globe.

Many of the sacred sites across the world such as Chartres in France and Stonehenge in England reside over these energy grids. However, these energy grids can get out of balance when affected by catastrophic events such a war, famine, and human atrocities. When these events happen, the energy that was once sacred, clear, and flowing energetically can turn into a black stream, absorbing and carrying with it energy that can have a detrimental effect on the mental, emotional, and physical health of all.

Leanne is a teacher and practitioner of several healing modalities and has a small business in the Yarra Valley called Newlife Reiki Solutions. She is qualified in the practice of geomancy and Earth Acupuncture and is a Master Teacher of Newlife Reiki Seichim and has a diploma of solutions-based counseling. She is a member of IICT International Institute of Complimentary Therapists. Since 1995, Leanne has facilitated many earth healings in Victoria, Australia. She has also traveled to France, England, Europe, and America to conduct Earth Acupuncture on many sites.