Don't Play with Me, I Am LIFE 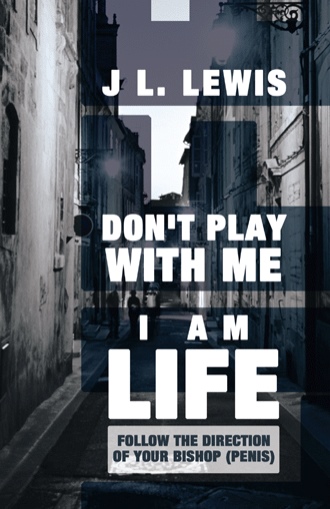 “As I read Don’t Play with Me, I Am Life, in this practical call to personal holiness, John deals boldly with the strongest attacks on the mind, body, and spirit of the young men of today. We cannot waste time playing hide-and-seek with lust and its consequences. John went back to his childhood and chronicles his subconscious mind as a sexual being. His young life as a boy has earned our trust by sharing his prospective from a biblical point of view. His wisdom on the true nature of lust will not only inform but challenge every Christian male. He shares that the main issue with sex is that it hinders us from seeing and savoring the glory of Christ and that not knowing the purpose of our sexual urges hurts us and dishonors God. So, for your joy and Christ’s honor, I commend this book to you. It is realistic, practical, and hope-giving because of uncompromising grace. The pure in heart will see God. If you want that insight, let Don’t Play with Me, I Am Life by John Lewis help you on your journey to manhood. It is a beautiful blend of grace and truth. John raises high standards of holiness while carefully avoiding legalism. His honest, biblical, while practical and compelling forthright is refreshing. “John Lewis has written a book about sexual purity that can be read and applied by both men and women. He shows us in practical and specific ways how we can grow toward God’s standard—absolute purity in mind and body. I highly recommend it.” —Ray Morgan, PhD, marriage and family therapist, Insight for the Family, Inc.

Born in Trinidad and Tobago, JL Lewis immigrated to the United States. He is president and CEO of Jamlech Construction Company and Reason and Truth Ministries. He is the author of Marriage To Whom Am I Cleaving, a speaker Apologist and minister of the whole Gospel of Jesus Christ, He is the husband of Gabrielle and the father of JaaEL and Faith.