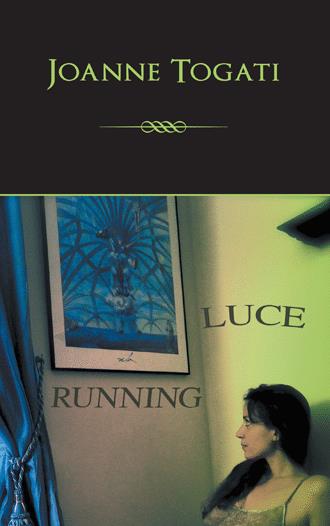 The characters of the ballet were narrating an expression of human nature, and it seeped into my subconscious before I could understand it with my conscious thinking mind. And then, as the Swan Maiden lifted into the air, suspended as if she were really flying, it looked as though she were stopping time. I felt the timelessness of that moment as I watched her. Everything went quiet. The city fell away beside me. The seats in the theater went empty and everything for just that moment felt so right. I thought to myself, that this is what I must do: find a way to stop time. When I was older, I did some research and learned that I had discovered the path of Tantra, and that union in the most spiritual sense can suspend the law of duality and in such a state of ecstasy and rapture, a person can experience the unconditioned state of absolute illumination. Then a person could feel the true illusion of time, and from that place, what the Yogis call the Royal Path, can one know the truest sense of freedom possible. I didn’t really know how I could begin thinking that at such a young age, or what it meant to stop time exactly because no one talked about those things. I just knew that it was something inner that I needed to accomplish. My inner voices talked about timelessness and transcendence and urged me relentlessly to find a way to experience both states. Stopping time meant being timeless, in essence transcendent. I wanted to become that kind of person, present in each moment like a mirror reflecting the world around me, not missing a single hair, capturing it all, becoming its very reflection, its’ very mirage, because then I could do something, I could become something very powerful. It wasn’t a false sense of power I was looking for. It wasn’t the power to control others or to have millions of dollars, but the power of controlling my own mind, like taking the reins of a very willful horse and turning it into a thoroughbred. Then I could sink into the hollows of a pure calm that I imagined existed when all the chatter stopped. These were very deep thoughts to have for a person as young as I, but I was thinking them however unusual as that may be, perhaps because no one seemed to have that calm around me, especially not my mother. I also recognized that I didn’t know how to do any of that. I certainly didn’t even know where to start, but I was willing to find the answers. I never gave up when I truly desired something. My father had introduced me into the world that I was going to be a part of during my entire childhood into my early twenties. He was part of that world too, even if only as a spectator. He was engaged in the beauty and magic of it just as much as I was, yet I would be lucky enough to live it in the flesh.

Violette Giordano is a young ballet dancer of Italian heritage living in New York City, with everything to look forward to, but her estranged relationship with her father and near non-existent relationship with her mother have taken a toll on her productivity and all of the relationships in her life. Struggling to find the meaning of her own existence, she learns to create a new life for herself without the familiarity of the classical world she has come from, where palaces and ancient cathedrals had made up the landscape of her childhood. The only world she knows, with all of its pains and illusions, is beginning to shatter. As Violette feels the floor beneath her slipping, she confronts the very demons she will have to face if she ever wants to know true success, all the while learning the hardest lesson of all for herself, that of self-love.

For those who loved Black Swan the film, but wished there was a better story to follow, Running Luce will satisfy that wish.
—Peter Mansfield, Publisher of New You Magazine

Joanne Togati is currently residing in Paris France where she is performing her latest album Wild. She is the inventor of a superfoods formula that is an organic cure for Eczema and she spends her time between Europe and the United States. She received her BA of English Literature from Brooklyn College and was the recipient of the Academy of American Poets Award in 2004. You can follow her music at www.JoannaTogati.com.