I Have Worn Both Pairs of Shoes 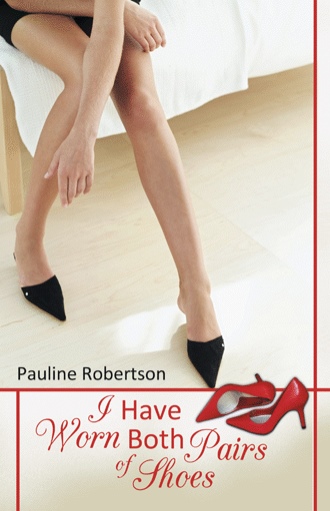 The journey of Pauline, as she ends a marriage and travels to live in Southern California, her ultimate dream at the time. She goes through personal growth, empowerment, and life changes on her own for the first time at the age of thirty-eight. She is enjoying the lifestyle of living in Southern California, starting her career over after twenty years, dating again after twelve years, and finding answers to her most sought-out questions.

Pauline Robertson has been inspiring people for many years. Pauline wants to share her personal journey of empowerment, inspiration, personal growth, and overcoming challenges that can change your life in ways you never thought of. Having gone through life’s experience of change, she has learned to take things in perspective and always look at the positive outcome. Many people who are close to her have encouraged her to share her journey. She has finally taken the time and dedication to share her story. As a life coach, Pauline now enjoys empowering and inspiring others through her workshops and personal sessions. After going through a divorce, she decided to be happy and live her dream. Through this, she has grown personally and has accepted the changes in her life for the better. Pauline Robertson now lives in the Boston area, where she enjoys being close to the ocean, where she finds her most inner peace.