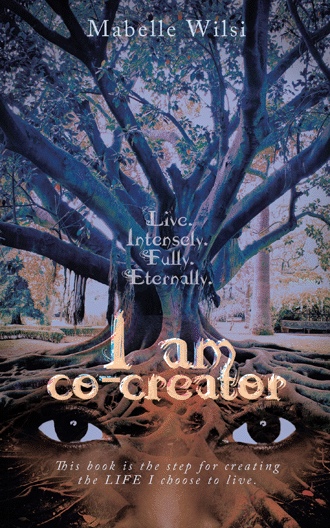 There were 2 people in my life that I was ready to die for. One was my dad. When he was sick, I told myself that if he needed a heart transplant, I’d kill myself for him to have my heart,so he could continue on living. The other person was my baby brother. Even though I had a sister a year younger than me, when my brother was born 4 years after me, I became really close to him. Close to him to the point that I would’ve given my life away so he could continue on living. Here is what I have learnt: with all the love I have for my dad, he passed away when his time came. With all the love I have for my baby brother, he decided to follow the recommendation of a church to no longer interact with me. SO the lesson is: I can and will never be able to save someone. My life is sacred and is to be lived by me fully. Eternally. I am the master of my own destiny, no one else is. In the same way, I am not the master of anyone else’s destiny. Being aware of this, I am choosing to step away and let everyone be the MASTER of their own DESTINY.

Born in Ivory Coast- having later travelled around, and lived in, various parts of Africa, Europe and Canada - Mabelle Wilsi has led an exciting, adventurous and richly inspired life. Not only is Mabelle one of nine children, but also she is the daughter of a once well-known and revered holistic healer. Prescribing traditional medicine along with alternative energy practices, Mabelle’s father - when alive - healed many patients who suffered from what were thought to be incurable diseases. After her father’s death, Mabelle realized she, too, had special, unconventional healing abilities: she could heal through touch as well as with the universe power. Around this time, Mabelle also began tapping into her divine spirit and discovered she was highly intuitive; she began receiving guidance as well as sacred messages from above which offered her many helpful insights. In later years, Mabelle went on to study, and become certified, in a number of alternative healing modalities such as Hypnotherapy, Reiki, Psychosomatic healing, Emotional Stress Relief and what is referred to as Touch for Health; in addition to healing others, these practices have also helped deepen Mabelle’s connection to her father and spirit guides with whom she communicates with on a daily basis. At the moment, Mabelle’s latest endeavour is to develop a self-sustaining orphanage in Togo; this, too, is a mission inspired by her divine contact. Mabelle happily and whole-heartedly continues her journey, quieting her mind and listening to the profound guidance from within: she neither questions nor doubts her knowingness, having ultimate faith she is always steered in the direction she needs to go, to grow and fulfill her purpose on Earth. In addition to surrendering to her higher power, Mabelle encourages others to look within - for divine inspiration and guidance - as well. In the wise words of the venerable Carl Jung, “Your vision will become clear only when you look into your heart. Who looks outside, dreams. Who looks within, awakens.”