Discover Your Self Worth 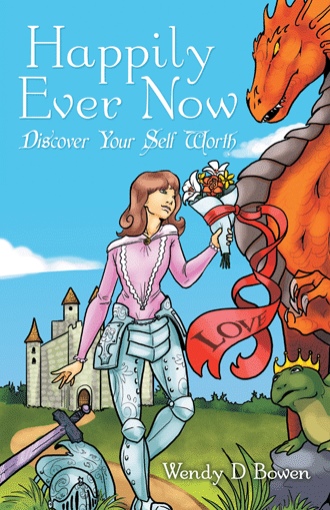 Once upon a time in a land not so far, far away, lived a beautiful princess. At one time she might have known she was a beautiful princess. She did not know it now though for there was a spell that had been cast upon her, which made her unaware that she was a princess at all. It was a dark shadow that blanketed the light within her, not allowing her to see her true beauty.

The spell had caused the beautiful princess to seek validation of her worth and beauty outside of herself. She discovered at an early age that she was able to gain the attention and approval of others if she did what they expected of her (or what she thought they expected). The feelings of acceptance and love resulted and pleasing others was reinforced. Pleasing others to gain their love, approval and acceptance would come at the expense of the princess. That was part of the curse.

The beautiful princess met a few princes along the road that she traveled. One day she met a prince with whom she fell madly in love. He was charming, romantic and kind. The princess had always dreamed of getting married. Despite her deep love for this prince, it was not the Happily Ever After fairy tale romance. The prince chose another, and the beautiful princess’s heart was shattered into several pieces. The princess felt betrayed, abandoned, unworthy, and alone. There was a huge hole, and emptiness within her. Unable to fully trust her heart again, she locked it up in the dungeon where she thought it would be safe.

In order to fill the hole inside of herself, where her heart had once beat so strongly, the princess busied herself with a career of serving others. For it was easier to take care of other people’s problems than to look at her own. She was still under the spell.

Happily ever after is what we are conditioned to believe we should strive for. If there was a book with the rules on dating, I am sure that I have broken every one. Our journey to discovering self-worth and self-love is paved with some heartache. The road has potholes that we fall into.

Have you ever felt alone when you were with another person? Have you ever had a heartache? Perhaps there have been instances where you did not feel quite good enough. Have you ever wondered why you feel this way and if there is anything you can actually do about it?

In Happily Ever Now, you will travel with Wendy on her journey from her first love to the present time. You will gain insight as to how an outgoing, athletic, scholastic young girl could have issues with confidence and self-esteem. Wendy will, from her own experiences, share with you some of the potholes you can hit or fall into. Wendy will also share how she climbed back out and some ways that we all would benefit from to help us avoid these potholes.

Throughout Happily Ever Now, Wendy will share some of her favorite quotes as well as some of her own poetry.

By sharing her experiences, Wendy hopes that you will find your road to self-love and self-worth, and be able to live Happily Ever Now.Happily ever after is what we are conditioned to believe we should strive for. If there was a book with the rules on dating, I am sure that I have broken every one. Our journey to discovering self-worth and self-love is paved with some heartache. The road has potholes that we fall into.

Wendy Bowen was born in Toronto Ontario to Harold and Janice Bowen, but called Peterborough Ontario her home. She obtained a bachelors degree in Kinesiology from the University of Waterloo, then her bachelors in Physical Therapy from McMaster University.

Wendy is a holistic therapist, who believes strongly in the mind, body, spirit connection. Her journey has been guided by many great inspirational teachers, such as Wayne Dyer, Carolyn Myss, Cheryl Richardson, Marianne Williamson, and Robert Holden. It has been through the application of what these inspirational people have shared, that has guided Wendy’s own personal insights, healing, growth and development. And through this process, Happily Ever Now was born.

Wendy currently resides in Chemainus, British Coloumbia, and has a successful Physiotherapy practice.