4 Powerful Words that Changed My Life 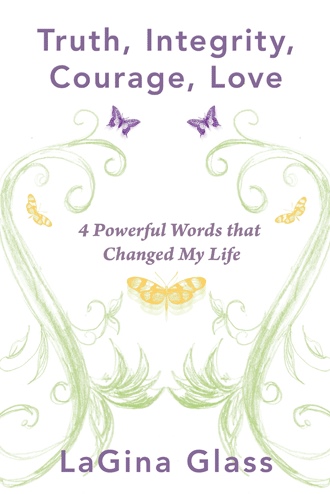 Chapter 1: Introduction
What If?

A few years ago I read the book, Your Soul’s Plan by Robert Schwartz and in the book he shares stories and accounts of pre-birth planning. A pre-birth planning session is a gathering of one’s Soul Group to plan the next incarnation on Earth; a time between incarnations. During the pre-birth session a Soul begins to plan the lesson it wishes to learn while in human form. In accordance with those lessons, the Soul plans events to occur during the lifetime in order to learn those particular lessons.

The concept of the pre-birth planning is the basis for some of the healing lessons I have been able to experience. At first read I found it very fascinating yet was not so sure how to apply the concept to my life experiences. I had thoughts around the question:

What if this is true?

If I have indeed planned this lifetime, lessons, and experiences, what are the implications for what I have manifested thus far in this lifetime?

My childhood experiences have caused a great deal of pain for me in my adult life so I began there. I began by exploring my relationship with my Father. At the time I believed I was in a good place with this relationship and was convinced I had healed much of the pain related to my parental issues. Applying to concept of soul planning helped me to go deeper into the relationship.

As an illegitimate child, I grew up with a great deal of pain around my absent Father. My Mother gave birth to three children with my Father and I am the middle child. My Father had two other children with his wife. In our younger years they lived a few blocks from us. He did manage to spend some nights in our household but my memories of the occasions are blurred.

I was very confused about the family dynamics of my early childhood days. With the confusion came a great deal of pain and anger towards my father because he certainly did not honor his obligations as a Father, to care for us three children. It was plain for me to see my half-siblings having their needs cared for; nice home, clothing, and better schools.

Witnessing the way he cared for his other family made me feel as if we were not worthy of his love. He wouldn’t pay any child support and was never able to contribute to the things we needed. Until later, when my Mom had to sue him for child support and in the process we had to take blood test to prove he was our father. I was at least thirteen years old and it was just another blow that he would even deny his paternity.

Let me go back just a bit to the time before I was even aware of whom my Father was. There was another male father figure in my life. The relationship or lack thereof, with my biological father became evident later in my childhood.

LaGina Glass is Author of the book, “Truth, Integrity, Courage, Love – 4 Powerful Words that Changed my Life.” She is a San Diego Reiki Master, Crystal Healing Practitioner, Professional Psychic, Intuitive Coach and Radio Personality offering tailored services combining intuition, energy healing, and coaching to meet the needs of the individual. LaGina is also the Founder of T.I.C.L. (Truth.Integrity.Courage.Love) Institute™ . T.I.C.L., the book, is the Foundation for the institute where we assist individuals and families with tools and techniques for self-transformation using the powerful coaching system we call The TICL Effect™. She was born in Wilmington, California, and currently resides in San Diego. She has a BS in business management and worked for many years as a human resources professional in the retail and wholesale industries. Every individual is born with intrinsic value and divine gifts. It is my personal mission to assist others in developing personal and transformational techniques to bring those gifts to light in order to live a more fulfilling life. Each person already has all that is needed to live life more abundantly regardless of generational and environmental upbringing.” – LaGina Glass 2012 For updates and information please visit: www.TICLInstitute.org or www.laginaglass.com.