How To Survive the Loss of Your Loved One 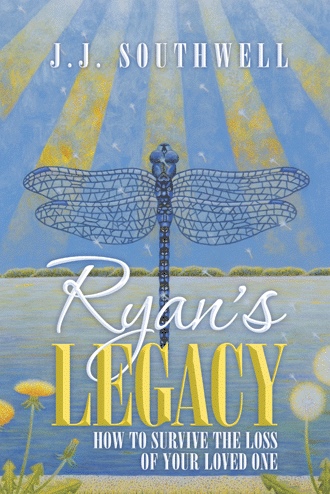 I can’t believe it.
Ryan has died.
He lost his battle with cancer.
He was only thirty-one years old.
Why did God take him so young?
I wish I were dead too.

Ryan had his family by his side when he finally lost the battle. It was a relief to all of us that he was no longer in such extreme pain. I was holding his hand and rubbing the new hair on his head when he drew his final breaths. I watched as his fingernails turned blue from the lack of oxygen. His heart continued to beat even after his last breath. The nurse said to him, “it’s okay to let go now, Ryan”.

Ryan graduated from Ottawa University as a computer software engineer and when he created his own company, the last big thing he worked on was ‘ruby on rails’ which was a new custom software program. He was busy teaching it to friends in Ottawa. He was thrilled to be hired by SAP, one of the biggest software companies in the world, to speak to their people in Las Vegas. They found him through one of his blogs.

How does one go on after the loss of your son? I think I was “numb” for the first year or two. I was in automatic pilot. I had a spouse and two other sons to live for and I had three sisters and a brother who would miss me. Each day I got up and tried to be as normal as possible. I immersed myself in books about death and the afterlife. I learned that we should get a ‘sign’ from our loved ones so that we would think of them when we see the sign and they would know that we are thinking of them too. Ryan left me the sign of a dragonfly on the sign-in page of my computer that I loaned him to use while he was only able to lie down. I recorded my sightings and soon got to over two hundred in the first year alone. It made me smile each time I saw another dragonfly and believed that Ryan was with me when I found them. Be open to the possibility! I read about two hundred and twenty books about death, the afterlife, Reiki, reincarnation, past lives, hypnosis, angels, intuition and other related topics. About twenty of them I read twice because they really spoke to me.

People grieve in different ways. What worked for me may not work for you. What works today may not work tomorrow. You will have ‘down’ days. Some days I just wanted to stay home in my pyjamas but I knew this was not the best strategy. So I would force myself to get up and get dressed and go out and do something more productive and social. At least I would be moving in the right direction to get on with life even if it was only a baby step.

Yes. I blamed God for a little while. Then I realized that I needed him now more than ever to survive this terrible tragedy. I never prayed so much in my life, both when he was seriously ill and after he passed away. I still pray for him now. It is rather like a bank account of grace to help get him closer to God in Heaven.

Reiki (hands-on healing) was a major part in my healing process. I took part 1 for self-healing. I later took parts 2 and 3 and finally Masters. I like to think that I am honouring Ryan by using an alternative therapy to help others too. I also tried yoga, meditation, hypnotherapy, aromatherapy and angel cards. I dabbled in other areas such as automatic writing, gemstone and crystal healing and the pendulum. These were tangent subjects but they caught my attention at the time.

My husband, Bob, was my ‘rock’ and my greatest support through it all. My family was really there for me too. It is absolutely necessary that you allow both family and friends help you through this trying time. They don’t always have to do anything but just be there for you. Sometimes just allow yourself to hang out with people that love you and care for you.

I visited four psychic mediums searching for information about Ryan and trying to create a link to him. It may seem that I was desperate and I was. I found the experience very exciting and informative. They gave me information about Ryan that they could not possibly have known unless they were getting messages from the spirit world. They started with information that I knew was accurate and then I wanted to believe the other messages that they passed on from him. It certainly helped me to believe that he was on the Other Side and doing very well and no longer in pain. I share some of the information from each of my psychic mediums and my tarot card lady with you and you can see if you believe it is possible. Through all of the visits with my ladies I felt I was being led to live my life in a certain way through a series of synchronicities. There was an overlay of messages for me form Ryan and from other spirits to encourage me to move on with life in a particular direction. I will share.
Ryan was not the only deceased relative that I heard from.

People don’t feel comfortable talking about death. They don’t want to talk about what happens to anyone after they die. They don’t talk to people about survival afterwards.
They don’t want to make plans for their own imminent death. It is going to happen. Death is a part of life.
It is time we started talking. Bring the topic to the forefront so it is not as an uncomfortable topic to discuss. Your friends and family need you to help them on their healing journey. You should be there for them.

After the loss of her son, J.J. followed her thirst for information on the afterlife (Heaven), reincarnation and past lives. She received Reiki (hands-on energy healing) treatments and subsequently became a Reiki Master /teacher so she could treat others. J.J. also practiced angel card therapy daily for herself and others if they were interested. While visiting four psychic mediums and a tarot card reader, J.J. “spoke” to her son receiving amazingly accurate information from him and other spirits that helped her with her healing. She will share this inspiring information with you. J.J. details the first three years after Ryan’s passing and hopes that relaying her trials and suggestions for dealing with them will assist YOU on your healing journey too.

J. J. is a retired elementary school principal. She has a B.A. in psychology and a Master’s in Education. With her husband, Bob, she has three sons: Derek, Ryan, and Jon; three stepchildren: Rob, Vicki, and Charlene; and four grandchildren: Kris, Michael, Tanner, and Mackinley and another granddaughter on the way. Since her son Ryan died of cancer three and a half years ago, she has read 120 books and trained to be a Reiki Master/teacher to help with her healing journey. She practices with four decks of angel cards daily for her own purposes and will do a reading for anyone who wishes. J. J. has visited a number of psychic mediums, a shamanic practitioner, and a tarot-card and tea-leaf reader in order to have a link with Ryan. In this book, she would love to share with you the knowledge she gained and messages received from her deceased son.