Spare Not the Rod 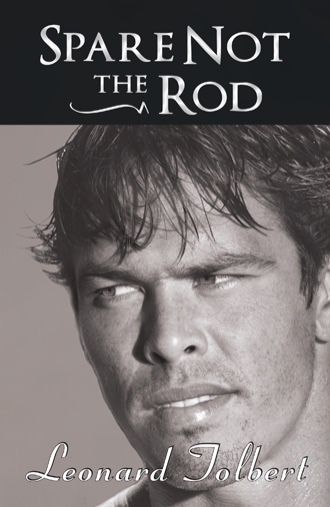 Jake Boddine had two firm rules. He never bullied or pushed anyone at all, but if you messed with a lady or a friend, you had a very big problem. Just ask Johnny Cooper. He broke both rules and paid a very steep price.

One night Johnny badly insulted Jake’s girlfriend, Millie, at a local hangout. Jake was across the room feeding the juke box when he heard a commotion. Millie had stood up and was really telling Johnny off. Jake found out what had happened and the party was on.

“Johnny, you have about three seconds to get out that door and into the parking lot and I’m going to help you!” With that Jake jerked him up and outside.

“You leave me alone, Jake! I ain’t done nothing,” Johnny pleaded.

Jake then told Johnny to take the first punch. Johnny then gave Jake his best shot. Jake took it and just stood there smiling and then he became a human buzz saw and completely tore Johnny apart. When it was all over and Johnny had about 20 minutes to recover, Jake made him go back inside and apologize to everyone there, especially Millie.

Hardly a word was spoken. The people couldn’t believe what they had just witnessed. But as time passed there were many, many more surprises in store. Jake Boddine was one hell of a man in all ways.

Jake Boddine was a loner. He had no friends, yet always seemed to know everything that was going on in town. His only contacts were the local toughs and several from out of town who just had to challenge him. They all went home limping with their tails tucked between their legs.

One day, Jake happened to meet four slightly younger guys. This was the beginning of a relationship that led to a chain of events that staggers the imagination. It was a circle of friendship that totally changed the lives of these young men and everyone around them. It became a life of action unlimited.

The one sure thing these young men knew is that no matter how tough it got, these guys had their backs. And man, did that ever come into play over the years. They totally shared the tragedies, the fun times, and the action. They shared complete and full lives.

Leonard Tolbert was born and raised in Breckenridge, Texas. He is a retired football coach with thirty-seven years spent in the high school and semi-pro ranks. He has spent his career in many regions of Texas, giving him a wide view of many cultures. His association with so many young men, coaches, parents, and fans has left him with a lifetime of stories. He is now retired in Brownsville, Texas, enjoying the beaches, his friends, his pets, and golf, as well as writing his stories.

He is thankful to an old coaching friend, Frank Riney, for insisting that he write the book. He is also thankful to several other friends who inspired him to continue and finish the book.