My Tutorials from the Other Side of the Looking Glass 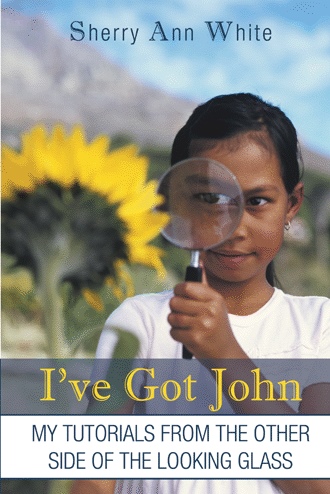 Preface
A Promise Kept
On Christmas morning of 2008 I made a promise to my seven year old niece, Shannon, that one day I would take her on her first horse ride. Her father, who was gravely ill, over heard me make this promise to his daughter. Our eyes met at which time he gave me a wink and a smile. Less then a month later, on January 20th, he was in Paradise.
On July 26th, of 2010, I was able to fulfill this horse back promise. On that sunny southern California morning, Shannon’s mother Bobbi, her brothers Dale and Shane, my grandchildren Kyle and Olivia along with myself, saddled up for an hour and half horse back adventure.
Before the children could mount their steeds, they were given the dos and don’ts of horsemanship from their cowgirl teacher. I watched as Shannon intently listened to every word of advice given to her. Bravely she climbed up onto the saddle and held the reins. She looked back at me and flashed me a very nervous smile, all the while holding the saddle horn with a death grip.
Off we went. In a single line. First our cowboy leader then the rest of us. I was at the rear of the line where I could keep an eye on all the buck-a-roos.
After riding along the dusty trail for about fifteen minutes, we all noticed a beautiful ancient elm tree where perched high on top was a magnificent Peregrine falcon. The falcon watched our every stride. He felt to me like an old friend. It was a few minutes after this that I felt a cool breeze flow by. I even felt a slight chill come on which caught me by surprise as this was a very hot day with temperatures in the 90’s. I gathered my reins of my horse, whose name was Rope, and ran my hands along his mane.
The chill soon disappeared to be replaced by a very relaxed calmness. I looked ahead at our group of riders to see Shannon’s pony tail bouncing along with the gait of her horse. Then once again that strange cool breeze came upon me.
Then I heard a whisper in my ear say “Thank You”. I knew instantly that it was Doug, Shannon’s father. “Your welcome”, I whispered.
We rode along in silence. Each of us in our own world. We soon came upon a sign which was an advertisement for glider rides at the nearby community airport.
I asked Bobbi, my sister in law, if she was ready for our next adventure? “How about a glider ride”. Bobbi then told me about a birthday gift she had given her husband, Doug, many years past. This birthday gift was a glider ride. She told me that Doug had told her that this was by far the best gift he had ever been given. That this glider ride was a life time memory for him.
I then knew that Doug was informing me that this horse ride would be a life time memory for his children.
It was after reflecting on this message that I came to realize that Doug’s spirit was now watching the seven of us ride by through the eye’s of the Peregrine falcon we saw sitting high upon that elm tree. Seconds after this, the falcon soared by our group on wings of magic. Gliding silently as he did when Doug was flying in the glider many years past. Only this time he was flying in the company of Angels.
Three days later I was back home getting ready for another day of work. I had the Golf Channel on as I did my book work. It was then that a commercial aired which was to confirm to me Doug’s message to perfection.
This commercial featured a young child. A message ran across the bottom of the screen which read:
“The smallest moments in life can make the biggest impacts on a child’s life”.
“Take Time to Be a Father”.
Then incredibly, at the far right of the screen appeared a small image of an eagle, or it may just have been a Peregrine falcon, in flight.

Dedicated to our mother “Dixie”

My mother knew and understood my love for music and especially my love for the Beatles. Allowing me to cover my room from floor to ceiling with pictures of the Beatles taped to every inch. I pleaded for a Beatle record player, Beatle dolls, jewelry and of course tons of Beatle magazines. She also took it in stride when her eldest daughter started to wear a Beatle wig.
Mom supported most my crazy ideas when it came to the Fab Four. One of those ideas’ was to have an English tea party on my thirteenth birthday with my Beatle loving bird (girl) friends.
Mom helped me set up for this gala event. She made English bread pudding and served us hot tea. A grand time was had by all. We sipped hot tea and ate pudding while we listened to the latest Beatle songs. We were so British on that glorious day.
Mom had a little joke she would play with me. She would call all the Beatles “Ringo”. Telling me “well, they all look the same to me and Ringo is the only name I can remember.” I do remember her asking me one time “who’s this one?” as she gazed at a picture of John Lennon. “He is very handsome”. I told her his name is John Lennon. “Well, mom said, “I’ll still call him Ringo.”
All her life mom loved to sing. At Christmas time if you came to her home during the holidays, you would be asked to sing along with Dixie. Mom was not always in tune when she sang, but we did not mind. Mom’s favorite carol was “Silent Night.” Every holiday season when I now hear this song, I think of mom.
Mom was diagnosed with ovarian cancer on October 2nd, 1980. She lost her battle on December 13th, 1981. She was only 47 years of age.
The night before mom passed my husband and I were with her, as were all her children, husband, sister and many others who loved Dixie. She would go in and out of consciousness and thankfully did not seem to have much pain.
The last night of her life, we turned on the TV. To view together the Jim Nabors Christmas special. We all sang Silent Night together one last time with mom singing the lead as she always did.
Randy (my husband) and I were with mom in the very early hours of the morning when she awoke from her slumber to ask me “Why is he here?” I looked at the doorway she was pointing to and saw no one. “Who Mom? Who do you see?” I asked. “He’s standing right there. What does he want? Why is he all dressed in white?” She pleaded an answer. I looked again expecting to see a doctor or nurse. Again the doorway was empty. Now mom was actually getting aggressive. “Well, Sherry Ann (mom always added my second name when it was important that I listen) you know his name. I cannot remember it. Ask him what he wants”. I did not know what to reply. She fell back to sleep.
The next morning, Sunday the thirteenth of December, at 7:00 a.m. I was at her side when she sighed first then took her last breath. It is now over thirty years. I think of her and miss her everyday. I’ve also wondered who the gentleman was who was standing at her hospital door? Mom just could not remember his name.

Is it possible that I was once a woman who lived first in New Orleans, then in New York City in the 1800s?

The next nine chapters chronicle the life and times of a woman by the name of Sarah Anne Wells, who was later in her lifetime known as Sunflower.

Most of the information within this biography has been given to me through messages in the form of synchronistic coincidence and spiritual readings, private prayer and meditation, hypnotic past-life regression session, spirit photographs, and through meeting many people in this life whom I am sure were a part of my past lifetime. I’ve had many dreams later come true. I’ve also been given little physical gifts that are difficult to explain as just coincidence. These gifts were given to me from someone on the other side of the looking glass.

Once I accepted the possibility that it was possible to communicate with those on the other side of this reality, the memories of Sarah’s life came to me quite easily. They continue to this day.
As I wrote each chapter of her life, she began to feel very real to me. I began to hear her voice, feel how her clothing felt next to her skin, and see her image in my mind’s mirror. Born into slavery then sold into prostitution, I learned through many messages how difficult it was for her to just survive.

My reason for putting all of these messages from Spirit into words is simple. If by reading my book, it provides some comfort and hope, then all the efforts by not only me but all those on the other side of reality, has meaning.