The Falling of an Angel 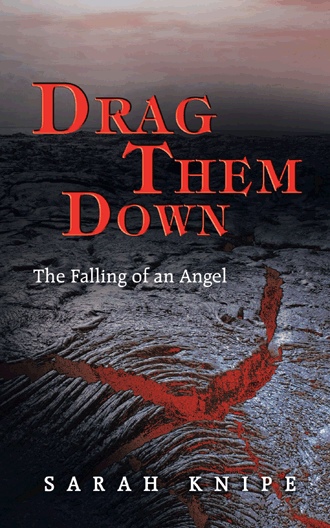 Daniel heard five loud bangs from inside the house. Before he could move a step, the glass doors to the patio shattered. Four men with black ski masks and shotguns stepped out and started shooting everyone in sight. He felt his cousin grab him by his shirt and drag him down into the pool. The gunshots and screams became muffled in the water. His cousin’s body became lifeless as blood trailed out of him into the water.

Daniel’s eyes began to sting from the water. All he could see was the sky becoming a darker and darker red and his cousin floating peacefully above him.

He noticed the screaming and shooting had stopped, and he heard muffled noises near him. He pushed his cousin’s body away from him and moved up to the water’s surface, just slowly enough to get air through his nose. He could start to hear the voices more clearly now.

“Yep, I can check the bodies,” said the second one.

“No, let’s just get out of here before the pigs show up,” said the first one.

“Hey, man, this place seems loaded. We should grab some stuff before we go,” said the third one.

“Fine. You get two minutes. A second over, and we’re gone. You got it?”

Footsteps travelled away from him.

Daniel waited a minute before getting out of the pool. His mind was hazy. He could not think. He could just stare. A ticking noise started in the back of his head. It was soft but noticeable. Bodies swam in pools of blood everywhere. His family was all gone. Men, women, and children—gone.

He walked through the carnage and into the house. There right in front of him was his father, motionless. Daniel led his gazed to his mother and grandmother, both still in their seats. It was hard to tell who they were with their blood-soaked half faces—their other halves splattered around the kitchen.

Daniel had nothing; there were no tears, no sadness, no sorrow, just the ticking getting slightly louder. He heard movement in the room off the kitchen. He walked to it to find one of the masked men looking at items around the lounge room and throwing them aside or holding on to them. Daniel stared at the man, enraged.

The ticking in his head had popped. Something inside of him was gone and replaced with something else. He couldn’t tell what it was. It felt dark, heartless, soulless, but mostly cold and alone. Daniel looked to his left to see his small statue of a woman praying, which Amy had given him for one of his birthdays. He grabbed it.

He walked towards the man from behind. The man turned with shock as he got close. Daniel hit the man across the face with the statue. The man fell down as Daniel stood over him. “Why? Why me?” said Daniel.

“I was hired to. Please, I have a kid on the way. I needed the money.”

“Who hired you?” The rage in Daniel was becoming overwhelming.

Daniel raised the statue. The man shook his head. “Wait! Wait! I think they said something about Victor Romaze. I think he hired us.”

The man nodded his head.

Daniel’s body tensed up, and he started to hit the man over and over again with the statue. When he finally stopped, the man’s blood was dripping down Daniel’s face.

Daniel got up from the man’s body and walked back to the kitchen. He stopped at a bloody drag mark on the floor leading to the bedroom. He didn’t want to follow it, but he did anyway.

As he got to the door of the bedroom, his heart sank to the bottom of his soul. Amy lay blood-soaked on the floor in front of him. He dropped down to his knees at her side. He stroked her blonde, blood-soaked hair away from her eyes. His emotions fell down on him all at once. Everything he had was gone, just like that. He sat there in a swamp of his tears and her blood, cradling the one person that he needed to get through it all.

Daniel Spencer lives a charmed life in his hometown of Broken Hill, Australia. He enjoys the support and friendship of his large extended family, the satisfaction of a high-paying job, and the love of Amy, his wonderful girlfriend. As he prepares to propose, he knows that his life will change in ways he could never imagine. He has no idea how right he is.

At a family gathering, Daniel proposes, and Amy says yes—only to watch his world shatter as masked gunmen murder every member of his family in front of him, including his new fiancée. Even though he alone escapes with his life, something else has died in him—and something else is born in its place.

Now Daniel must decide just how far he will go to avenge his lost family, his lost future, his lost love. In Broken Hill, things are no longer as they seem. The night hides darker secrets than most can imagine. When night drowns the city, hell comes out to play. What will emerge from the cracks in the earth to drag the light and life from the residents of this once-peaceful town?

Sarah Knipe was born in the Australian Capital Territory, moved to Western Australia as a teen, and began to work as an automotive mechanic apprentice. She completed her apprenticeship in two and a half years and now works as an automotive technician for Lexus.