When the Sleeping Giant Awakens Within

Personal Memoirs and Perspectives of Miracles, Wonders, and the Supernatural 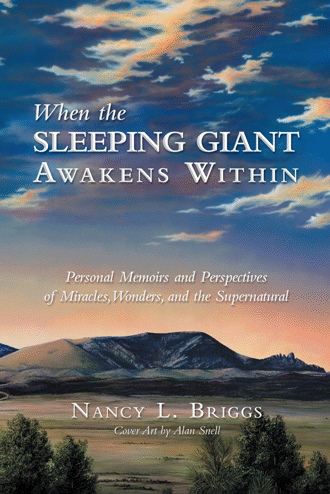 The universe has an interesting alarm clock, and it appears to be set differently to the natural sleep patterns of the human body. It appears to run on its own measure of time, and that seems to differ greatly to the human condition. Is it possible the Mayans miscalculated, or they became so enthralled with offering blood sacrifices, their information is faulty because of the source it was coming from? I am aware many dear souls have had to readjust their body clocks to serve this planet in the off hours. It is not an easy task to keep switching body clocks to interact with the work hours and time off hours. I have done it myself in the banking industry, so those who can stay coherent in such an arena of shift work have my admiration, respect, and condolences. They miss out on a lot of the life the rest of us take for granted, and often do not receive the gratitude they deserve for their sacrifices on our behalf.
The FS and I had retired for the evening around 10:30 and were fast asleep when the universal alarm clock struck midnight. Out of the ethers came the loudest crash I had ever heard, and both of us bolted straight up in bed. We were looking at each other in dazed amazement, and looking around trying to wake up and figure out what that crash was when the fight or flight reflex kicked in for FS. The noise had come from the office across the hall, and he jumped out of bed to see what had caused the commotion. The only way to describe this universal alarm would be to think of a metal cookie sheet hitting a ceramic floor, and then magnify the sound. He rushed to the office, hit the light, and found nothing out of place. Down the hallway he went to investigate the rest of the house and defend his family. While he was under investigation, I leaped out of bed frantically looking for something to back him up with if there was a need. Small dresser lamp … no, I could get tangled in the cord and get hurt worse in the resulting fall. Throw pillow … no, it was ineffective unless I planned to smother someone. I doubt anyone would hold still long enough so I could pull that off.
I finally settled on an Italian marble statue that was about a foot tall as my contribution in the defense of our home. It was heavy and might slow a thug down or buy me/us some time if there was a need. It was a gift from a beloved friend who lived in Italy for a while when he was in the military and it was very special to me. There were no other options in sight, so the “mother with child” would need to be sacrificed in self-defense, and I quickly grabbed it to lend FS a hand. As I stood quietly waiting, I was listening for any sounds of a scuffle so I could surprise the attacker with a quick but powerful blow with the statue. I heard nothing, and decided I had better check on FS or help him investigate the disturbance. As I came down the hall, I found him at the front door checking the lock. “Did you find anything out of place?” I asked him. “No, not a thing, and I’ve checked this whole house”, he said. We both wandered back to the bedroom, checking the hall, bathroom, office and both bedrooms on the way back to bed. FS crawled back in to bed and fell fast asleep.
My adrenaline levels were off the charts by then, so falling fast asleep was not an option, but I crawled in, rolled on to my right side to face the wall, and waited for the stress hormones to neutralize themselves a little. I had just relaxed enough to fall asleep when suddenly some “thing” tapped me three times on the head to get my attention. It’s a good thing I had energy rush reserves lying dormant in my system at the time, or I would have fainted. This was not an ordinary human tap as we have all experienced at some point in our lives. Each time the finger … or whatever it was, would hit my skull, it leveled some sort of electrical or energy pulse. Because of the recent crash scene investigation, I had absolutely NO DESIRE to open my eyes to get a better look at the crash scene survivor, and I lay there pretending to be asleep. Something tells me my acting skills are nil when I’m swimming in a sea of adrenaline, so my dance partner and intended suitor could probably sense my apprehension to interact with the unknown and previously unseen at the time. We DID however, hear him park in the office. Besides, he was a bad driver! If he was crashing through dimensions in to my office, I didn’t want him demanding I take him to my leader in the middle of the night.
“Note to dimensional travelers … please clarify what you are looking for in a leader, if that is where you wish to be taken. We can provide you with the name of the winner of our popularity contest, but they may not fit your description of a leader. You will find them in a large opulent white building in Washington, DC behind locked gates with armed guards so no one can talk to the leaders or ask any questions unless they are invited to speak. We have been advised it is for our own good and protection. If you have access to replicating machines, you will have great success in meeting these leaders if you are able to reproduce what we call cash or money … considered to be something of value on this planet. It appears to be used as a tool to impress others.

This supernatural thriller takes a lighthearted look at the heavy-handed in the spiritual world. It is the true story of one woman’s courage and determination to overcome supernatural targeted oppression and suppression against all odds. Seemingly alone and defenseless, divine intervention would reveal itself time and time again to turn the tide in her favor to insure not only her survival, but her thrival.
This is a trip to the inner heart and soul, in order to survive the external forces that were determined to force fear, destruction, carnage, and chaos. It is a feminine perspective and survivor’s guide when you find yourself confronted with the dark side of the supernatural, intended to lighten the load of a burden she carried for twelve years.
The battles were supernatural, the fight with the unseen forces was never fair or provoked, and came out of the blue and at random. The choices of others and the universal laws of attraction had unleashed a war zone in her personal life after the events of 9/11, and she had to discover for herself how to cleanse, clean, and clear it out of her life. This is a journey of discovery of the self. We heal, we reveal, we recover to assist others who struggle with dark days and deeds.

Nancy L. Briggs has lived in the Helena, Montana area for thirty-five years, working and raising a family. She experienced a dramatic spiritual awakening and connection with the greater universe after the events of 9/11 that continues to this day. She has had encounters with angelics, galactics, higher universal forces, UFOs, unidentified ground objects, light anomalies, supernatural forces, and planetary authority forces that seek to hide these truths of what exists around us.
During her extreme experiences, she has learned the power of love and light will intervene on her behalf at the point of destruction, dismemberment, or demise. She is also a gifted healing touch energy worker intent on bringing alternate and pain-free healing modalities to the awareness of the world. Many attempts to suppress her gifts have been made, but divine intervention would not allow her death or destruction. She works today as an author, photographer, and energy healer and holds high hopes for an end to all oppression and suppression of divine gifts worldwide.