A Journey through Diabetes 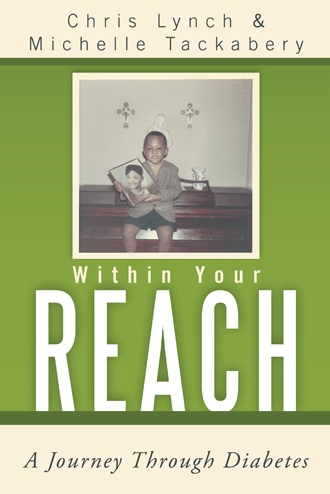 About six months before, I had left a well-paying, secure job at a Charlotte, North Carolina bank--and all the stress of the corporate bullshit that came with it--to start my own electronics consulting business. I was on fire with creativity, which seemed to be flowing constantly. Ideas, money-making ideas, just seemed to come from everywhere.
My typical day began at eight in the morning and ended at two o’clock at night. Music or the TV was on all the time I was always on the phone, always searching the Internet and always some kind of background noise for added stimulation. Suddenly I would look at my watch and notice, “Oh shit, I haven’t eaten.”
My body was starving for food, and what did I typically do? I took whatever was most convenient to stop the hunger and went to get it as fast as I could with no thought about calories, diet, sodium intake or nutritional value. My life had a rhythm of food, eat, work; food, eat, work. And, I must admit that after separating with the woman I had once asked to be my second wife and, in the absence of sex, this busy life was all that I had left. When you don't have sex as an outlet, it’s easy to tell yourself on some level, “Well, I can replace it with something else.” As a result, I often ended up working this way at least six days a week, never really taking a day off.
Mamma Cille would say as she took my hand in hers, “Now Chris, I notice you're getting puffy and you're gaining weight.” Other people would also comment, “You're gaining weight, Chris.” Inside I was a bit panicky and thinking, “Oh, shit!” But I'd brush it off to deal with it later. I'd say something like, “Yeah, I should start walking.” My cousin Tony kept talking about exercise and ways to get healthier, but I kept telling him, “Tony, I'm busy. Once I get this thing kicked off, I'll do it.” It was my point of determination to get my business launched. But that little voice inside suspected the worst. “I’m out of control. I'm spiraling out of control.”
I didn't feel good about how I was living, but I felt that I needed to be on my own. People had always said, throughout my career, that “Chris has an incredible work ethic, because he works his ass off.” But I knew my blood pressure was high. Financial woes would hit, and hit, and hit, and it felt to me like my body was an air pump, just imploding and blowing up stress and more stress.
Now I never felt like I was going to have a heart attack, but I felt puffy, and salty, and out of control—strained, stressed and worn out. But I never really connected the dots on how to get in control, and part of it felt good, because I knew that something would eventually come to help bring me back. I didn't realize it was going to be intensive care. I thought I was going to need to go back to therapy, sit down with a therapist, open up, talk about things, call it a day and move on with my life. But nope! That was not the case.

Dr. Kishan told me, “Mr. Lynch, we can't figure out if you have Type 1 or Type 2 diabetes.”
I had walked into Carolinas Medical Center-Pineville (CMC-Pineville) at 11:00 a.m. on Tuesday, October 21, 2008, but the medical staff had been unsuccessful at getting an accurate blood glucose level reading until just after 12 p.m. When they got the reading, they were knocked out. They told me they thought it was the highest reading in medical history.
Dr. Kishan said to me that in medical school, the highest blood glucose level she had ever seen was about 684 milligrams per decaliter (mg/dl). She said that person had died. I had to face the fear that I had pushed away my entire life, a fear born in my childhood when my brother Damion and I would get our bath, and my grandfather would have to check the sugar in his urine. I remembered seeing him with his Bayer branded urine sticks, and always being afraid of having to check my own urine someday, and stick myself with needles to give myself insulin like he did. I didn’t want to know what my sugar was. But she told me anyway.
My blood glucose level was 1469 mg/dl.

In 2008, Chris Lynch’s life was transformed in four dramatic days when he was hospitalized with diabetic ketoacidosis, hyperkalemia, and atrial fibrillation. Diagnosed with a blood sugar level of 1,469 milligrams per deciliter (mg/dl), Chris faced near-death and a lifetime of insulin dependence. Realizing his survival was a miracle made possible by God, Chris began a new journey into health and renewed faith, successfully reducing his insulin dependence from 120 units per day to zero.

Always a positive spirit dedicated to helping others, Chris determined to share his story with other people, along with a simple, powerful message: “Believe, Receive, and Reciprocate.” A dynamic and engaging speaker, Chris’ humor, down-to-earth approach, and unforgettable story come together in this book.

Chris plans to inspire people experiencing trauma and pain to turn around their approach to life: from fear to engagement; from denial to acceptance; from self-aggrandizement to enabling hope, love, and peace to others, within their reach.

A professional salesperson, audio engineer, and speaker, Chris Lynch has played guitar in various bands, worked as a producer, and designed audio and video installations. A family history of diabetes contributed to his diagnosis of diabetes mellitus in 2008. A first-time author, Chris lives and works in Washington, D.C.