From Cancer to Wholeness 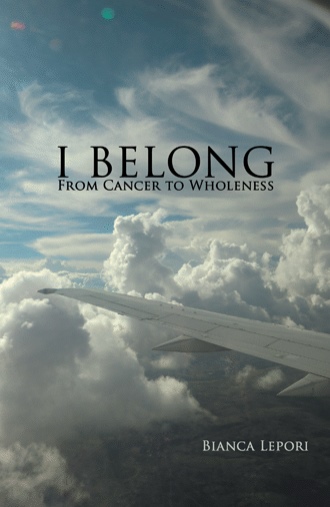 For Medical Statistics there is nothing unique about each individual case of breast cancer since 1.1 million women are diagnosed with it throughout the world every year. However, as a matter of fact, the single case, representing for the medical records an infinitesimal anonymous fraction, is for each woman the whole, her own and specific case, individually experienced according to her nature.

This book is about this uniqueness and the choice, after the diagnosis of a malignant carcinoma, of taking to the extreme consequences personal beliefs and existential questioning. Thus it is about going my own way by listening to myself without relying on the recommended standard medical protocols.

More specifically the choice is based , in the first place, on the assumption that the tumour is not a simple mechanical issue. It is then founded on the underlying query about the threefold question: who am I, where do I come from, what am I here to do and, ultimately, on the hypothesis that cancer is an opportunity to both give evidence of my beliefs and deepen, if not answer, my basic existential questions.

There I was indeed: on one hand I could leave my body, thus I would have taken the short cut towards knowing, but lost the chance of this incarnation; on the other I could experiment, through the messages of my body, the coherence of my beliefs in psychosomatics and stretch them to the very end where the healing of the cause would eliminate the symptoms. I did not have a family to be accountable for, nor a stable partner, nor a child, thus I was free to take the risk and be my own case study, the guinea pig of my solitary un-sponsored searching.

It has been indeed a matter of life or death, in relation to both, my body and my search of meaning on this earth and beyond it. An incredible challenge. I could not just believe, I needed to be scientific about my beliefs, I needed to test them on myself and this could have happened only outside all theoretical worlds, including the one of orthodox western science.

By providing a way of looking at and understanding the slow process of unwinding in conjunction with the different phases of the disease, examined over a period of 14 years, and by reporting related outcomes, the book's intention is to build a case study of what I have experienced with an inquisitive attitude. This in order to generate hypotheses stretching its uniqueness and individuality, if not into generally applicable criteria, into suggestions and possibilities.

The subject of the case study inquiry is a joint venture with breast cancer. A process-journey in which the missing and the unknown are the underlying issue of the desperate searching drive of a person who cannot remember but knows of a quality of being and giving she can never be up to as if prevented by a program she equally ignores. Within the process, at first the tumour is experienced as a matter of negligence on my part, a behavioural impasse and a mere physiological issue. Progressively it is perceived as the screaming of my soul, as the expression of the alliance between body and soul in order to threaten my utmost stubborn self, with something as extreme as death and corner me to the point of making me unable to escape my true responsibility. This is specifically faced in the last phase by entering deep emotional wounds pertaining to previous lives. The physical disease at this point becomes irrelevant, leaving full stage to the inescapable task towards the healing of the soul requiring the coming to the end of the lives-long conflictual obstinate necessity to run away from what needed to be faced in order to be dissolved.

My story portrays the complexity of the energetic levels involved in disease, more specifically the multi faced regions crossed along the journey such as specific therapeutic approaches applied to a physical body and progressively to subtler bodies and energetic levels in order to meet the needs of an ancient consciousness increasingly less unaware of itself.

Nothing of what I am going to say in the book is new: all symptoms have already been analysed in their meaning and catalogued accordingly. Breast cancer specifically has been exhaustively analysed by Ruediger Dahlke in his book Disease Language of the Soul, where he offers a deep insight into the causes of such a type of tumour, quoting, between these a 'neglected femininity' which is absolutely applicable even in my case. The journey described here lingers on these avenues as well, wondering about which aspect of the feminine I have ignored, but also what Femininity was specifically asking me to express and which aspect of Femininity I was not expressing and why. The multi-layered non-straightforward answers, including the crucial 'because' , revealed itself as coming from far away, from within the biography of the original sparkle incarnated in my body. From what I have until recently thought was the CV carried by the soul on its path of descent together with the draft of a business plan of ascent and that I now feel belonging instead to its direction-less and yet structured and purposefully flowing cosmic path.

Although the journey has been characterized by my gropingly moving in darkness, it follows a systematic inner map, which will be adopted in the book as guideline. The mass and the variety of information related to the complexity and articulation of the experience will be framed into three phases: a mainly pragmatical one firstly, secondly an existential one and thirdly a more specifically spiritual one.

A change of perspective. By seeing cancer from the point of view of an embodied evolving monad rather than simply as a physical body threatened with death, the book questions cultural stereotypes and clears illusions about disease and traditional medicine. It is about accepting cancer as a pointer towards our true nature, thus about honoring the disease as something that needs to be understood rather than fought, as a hidden message that needs to be listened to. It describes a personal experience that gives evidence of cancer as an opportunity to heal the soul and as a challenge to uncover individual responsibility towards ourselves and the fulfilling of our destiny. Despite Eastern and Western types of cure and alternative, complementary, shamanistic and energetic treatments, the book explains how the final healing occurs when karmic wounds are dissolved, thus when present life patterns have found their causes within the Universal Law of Rebirth. The purpose of disease thus explained and broken the pattern of suffering, cancer can therefore be seen as instrumental in bringing joy and meaning to one’s life.

Bianca Lepori, is an humanist architect and a writer. Her previous works are La nascita e i suoi Luoghi (Birth and Birth Places) RED Editions, 1991, Architecture from the Inside Out Wiley Editions 2001/2006 (coauthored with Karen Franck) Mindbodyspirit architecture: Creating Birth Space in Fahy, K; Foureur, M; Hastie, Birth Territory and Midwifery Guardianship: Creating Birth Space. Oxford: Elsevier; 2008. She has been practicing in Italy and England and is passionate about the meaning of human life and its relationship with the purpose of the universe. She believes in the only revolution: the evolution of consciousness. She lives in Rome.