A paradigm for better living and working 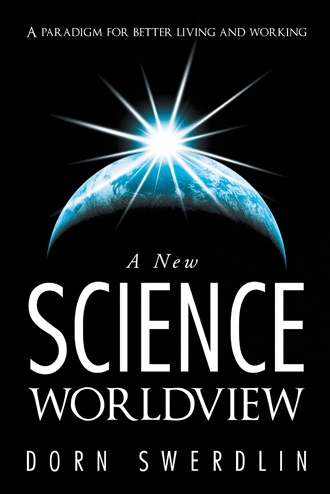 Chapter 1 Worldview What is a worldview? In short, a worldview is a conceptual framework and a set of beliefs used to make sense out of a complex, seemingly chaotic reality. It becomes the source of our goals and desires, and as such, shapes our beliefs, behavior and values. Our worldview is so fundamental that we often are unaware of its existence as well as its total effect on our thinking. Being unaware of it prohibits us from considering it untrue and we become its prisoner. Our worldview includes the common beliefs we share. A belief is an idea that we think is True, with a capital “T”. We never consider its validity. Later I discuss ways I’ve found to test our beliefs. Barbara Marciniak in her book, Path of Empowerment 2says: “Beliefs are decisions and agreements you make about reality; they are the accumulation of invisible inner building blocks, formed from your interpretation of reality…. Beliefs are the programs from which you have built your life existence.” Your beliefs in total make up your worldview. How to Expand Your Worldview How do we change our current Western World thinking which is embedded in our culture? Our beliefs generate our thoughts and feelings which in turn dictate our behavior. Our reality is equal to the sum of our beliefs. Therefore, change your beliefs and change your world. Later we will talk about how to change your beliefs. The quantum mechanical wave equation contains all possibilities, and we as observers, collapse the equation into one possibility (to be discussed in Chapter 3). However, we have no access to the possibilities we don’t believe in. Your beliefs limit your worldview. Barbara Marciniak in her book, Path of Empowerment3 says: “Until you put your beliefs aside, you will not see the world beyond your beliefs.” Our beliefs not only affect our thoughts, but they also affect our physiology. Sounds unbelievable? Dr. Bruce Lipton, a cell biologist, has conducted experiments which show changes in cell structure and DNA caused by changing beliefs. See his book, The Biology of Beliefs4. He challenges the traditional interpretation by biologists that our DNA is set at birth and remains constant throughout life. This changes the “nurture” vs. “nature” debate. This debate questions the relative effect on our lives, of: 1. Nature- our hereditary inheritance, vs. 2. Nurture- the environment and other factors affecting us during our lives. Lipton maintains that our nature (DNA) actually changes, physically, as our beliefs (nurture) change. The nurture side of the equation becomes much more powerful as we add our own thoughts and beliefs to the list of external influences such as family and school. This idea of beliefs changing DNA is not yet recognized by the mainstream physics community. This idea of a changing DNA shifts responsibility to us as creators of our own lives, rather than using our inherited characteristics as excuses for our problems. For example, “My father was impatient and I inherited it from him and that’s why I’m impatient.” This is a victim’s excuse rather than taking responsibility for one’s own choices. Our beliefs create our perceptions and our perception is our reality. The old saying, “seeing is believing” is more accurately stated “believing is seeing”, because what we see is always filtered by what we believe. Because of this, everyone lives in his or her own unique world. We often think others see things as we do. Not true. In addition to beliefs which come from Newtonian Thinking, we also harbor beliefs derived from our ego which are often fear based. They are as harmful to our wellbeing as are beliefs derived from our Newtonian worldview. Our egos generate self-defeating inner dialogue, such as: • I can’t deal with this situation, • I will always be poor, • Life is a struggle, • I’ve always done it that way, • This didn’t work before, it never will, • This is a hostile and scary world, • I am helpless to change my life, etc. As we repeat this dialogue to ourselves, it becomes embedded into our subconscious. We see the world as portrayed by our inner dialogue, reinforcing our beliefs. So how do we change our beliefs? One way that works is to become conscious of our internal thoughts. Start noticing what you say to yourself over and over again. One of the thoughts I repeat to myself is, “I am stupid”. I usually say this when I forget something or make some kind of mistake. So begin to listen for what you say to yourself. In other words, think about what you think about. Next you can ask the question “Is this really true? So, am I really stupid? Not really. I did achieve the highest credentials awarded to actuaries, Fellowship in the Society of Actuaries. Stupid people don't usually attain this level. Then as you notice the negative dialogue, change it to something that is true. When I hear myself saying “I am stupid”, I can change my thoughts to say “I’m not stupid just because I forgot something. Or “I may make stupid choices sometimes but that doesn’t make me a stupid person.” Or “using the word stupid about myself does harm to me.” Somewhere in my belief system I formed the opinion that I am stupid. I probably picked this up in my childhood. Repeating this phrase to myself reinforces my belief. I was not aware of this belief until I paid attention to my inner dialogue. I would not allow anyone to talk to my kids or grandchildren the way I talk to myself.

Most don’t realize that the Western World shares a worldview based on the science from about three centuries ago, Newtonian science. This worldview and the science behind it have become both outdated and incomplete.

The good news is that more recent science provides us with an alternative worldview. If enough of us accept the new science worldview and change our beliefs and thinking based on the new view, we can create a peaceful and thriving world; no violence, no wars, no terrorism, no fear, and respect and compassion for all.

A New Science Worldview provides specific steps to help us transform our thinking and beliefs in accordance with the new worldview.

Dorn Swerdlin graduated from the Georgia Institute of Technology with a Bachelor of Science in Applied Mathematics in 1968. Dorn is a fellow of the Society of Actuaries, and in 1980 he founded Swerdlin & Company, an actuarial consulting firm headquartered in Atlanta. While not a scientist, he has been interested in the relationship between science and spirituality for his entire adult life. He lives in Atlanta with his wife, Joanne, and has two children and two beautiful grandchildren.