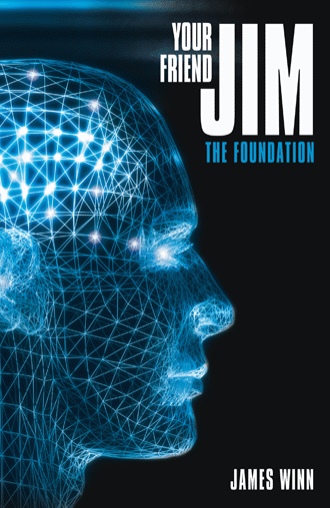 We possess many talents within. The great thing is, we have access to these talents. Just by reading this book, things can shift in your life.
In Your Friend Jim—The Foundation, you will recognize the power that you already have within you, building the foundation to experience a richer, happier you. You will learn and understand how to:

Every page offers something new for you to consider. Every page goes over the process for evolution. Every page is written simply, to ensure you reach a new level of awareness, building the foundation just one stone at a time.

James is one of the main trainers in the country, preparing geospatial intelligence analysts to serve and think in any environment. As a certified hypnotherapist and a teacher of universal laws, James has a unique way of influencing individuals and groups to achieve at optimal levels. James has had the opportunity to share his wealth of knowledge and his message to many people across America. He has a unique way of stimulating the thinking and actions of people as they struggle to cope with a changing world. As a keen observer of human nature and behaviorism, he points out amusing, instructive, and compelling lessons in life amid change! James lives in the high desert of Southern California with his wife, Mihaela. He has an ultimate goal to assist and serve others as they discover and utilize their talents to meet challenges and solve problems. He is here to enrich people's lives and help them fulfill their own dreams in the process.