The Game of God 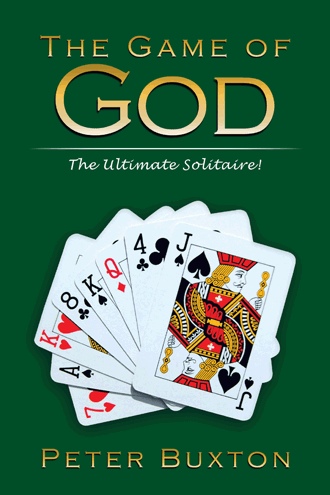 The greatest hindrance to our understanding of reality is the belief that:

These beliefs about ourselves are of fundamental importance because they are built into the tools with which we probe the universe. However, the number of people believing something does not make it true—at one time people believed the Earth to be flat, but the belief could not alter the truth. The belief that “we” are a human body is universally held, and yet I can find no evidence for it. In this chapter I would like to show how and why I believe we got it wrong. Looking at the body and how we perceive the world will give us the clue to what is really happening.

The fantasy can be likened to a board game. First, there is the board with clearly marked playing areas, which is like the universe with its parameters of space/time dimensions. Next, is the object of the game, such as to get your pieces to the other side of the board, which is like the evolution of the most primitive body to the most developed. Neither is activated until Mind plays the game. To play the board game, Mind uses memory and certain strategies within the rules to move across the board, and in exactly the same way Mind plays across the board of the universe.

When a physical, (first), life ends, your consciousness goes up the ladder to the mental world level you have reached. If you are completely absorbed in only basic needs and your more compassionate, refined potential has not been developed, it will be the second world where you find yourself and you will carry on your mental development there until it is felt that more first world experience is needed in order to master that world, and back down the snake you go to the first level! However, if you have reached a level of balance, artistic appreciation, compassion, etc., when your physical life ends you will go up the ladder, leaving behind not only the physical (first) body, but also the second body, and you will find yourself at the third level or an even more developed level. And so the game moves on . . . .

The physical body and these other bodies are all operating at the same time. They have senses that work in their own worlds, and these bodies appear to have a slight overlap into each other’s domain. For instance, in a near death experience in the operating theatre when the first body is out of action, the more refined senses of the second body become apparent, and it is often reported that the physical body is seen, as well as the doctors and nurses. The events taking place are observed and conversations are heard, but any attempt to communicate with the medical staff fails because they are functioning on the coarsest, physical frequency, whilst the observer is using the more refined second body. This can be very frustrating if you have decided you wish to stay where you are and the medical staff are busy resuscitating your physical body!

The physical body does not age. It is constantly being replaced. Ageing does not take place, but what happens is the potency of the evolutionary mental blueprint of the body becomes fainter so that the speedy replacement of cells slows down and thereby jeopardises the cellular wellbeing and functioning of the organs. The food an 80-year old grandmother eats is basically the same as that of the 8-year old grandchild. Food is used to renew the body of both and the cells of the body are replaced regularly, so you see there is very little difference between the age of the body of the grannie and the body of the grandchild. Ageing is another of the erroneous ideas we have. The body idea in Mind is the source and cause of the material body, and it is the material which makes the idea visible. The weakening of the blueprint pattern allows the material to become less organised and to fail, but this is a quite natural event and is part of the evolutionary pattern and, in the game, it is time to move on! Nothing in the physical universe can age—the only thing that can happen is that the potency of the ideas can fade. Every form is a product or effect of Mind.

When the body is no longer able to function properly, near so-called “death”, you will find that consciousness functions less and less through the physical brain until a stage is reached when the senses of the second body become as apparent as those of the first body, making it quite normal to speak with and see those in both worlds at the same time. As the first body becomes more feeble, the physical world recedes and the inter-life, with old friends and family who have already left the physical life, becomes the new reality.

It is faith that unlocks all the goodies which you already have within your locker, but most people have, unknowingly, kept the door closed and the key in the locked position. For most of the time the door is opened a crack here and a crack there according to how much faith they have in an apparent source somewhere outside of Self, be it a job, an investment, a bank or a relative, but if any of these don’t perform then faith in them becomes nil and the door to the real source, the unseen source, is slammed shut. Remember the rule in playing the game—THE UNSEEN IS THE REALITY, THE SEEN IS THE ILLUSION. Make sure you keep the door to your goodies locker constantly open and the flow coming by demonstrating absolute faith in your own source. Faith in your own abundance holds the door open all the time. Doubt, fear and belief in outside sources will restrict and block access to your goodies.

You are aware now that the physical and all other world experiences are real because they are experienced in Mind, even though those worlds are not as they appear to be. You are also now aware that the character you find yourself playing is the result of your continuous stream of thought, and that while the game is played you alone are responsible for all the events and experiences in your life. Playing the game has taken you through many, many apparent lives in many, many apparent worlds. NOW is all there is, and LOVE is all there is. Self-enjoyment and self-realisation are the climax of the game. As nothing exists but God, start with God, continue with God, and end with God, and starting, continuing and ending will fade from view as BEING GOD is everything.

The world is not as it appears. The universe and all of life is a fantasy being played out and experienced by God—with God being the only player. This is the ultimate game of solitaire!

The Game of God explores this amazing game that God develops and plays as though illusion is reality, as though man and all other forms of life have their own separate lives and minds. They live in bodies, in the world; they are born, grow old, and die. Everything in the universe is held in shape by mind-patterns, and within the game God is constantly assessing play as it develops and as though it is real and not an illusion or dream.

The latter part of The Game of God illustrates a fundamentally different way of playing the game of life by changing your view of yourself and others within the game. It offers explanations of how to play this fantasy game effectively, how to develop fully the character you find yourself playing at the moment, and how to express your abundance.

For thousands of years man has pondered on his identity, his relationship to God, and the meaning and purpose of life, and he is still pondering. The Game of God shows how the answer to these profound questions lies within each of us.

Peter Buxton grew up in England and lived in both London and on the South Coast. In 1983, he migrated to Australia and lived in Sydney and Tasmania before he and his wife began life as “grey nomads” and were free to travel extensively throughout Australia for the next six wonderful years.