What if There's Nothing Wrong? 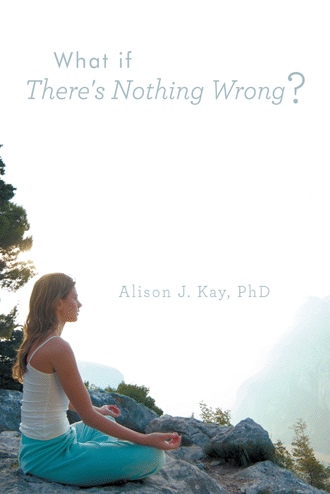 Have you been feeling like life has become less reliable and stable? Are you looking for more hope, health and calm in your life? You’re not alone. There are external factors causing these feelings. You will be completely unable to remain the same as this book weaves you through the world as we have known it, into a world where anything is possible! No stone is left unturned through this thoroughly researched exploration of mostly unexamined factors inherent to Western society that set us up to feel more uncomfortable at this time in the West, particularly in the U.S., as we undergo a macroshift globally.

Written at the tail end of her ten years living and working in Asia to understand why it seems now that we’re less equipped to create vibrantly healthy, happy lives in the West, Alison J. Kay, Phd, documents an eye-opening, sometimes humorous, sometimes raw contrast of modern, globalized, Western culture with Asian. Feel the freedom as she gently guides you to more ease!

Alison J. Kay, PhD is a holistic life coach, an India-trained YA yoga and meditation teacher, an ACE certified personal trainer, and an energy healer/shifter of sixteen years. The unique blend of credentials, use of multiple modalities, and the wealth of experience she acquired during the ten years she spent living in Asia studying subtle energy practices, make her perspective and manner of working with people around the world incredibly powerful. She hosts the radio show “Create Your Best Life Ever” on World Talk Radio, the biggest online media company, on the 7th Wave Channel of voiceamerica.com. She resides in Florida. Visit www.AlisonJKay.com and www.healing-balance.com to learn more.