A Bridge to Resilience 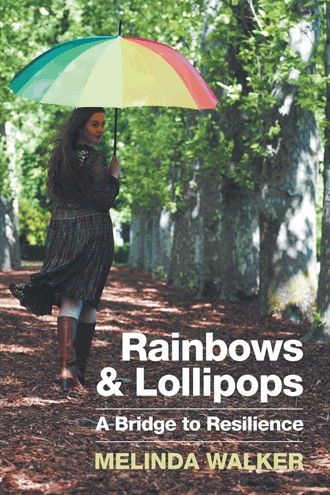 The phone call I dreaded rang through my body like a fire drill and there I stood, motionless, unable to move and unable to comprehend how this had happened – and why now.

I had no idea how I had managed to be here or how the court case had even been initiated. It was as if someone had taken over my life and I was now a very unwilling participant.

This policewoman, Joan, wanted to know all about the rape, why it had happened and when. She was constantly asking me questions, and I had no idea how to answer them. I mean, God, nothing had ever happened, no one had ever been charged, it was never reported to the police, and it was 18 years ago. Why bring it up now?

As I sat in the police station talking about the rape and how it had occurred, I realised that if this ever went to court it was not going to be a pleasant experience. I was worried about what my friends and family would think of me, whether they would still support me and want to know me.

I had no idea how I had got here, or how things had caught up with me after all these years. Surely it couldn’t be about the rape; surely it must be something else – something different altogether, but the policewoman had mentioned something that made me think the topic of discussion would be sexual assault.

Sexual assault – or rather rape – is an insidious thing, and is unbelievably soul destroying. While it was apparently never meant to happen, it did, and from that moment on it changed the way I lived my life and the way I interacted with people.

Rape makes you second-guess yourself every minute of every day until you have learnt to deal with the vile intrusion into your life and your body.

Yes, it was me who was raped, and yes, I was raped by my family friend – someone I trusted very much and held a lot of respect for.

The policewoman found me through a contact who thought I might have been raped just like someone close to her had been. From the evidence they had, they were 97% convinced that it was the same man.

For some reason, I was the lucky one. I had received the call to step in and save others from being raped as I had been. I was the one who was meant to make a difference to everyone, baring my heart and soul regardless of what it cost me. I was the one who had to show this man that what he was doing was wrong, and was so degrading to women and children that it could no longer go on any more. I was the only one who could stop this man.

Melinda Walker’s life took a traumatic turn when she was just twelve years old. She was groomed and eventually raped by a trusted family friend, and the experience changed her forever. Her young life was turned upside down by those experiences, and as she grew older, she began to realise that they affected everything and everyone in her life as well.

Rainbows and Lollipops is her raw and honest account of survival, recovery, and empowerment. She does not shy away from uncomfortable topics or overdramatise these events. She does not pretend that her life was a bed of roses. Rather, she offers candid insight into her life, considering how it was changed when the darkness fell over her and how she has risen above to thrive again.

As an adult, she has discovered a better and more resourceful way to heal herself and her relationships. She is proof that trauma does not have to destroy a life permanently. With the right support, she was able to move beyond the darkness, build resilience, and create her own new and remarkable life story— and so can you.

By changing her language, her attitude, and her thoughts, Melinda turned her life around. Now she lives a life driven by meaning and purpose, one in which she encourages other survivors to believe in the healing power of hope.

Melinda Walker is a transformation coach, trainer, speaker, master practitioner of Neuro Linguistics Programming (NLP) and mother of two daughters. She helps teenage girls and clients live more fulfilled and satisfied lives by teaching them how to have greater power over their emotions, thoughts and behaviours.

Visit her online at www.melindawalker.com.au.