Discover the Power of Your Thoughts 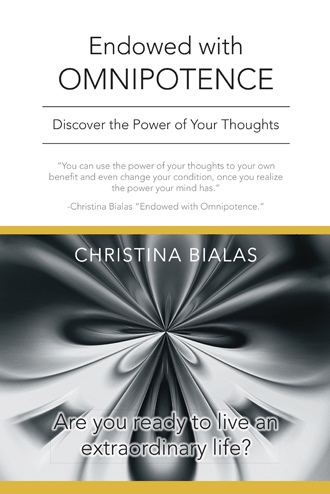 I became intrigued with the idea of the power of thought in spring 2008, when my mother presented me a copy of The Secret. The Secret, written by Rhonda Byrne, is a metaphysical book claiming thoughts have power. Up to that point in my life, I believed in the power of positive thinking and I believed in the benefits of optimism. I believed attitude equaled altitude. However, I did not believe thoughts contained actual power, nor did I believe that physical reality stemmed from the thoughts of the conscious mind.

Little did I know in 2008, with my copy of The Secret opened to page one, that I was about to burrow into the world of the power of thought, physics, religion, psychology, chemistry, anatomy, and philosophy in an attempt to wrap my mind around truth. Nor did I know, as I held page one firmly in my fingers on that summer day that my life, as I knew it, was about to change—for the worse. Restoring order to the chaos life was about to shovel upon me would require unraveling the enigma behind the power of thought.

By 2008, my husband and I had purchased over a dozen rental properties, an ambitious venture that we had built up over the course of several years. This endeavor had eventually enabled both of us to quit our day jobs in order to manage our properties. I had swelled with pride over what we had built.

Unfortunately, we lost nearly all of our assets, including many of our personal belongings, as the real-estate market plummeted in an unstoppable downward spiral. My marriage crumbled shortly afterwards, which left me alone with two small children to care for, escalating bills, very little income, and an impending bankruptcy.

My experience is no different from any other person’s experience during that time. Most of the people whom I had known, who had lost everything during the real-estate crash, just as I did, were still trying to pry dropped jaws off the ground in an attempt to derive meaning out of what had occurred. Virtually overnight, I went from being a financially secure, responsible person to a ridiculed financial wreck. My life spiraled downward in what seemed to be an unstoppable plunge.

During my sweltering pride and jaw dropping days, I opened The Secret to page one. Perhaps I drew The Secret to myself in my moment of need. I believe I did. However, I was not easily convinced of the power of thought in just this one book. While the material the author presented intrigued me at a time when I was entirely discouraged, I felt the book left many more secrets unanswered. How do thoughts attract? Do all thoughts attract or only certain ones? How was it that I kept trying and trying to focus on positive aspects, yet my struggles continued? What was I doing wrong? If thoughts had power, where was my power?

My thought power felt nearly impossible to summon when I consciously wanted to direct power towards success, yet somehow this power churned effortlessly towards failure. As a result, I certainly felt incapable of summoning any power in 2008. What I did not know, however, was that the power of my thoughts was working in direct correlation with my predominant thoughts and beliefs at the time; I was actually creating my hardships.

To my benefit, during my days of despondency, a spark of thought lodged in my mind. Thoughts have power. I let that thought grow. Embedding that thought into my mind, or more precisely embedding any thought into the mind, does something miraculous. I am probably getting ahead of myself at this point. Nevertheless, it is sufficient to say that when you concentrate on an idea, that idea grows, attracts additional thoughts, and materializes itself in reality. When I embedded that one thought, as it turned out, I initiated my quest to find the power of thought, which enabled me to not only reinvent my life, but also, helped me begin to live an extraordinary life.

Though 2008 brought widespread destruction across the nation, I fully accepted my role in my own financial collapse. Because I acknowledged my role and accepted the power my thoughts contained, I was able to rescind all the ruin that plagued me. Life is now an open path to success for me and my thoughts are leading the way. The power I feel knowing that is exhilarating.

Yet, as I began to plow through my obstacles, I noticed scores of others struggling. I had developed a higher knowledge of the power of thought. Yet, I realized the knowledge was not mine alone to keep. Tucked away at the back of my mind, my knowledge clawed at me for release, as I saw others facing the same hardships I once tackled.

In September 2010, I began to record what I learned. The result is Endowed with Omnipotence: The Power of Your Thoughts Illuminated. My book presents the trail to harnessing your personal thought power. My intention is to connect you with your omnipotent power of thought, end your disparaging situations, and create the same path to success that I have found.

Endowed with Omnipotence is a motivating self-help book that grew out of Christina Bialas’ desire to understand the power of thought. The message of this book is clear. You are an all-powerful being in complete control of your destiny. In this book, you will learn the origin and complexities of the power of thought, exactly how thought power works, and why so many people fail to notice this all-powerful ability. In addition, this book delivers a fresh perspective on the origin and purpose of life, and provides an enlightened view on the meaning of death and the nature of personal challenges, all of which are a function of the mind and its thought power. If you think the power of thought is merely a nod to optimism, then you are in for an awakening. You will be left in awe of how truly able you are to create an extraordinary life. You are endowed with omnipotence.

Christina Bialas is an American self-help author and motivational speaker. Her philosophy is that success, abundance, health, and happiness are obtainable by any person who is willing to learn how to use the power of his or her mind. Bialas became intrigued with the power of thought in 2008, after having experienced a personal and financial collapse. The hardships she faced caused her to research the effects our thoughts have on our experiences in reality. By applying the knowledge, which she acquired through her research, she was able to overcome her hardships and manifest what is now an extraordinary life. She is committed to helping others do the same. The material presented in this book offers incredible insight and original ideas on the power of the mind and the nature of personal reality. Bialas lives in Rockford, Michigan, where she is actively working on her next book.