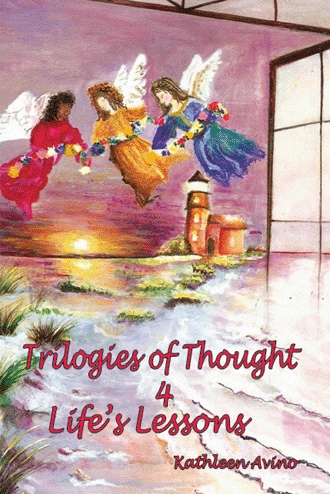 Available Abundance All our desires, Leaning to hear, patiently, Waiting, in the mist. The Universe Provides I've cast my net on the waters, I won't grab or yank at the edge. This time will be different, I think, Will I let it drift, float, or just sink? I am patiently waiting on the surf's edge, Warmed by the mid-day's shining sun, Just watching as it sparkles and dances on each wave, Yes, this is a strange way for me to behave. For I usually twist and turn my big nets, Fighting with them, the entire time I sent them adrift. Forcing and making my sheer will Determine the bountiful catch, they may fill. I push and I pull Until I ache throughout. Not the smallest of pieces left out of the process Of exhibiting such forced and determined excess. But lately I’ve come to the conclusion As I watch the tides roll in. All of the energy and effort spent, Did not seem to help a bit in the end. I now put my future successes In more capable and loving hands. More able to carry any load, especially when deeper and wider, Freeing me to feel much stronger, and even a bit wiser. The universe with God's guidance Has been filling the oceans, and turning the leaves, Puffing the clouds, and feeding the creatures. Why must I be the one, to teach all the teachers? I'll carefully prepare and check my net; When I'm done, I'll cast it without a care or regret. I'll watch, and I'll pray as it drifts out to sea Then I'll gratefully wait for what may or may not come back to me. The Fisherman's Plight Once upon a time… there lived a solitary fisherman. It was a very hard life, made much harder by the fisherman trying to control everything. He tried to control the rolling seas. He tried to control the amount of the catch. He tried to control the amount of rain that fell. He tried to control the outcome each and every time he forcefully flung out his nets. It took awhile for this seasoned and weathered mariner to come to the realization that all his attempts to control what he could not control were not yielding satisfactory results. This mattered not, however, because each day at the break of dawn he would prepare his gear, his boat, but never his attitude. The sea was something to be tamed by him, the fish were something he was entitled to, and the weather when he might concede that this was something had to accept, he begrudgingly did but not every day. He got his strength and stubborn determination as well as his need to command everything around him from his father. He took on the day as if going into battle. His weapons were always drawn and ready to strike. He was constantly dueling with the very things that were intended to give him the utmost comfort. The other fisherman would end their day laughing and joking enjoying their lives. He never socialized much and kept to himself. The taverns at night would be rowdy and boisterous filled to the rafters with the town’s fishermen boasting or moaning about the day’s catch. These hardy men would be surrounded by their wives and multitude of rambunctious children, eating, drinking and laughing the night away. As far as a family was concerned, to our disillusioned captain, he never felt the need to bother to create one. He once loved a woman in his youth, but she made it perfectly clear the sea shore and the smell of fish was not her cup of tea. Only once when he had gazed deep into her jet black hair and equally dark eyes had he entertained the idea to quit and give up the only thing he knew. She was stunningly beautiful with a personality to match. But in the end the draw of the sea won out. So our lonely fisherman would never be found hoisting a pint and making a toast to a better day. No, our feisty fisherman-would always be too exhausted and spent to even crack a smile. He yanked his boat through the hard unforgiving sand, with stinging waves crashing against him, and angrily dumped it on the shore. For God only knew how many battles he’d fought that day and lost.

This book was a ten-year labor of love inspired and directed by Kathleen Avino’s spirit guides. The stories were given to her, and she systematically put them down on paper. Her sincere hope is that these stories will bring a sense of joy, self-exploration, and healing to those who read them.

This book is divided into a series of sets, each with its own theme and divided into three parts: a traditional haiku, a poem, and a descriptive short story. It is presented in a workshop format, intended to provide readers with an opportunity for reflection and healing. The book’s true intention is to provide pleasure and a respite from daily difficulties.

Kathleen carries an international clientele. She works via respected and established psychic networks and psychic and new-age festivals. Kathleen is also available for private consultations in the New York City, Long Island, New Jersey area and by telephone via her website www.katsangeleyes.net.

Her gifts were given to her through various life trials and tribulations, including chronic illness and multiple surgeries. She is considered by many to be a natural psychic, since her gifts manifested themselves without any formal training. Kathleen is also an avid international traveler, which has increased her ability to work with people from many different cultures.