A Little Brother's Journey... The Hero Within

How to Face Your Fears 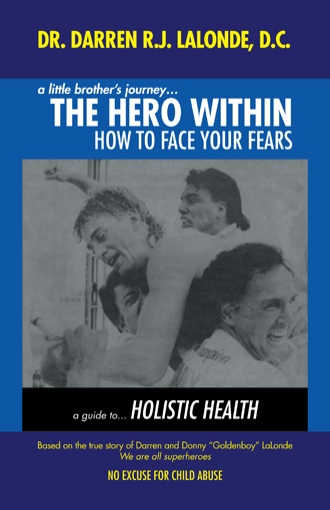 Blood was covering Donny’s face; half conscious he remained relatively calm. He had been in this position before. His mind was racing, and his heart pounded as the blood pumped thru his veins. Although blood was coming from his nose and mouth, there were no clear signs of tears. Just misty red eyes, the kind a dog gets when he is pleading his innocence. The pain would look clear to most, but it was the inner battle where the damage was being done. In a state of confusion Donny tried to clear his head to properly size up his opponent. Donny felt alone and abandoned, he must act quickly for his life depended on it. With blood still fl owing, Donny collected his thoughts as he began to gain control. The blessed numbness that Gods grants us began to come over his body. Donny would go deep into his mind. His world hidden by shyness was second only to his distinct to survive. The physical battle was locked inside rooted like oak and tree. Donny lost his first battle, and many more similar in nature. Donny wasn’t in the ring you see, he was just an eleven year old boy.

I was around ten years old, sleeping in the back seat of my mom’s car, parked during evenings at the Detroit River. I looked out the window at the stars, as I feared morning until by exhaustion I would fall asleep. I often woke up having wet my pants from my very real and imagined fears. By day, my mom would look for work and wash clothes while I hung out with the old black guys that would spend their day fishing in the Detroit River. I thought I was the only one who grew up in fear, in a world of abuse, until at thirteen I finally met my half-brother at a professional boxing match. He was in sitting next to our dad. Donny looked at me from inside the ring, trying to figure out who I was as the fight announcer was making his formal introductions. All we had shared at this point was the same biological father. Little did we know...

Dr. Darren R.J. LaLonde, DC is a chiropractic doctor not aligned with any particular religion or tradition. He writes as a formal professional athlete and is now a holistic healthcare professional. The message is simple, profound, and passionate: beyond fear and anger, there is a hero in us all, the hero within. From Victoria, British Columbia, he now resides and has a holistic health care clinic in Hollywood, California.