Reflections of a Physician 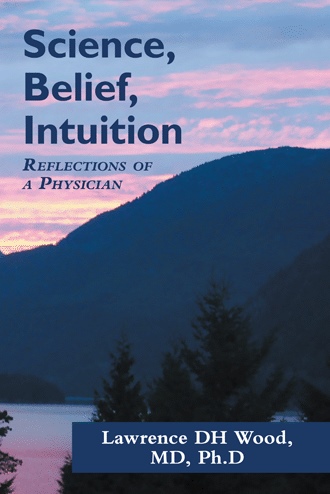 Once upon a time, a boy was born needing to prove himself worthy. As he grew up, he set his heart on things far beyond him. But with ceaseless striving, he accomplished a lot. He excelled at athletics, he married young against all advice, he graduated from Medical School, he fathered 5 children, he obtained a PhD, and he initiated a career in academic medicine. The trouble was he felt that he alone was responsible and accountable for his successes. In each endeavor, he felt overwhelmed, as if he were alone, trying to solve problems for which he had not acquired sufficient skill. Rather than feeling grateful for gifts received, he developed a whining demeanor, pleading constantly for help to overcome his perception of being overwhelmed. This made his life more difficult than it needed to be had he recognized and acknowledged that he was being looked after. He noticed however, that each time he cried out, help came quickly, often accompanied by a still small voice speaking affirmation, encouragement, support, wisdom and scripture.
For example, when he cried out that he had lost his marriage, home and access to his children, he was given a place to live in a gentle, peaceful and spiritually mature community while he grieved his losses and learned how to let go. Sufficiently stabilized, he was given a soul mate who brought the joy that heals. Together, they created a space in their wounded healing hearts to welcome each of the 5 children as they returned to relationship. As he grew accustomed to being looked after, he listened more for the still small voice, and the more he listened, the more he heard. In one sense he now lived happily ever after in their dream home on the mountains by the sea, grateful and amazed at answers to his prayer, abundant in providing more than he knew to ask for, pressed down and flowing over.
In another sense, the drama of life persisted in the complexity of acquiring and practicing the scholarship of discovery and teaching, and providing leadership in academic Critical Care. The tension of this drama often arose from living the interface of science and belief, where his search for understanding using the tools of science conflicted with his patiently waiting for revelation from the still small voice providing wisdom, intuition, synchronicity, insight, clairvoyance, and prophecy. In the end he came to accept there was no conflict between his science and his belief – only a need for more time to discover truth through use of the separate and distinct skills needed to get the most out of each. Science was a better method of inquiry than belief, except when the still small voice gave assent to the belief. In a sense, that voice verified the belief and so replaced the attribute of the scientific method which falsified erroneous hypotheses. This made belief a much more useful method to navigate the vagaries of life. But most of all, he learned to be grateful for his living both approaches which each separately enhanced his life, but together magnified his understanding of the other. And so he does live happily ever after, spending his days in joyful anticipation of the next good things the still small voice will provide in looking after him.

While building a strong program in Critical Care on foundations of excellence and compassion, Dr. Wood used two methods of inquiry and knowing:

• Belief looked inward for purpose and meaning, analyzing personal subjective issues, like God, which cannot be falsified for lack of a Godometer.

• But when verified by the still small voice or intuition, belief creates a spiritual source of knowing akin to the scientific method.

• Recent books like War of the Worldviews assume science and spirituality are antagonistic; debating which is better is like bringing a knife to a gunfight, for both sides are vulnerable to critique.

Science, Belief, Intuition shows how the strengths of one fill the gaps of the other, providing more comprehensive understanding together than either alone.

Lawrence Wood was born and educated in Canada and worked for seven years in Winnipeg before moving to Chicago as Professor of Medicine and founding chief of the Section of Pulmonary and Critical Care at the University of Chicago in 1982. He published extensively about cardiopulmonary disturbances in the critically ill and coauthored the highly regarded textbook, The Principles of Critical Care. A master educator, Dr. Wood consistently won teaching awards at the University of Chicago, and received three National Teaching Awards, including the Humanism in Medicine Award for his modeling and teaching empathic listening and grief counseling; two awards for outstanding teaching are named in his honor. Science and spirituality provide two complementary world views for Dr. Wood’s life and career; his memoir invites listening for the still small voice or intuition to verify one’s beliefs and create a spiritual source of knowing akin to the scientific method. He is retired and lives with his wife, Elaine, near their five adult children in British Columbia.