Letters Concerning the Search for Meaning 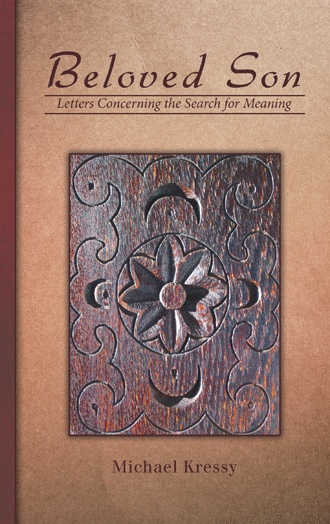 I’m assuming you have “survived” the last letter and are primed to take the next step which you’ll find a little more speculative since we are moving into the realm of the “untested” in so far as there is no empirical means to capture the Universal Mind in a petri dish or somehow coax the so-called “dark” energy into a test tube.
You might ask, why go through the laborious process of reviewing where science has brought us when in the end we discard the information the senses bring to us. It’s basically simple: our current scientific understanding can bring us to the point where we are at least willing to consider the possibility that there is more to ourselves than the conventional “wisdom” tells us. Actually, Albert Einstein, the ultimate scientist, appeared to question this “wisdom” when he said, “As far as the laws of mathematics refer to reality, they are not certain; and as far as they are certain, they do not refer to reality.” So with this new willingness, we can begin probing a little further the question of who and what we are.
To begin with, let’s assume that the scientists quoted in the last letter are right that the universe resembles mind more than it does matter. The next step is to consider for a moment the probable characteristics of that mind based on what understanding we have of mind. Let’s look again at the last part of that remarkable speech by Max Planck:

All matter originates and exists only by virtue of a force which brings the particles of an atom to vibration and holds this most minute solar system of the atom together. . . . We must assume behind this force the existence of a conscious and intelligent mind. This mind is the matrix of all matter.

You notice I have emphasized the words “conscious” and “intelligent.” We’re not talking here about an amorphous quality called “mind” but a singular force with definite intent, a Source of All That Is, something that as Planck says, “holds this most minute solar system of the atom together.” We could call it the living, light-love-energy force that underlies all things in the universe, a force that is not a passive ingredient but a force which, being mind-like, displays something akin to intent. It is a force that intends that the elements of the universe (the atoms) come together and share aspects of themselves (electrons, protons, neutrons, gluons, quarks, etc.) in order to combine into molecules, compounds, elements, galaxies, suns and planets. And why? So that the Source can become experienceable to Itself. This is logically necessary because an unexpressed Source is not truly a source. Put another way, self-expression is absolutely necessary if the Source, as most believe, is in fact, omnipresent (in all things) and omniscient (all knowing).
Now because our tendency is to freeze-frame our understanding and break it into little bits so that it can fit nicely into categories and cubby holes and become totally predictable, we need to understand that the movement of this force never stops but continues expressing in a magnificent panorama of ever changing forms all springing from an underlying Reality of harmony and balance. Reminder: our thinking (and by extension our language) is entirely dependent on our five-sense interaction with the physical world and as such is totally incapable of grasping the “real” world that consists of universal Mind which is non-physical. This is why it is so important to continually remind ourselves that the truth can only be approached by stilling the thinking mind and going within.
The fact that this life-giving, light-love, energy force underlies every aspect of the universe can be experienced any day of the week in any corner of one’s daily existence. I think, for example, of the dandelion I once saw poking up through a sea of asphalt surrounding a shopping center that must have been an acre in size. Or the pine tree growing on top of a huge boulder, its roots clinging to stone like a huge hand holding a tennis ball. Even more impressive, was the discovery we made when we replaced the cement floor in the garage. The building itself as you are aware rests on a foundation that extends three feet below ground level. Then there is an eight to twelve inch layer of compacted fill forming a bed for the concrete slab. On top of that there is a four-inch slab of poured cement. Somehow, some industrious critters (chipmunks is my guess) had found a way through the foundation, burrowed through the fill and deposited a cache of acorns.
The surprising thing was that the acorns, in complete darkness and completely surrounded by concrete, had germinated and were sending out roots! I thought at the time I would probably never see a more unforgettable example of the power of the life force that the poet Dylan Thomas described as the force that “through the green fuse drives the flower.” Everyone no doubt has their own story to tell about witnessing the will to live. I suspect we all on some level recognize that deep within us is an abiding connection with growing things which explains why nurseries are brimming with row upon row of tiny plants just waiting for adoptive gardeners and why gardening is such a therapeutic activity for so many of us.
These examples (and many others) lead us to an undeniable attribute of the Source of All That Is (capital letters indicate that we are referring to the universal life force energy) and that attribute is extension. A fundamental aspect of the Source is Its intent to experience Itself through the extension of Itself. Since there is nothing outside of the Source and since whatever the Source creates must come from Itself and continue to be Itself once it is created, all things share in its characteristics. Remember, we are well beyond the realm of material things. And remember too, that we established that in order for anything to be real it has to be both changeless and eternal. Thus, that which is created by the Source and is therefore eternal and changeless cannot be material but must be idea. Matter, as we all know, changes; ideas do not. . . .
The danger here is that we can get sucked into the Western approach of compulsively defining ourselves so that we can measure what we are now in terms of what we were in the past so that we can formulate what we want to become in the future because we believe the past causes us to be what we are now as well as what we are to become. But in reality, as idea in the Mind of the Source, we are not becoming anything—we are and always were and always will be. If we are obsessed with the past and worry how it will determine what we are in the future, we miss the truth of what we are in the moment. This may be the ultimate value of learning to become still, learning to listen, learning to quiet the ever-present chatter of the mind so that can connect with the eternal reality of what we are, Namely:
We are Spirit
We are Mind,
We are invulnerable,
We are perfectly and forever safe,
We are totally unbounded and free.
This has to be the case; it cannot be any other way because that is the nature of the Source. And the Source, a master teacher says, “. . . is incapable of withholding from Its Self-expression the full embodiment of what It is.” (Raj)

When his son began to lose his bearings on the other side of the continent, author Michael Kressy began putting together a series of letters outlining in clear and easy-to-follow terms a foundational belief system, together with suggested techniques for achieving peace and equilibrium. Beginning with his opening letter, where he states, “I’m not suggesting I have all the answers, but I know after some twenty-five years of meditation practice where they can be found and the discipline and dedication required to find them,” Kressy helps the reader build confidence in his or her own ability to access inner wisdom by offering a convincing series of arguments pointing to mind as the only reality there is.

The letters that follow describe the obstacles that confront us (the ego, guilt, fear, and the split mind) and suggest how we can overcome them by developing healthy relationships instead of debilitating ones; learning to recognize authentic love; and going beyond thought and language in order to experience real peace. In the final letter, Kressy off ers practical suggestions for developing a meditative practice that emphasizes relaxation, developing the ability for sustained focus, learning how to become a disinterested witness to our own thoughts and, finally, experiencing liberation by entering into pure awareness itself. Accompanying his discussion of finding spiritual fulfillment are illuminating experiences drawn from his own life, including the lessons he has learned from them.

A retired philosophy and writing instructor, Michael Kressy has written feature articles, poems, essays, and a popular book on vegetable gardening. He is currently a tai chi chi kung instructor and a facilitator for two study groups focusing on A Course in Miracles and related teachings.