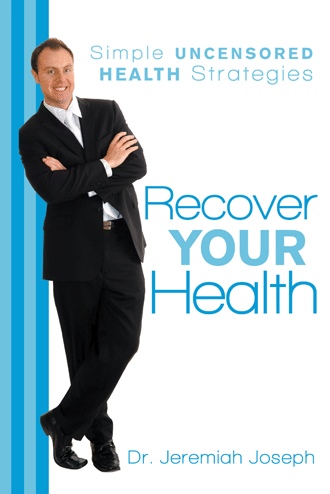 Food Combining Made Easy • Instead of steak and potatoes, eat steak with asparagus or some other form of vegetable • Instead of spaghetti and meatballs, eat spaghetti with steamed broccoli OR meatballs on a green salad • Eat nuts as a snack by themselves rather than as a part of salads or other foods since they take hours to digest • Fruits undergo no digestion in the stomach and are held up if eaten with anything else other than fruits; eat them 45 minutes or an hour away from a meal • Forget the desserts – eaten on top of meals they are the last to leave the stomach, and therefore the sugar ferments causing gas and bloating Rule #2: Chew each bite of food about 30 times or until is a thick paste rather than chunky. Remember, the stomach doesn't have any teeth! Advocates of food combining also emphasize the importance of thoroughly chewing all food before swallowing. A researcher named Abbe Spallanzani who made observations on gastric digestion in the 18th century, noted that when grapes and cherries were swallowed whole (even if they were completely ripe), they usually passed out of the body entirely unbroken. To further prove that the stomach was not very good at breaking things down, he swallowed some very thin wooden tubes that were designed so that the slightest pressure would crush them. Still, they passed through his digestive system completely unbroken. This confirms that we can only get nutritional value from those foods that enter our digestive system already crushed and chewed into almost a liquid. Walking the Line: How to Maintain Acid-Alkaline Balance 0 1 2 3 4 5 6 7 8 9 10 11 12 13 14 |___|___|___|___|___|___|___|___|___|___|___|___|___|___| | greater in acidity Neutral pH greater in alkalinity The pH Scale To be healthy our diet needs to include a balance of acidic and alkaline foods. Let's just take a minute here to refresh your memory about acids and bases. As you may (or may not) remember from high school chemistry class, a substance's acidity or alkalinity is measured according to its pH – or its potential (p) for freeing hydrogen (H) ions. The pH scale ranges from 0 to 14, with 7 indicating the ideal balance between acid and alkaline substances or a "neutral pH." Acids fall below neutral and range from 6 to 0, with 0 indicating a state of absolute acidity. Conversely, alkaline pHs fall above neutral and range from 8 to 14, with 14 corresponding to absolute alkalinity. Most Americans Are Hopped Up on Acid Our diet ultimately determines the acid-alkaline balance or imbalance in our bodies. In general, most Americans live on acid-forming, commercially-processed foods like beef, pork, pasta, hamburgers, hot dogs, frozen dinner, crackers, cookies, rice and dairy products. These foods create a lower, or more acidic, pH in the body. Also, while we are filling up on health-robbing, acid-forming foods, we are also avoiding health-promoting, alkaline-forming foods such as fruits, vegetables, whole grains, beans and other foods high in fiber. As a result, the real problem is an alkaline deficiency rather than consuming too much acid. This way of eating spells disaster for our health. Food for Thought: Most Americans – 68 to 91% – don't eat the recommended amount of fruits and vegetables every day. Fruits and vegetables should make up half of our daily food intake! A Quick Guide to Acidic and Alkaline Foods Acid-Producing Foods: • Spaghetti • Corn flakes • While rice • Rye bread • White bread • Whole milk • Lentils • Beef • Pork Very Acid-Producing Foods: • Parmesan cheese • Soft cheeses • Hard cheeses • Gouda cheese • Cottage cheese • Brown rice • Rolled oats • Whole-wheat bread • Peanuts • Walnuts • Salami/lunch meat • Liver sausage • Chicken • Cod • Herring • Trout • Eggs Alkaline-Producing Foods: • Apricots • Kiwis • Cherries • Bananas • Strawberries • Peaches • Oranges • Lemon juice • Pears • Pineapple • Apples • Watermelon • Celery • Carrots • Zucchini • Broccoli/cauliflower • Green peppers • Cucumbers • Tomatoes • Eggplant • Lettuce • Green beans • Onions • Mushrooms • Mineral water Very Alkaline-Producing Foods: • Spinach • Raisins • Dates * Note: All fruits and vegetables are alkaline producing unless they have been pickled or marinated. Therefore, I strongly suggest having a greens drink, such as Green Vibrance, everyday. The high concentration of alkalizing ingredients, such as green veggies, edible grasses and beneficial green algae, will help to bring your body into pH balance. I drink greens daily. Too Much Acid Erodes Our Health and Well Being The body generally functions at its best when its overall pH is neutral or slightly alkaline. The normal range for this optimum pH is very narrow, between 7.36 and 7.42. If the pH of the body is thrown off in either direction (usually by the diet), the body functions less efficiently and illness and death can result. _____________________________________________________ death acidosis normal pH alkalosis death _____________________________________________________ 6 7 7.36 7.42 7.8 9 Fatal acidosis to fatal alkalosis Because of our typical acid-forming diet, most people's pH falls in the acid range of 6.2 to 6.4. Just this slight lean toward the acidic end of the spectrum forces the body to borrow essential minerals like calcium, sodium, potassium and magnesium from vital organs and bones to neutralize the acid and safely remove it from the body. Because of this strain, the body can suffer severe and prolonged damage due to high acidity—a condition that may go undetected for years.

Based on cutting-edge medical breakthroughs, Recover Your Health combines four topics that can help you shed stubborn and unwanted pounds, dramatically increase your energy and vitality, protect you against cancer, and slow the aging process.

If you answer yes to any of the following, something may be interfering with your body's ability to restore itself back to its normal state:

You are not alone. Highly acclaimed author and speaker Dr. Jeremiah Joseph unleashes his four remarkably easy-to-follow strategies that show you how you can feel confident and in control of your health again. Dr. Joseph reveals four things that everyone needs in order to restore their health, increase muscle and decrease fat, recover childlike energy, combat disease, and enhance memory.

The body has an amazing ability to heal, repair, and regenerate itself from the day-to-day wear and tear, as long as nothing is interfering with this potential. The secret to unleashing these powers lies not in tricking the body with chemicals or surgery but finding the underlying cause and removing the interference. Remove chemical, physical, or emotional interferences, and the body can heal from just about any disease.  In one section, Dr. Joseph shares five well-known and easy-to-acquire nutritional supplements that everyone on the planet must have in order to live and age harmoniously.

Vibrant health, life extension, and an all-encompassing sense of well-being is well within our reach. Practical and easy to follow, Recover Your Health finally provides solutions to questions thousands and thousands of patients have been asking for.

Dr. Jeremiah Joseph is a highly acclaimed speaker, author, and educator. He lives in Englewood, Florida, with his wife, Dr. Kristin Joseph. He is the proud father of Josiah.

During his childhood, he suffered from excruciating migraines for years. Having MRIs and blood testing, an answer from the conventional medical model was not found.  It was at that time his mother and father decided to pursue another avenue and approach chiropractic, which ended up saving his life. Chiropractic restored his health and life.

His childhood dreams of serving humanity were sparked in Florida, where he pursued pre-medicine studies at Stetson University, in preparation to become a doctor. Having interned and worked in Florida hospitals, he quickly realized that the American healthcare system had its struggles with getting the average sick person well. Seeing virtually every patient receive a drug or surgery, and frustrated with the lack of results, he decided another path would serve those who wanted to achieve spectacular results in a superior way. It was at this time when he enrolled at Life University, where he obtained his Doctorate of Chiropractic. His fervor for life was redefined to empower individuals to take responsibility for their own health and well-being. The next three years, he went on to further his studies and obtained a diplomate in neurology.

He currently spends his time specializing in the emerging field of functional medicine. As a radio talk show host and guest of radio and television programs, he inspires thousands of suffering individuals each year with his groundbreaking messages of wellness, health recovery, and service. He and his wife have developed a unique weight-management system that has been shared with thousands of people in the southwest Florida region. He has performed thousands of lectures to hospitals, churches, corporations, and foundations throughout the state of Florida and across the country.

His remarkable approach for total health and well-being are the foundation to his thriving local practice in Englewood and the clinics he owns around Florida. His strongest premise is to build health by finding the cause and remove older, failing methodologies of treating symptoms and disease.

His love for his patients is what shaped the cutting-edge healthcare found in his centers in Florida and encouraged him to develop the attainable four-step methods that are found in this book.

His clinic in Englewood specializes in spinal correction and reconstruction, along with nutritional testing and treatment for both children and adults with diabetic and thyroid conditions.