Panic Attacks and Me 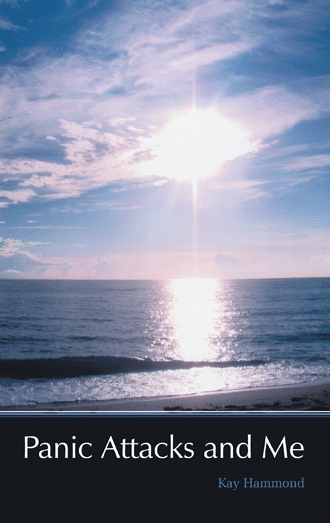 Panic attacks have affected more of us than we realize. I had not realized that until I had this story critiqued. I had what I now realize felt like panic attacks. I would crawl up on the den sofa as a child and not be able to move, as my mother would yell at me constantly. It seemed as if I could never do anything right. I could not understand what was expected of me. I am grateful that there were other neighbors who were not as critical of me as my mother. Eventually I would crawl off the sofa and escape to friendlier places. I have said for a long time that the lady across the street was more of a mother to me then my mother. She always had a kind ear to listen to my problems and make me feel better about myself. My Dad was also my protector from mother. He had to pick his battles for me with her, as there were many. He was more of a teacher than she was. I could never understand what she was trying to teach me if she would even try. She was a stay-at-home mother, so she tried to come between me and Dad, by telling me he was too tired to help me. But I found out that he was always happy to help. I am sure that it hurt their marriage trying to deal with me. I was told they had to walk on eggshells when really it was the other way around. The problem was that I have a learning disability. And this was before learning disabilities were understood and there was help for them. I was always told that I had a “sin over my head.” When I was divorced in 1990, I wanted to find out what my sin was, so I got an IQ test. I have an auditory processing problem which means that I have trouble understanding what people are saying at times, especially when they are yelling or being critical which is what my mom would be. This book is some of the ways that I learned to cope with life and not get paralyzed every time I had a problem. This coping can be transferred to all kinds of losses and panic situations. It taught me how to find the missing things and to find my way. I hope that it will help you also. Panic comes in different situations. It is all solvable if you slow down and put one foot in front of the other. I have always believed that there was a way to keep out of the shame and blame, something that would make sense. As I started getting the idea for this book, I used a recorder when I had ideas for sections of the book. As I would record in various places, people would show great interest. At that point, I had employees working for me. It was one of the employee’s assignments to type up my notes. She claimed that she had done it, so she was paid for it, but I never saw the results. For me, that was just another small loss. I have had some form of written transcript for many years. I was wondering what to do with it. Then a creative friend taught me to make chapbooks. That felt really good to have a way to publish it. The chapbooks really sold well and I enjoyed giving it to the special people in my life also. I have always wanted more for these words. I am so happy to have discovered this way to get my words out to more people in a better format.

“Using her own lifetime experiences, Kay Hammond has written a useful book for others with the same problem—panic attacks. In short chapters about situations a panicked person might find themselves in (such as losing keys), Hammond has provided flurries of questions a person might ask themselves, questions that are geared toward helping the person realize that another person has been there and found ways to find a calming solution. She ends each small chapter with a litany of hope and actions to take, plus reassurance that reflects her own strong belief in a God who shows his care for panicked people. The Poems contains several of her positive and uplifting poems.”

Kay Hammond is a born and bred Texan, and has never lived anywhere but Texas. She is currently living in the Austin area. Her goal is to see all fifty of the United States. She has gotten pretty far, but she is not finished yet.

She is a writer and photographer. The illustrations in the book where done by her.