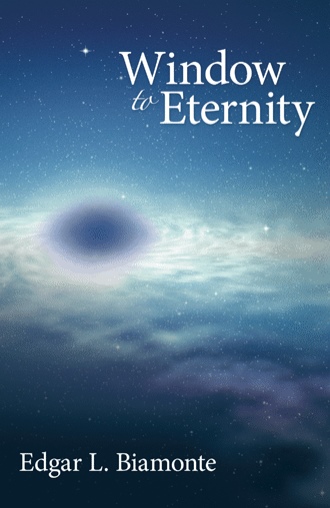 Window to Eternity theorizes that the material world is our learning plane, that is, a stage, as Shakespeare maintains. Nor is physical life meaningless as agnostics, atheists, and many sufferers, oft en contend. Were it so, our Creator would be stupid for having created us, which contradicts the incredible, clock-running universe, the spiritual world (heaven), and life that It created.

Religions, odd philosophies, superstitions, fearful notions and so on, have clouded man’s understanding about our purpose here, not our Creator. Simply put, God gives us the opportunity to utilize objects (things) so we can learn how to be generous and loving, not greedy, revengeful and cruel which we cannot learn (or reject) in a spiritual domain lacking anything tangible.

Although many believe or have faith that God answers prayers and interferes in our lives, were this true, It would have long since stopped wars, famines, and disasters, et cetera, most of which we have caused. Nor does this mean that we cannot receive help from great souls like Jesus, as this author discusses.

Though God has given us free choice, It created us fallible. Therefore, judging, punishing, and sending some of us to hell (a concept which we concocted, not God), for so-called sins, while saving “favorites” during Armageddon, would be injustice sublime. Besides, whisking favorites away, while leaving most of us behind to suffer catastrophic pain and anguish, would be the epitome of immorality, worse than what civilization’s worst dictators wreaked upon us. The Supreme Intelligence is obviously loving or nothing would exist. Beliefs that suggest otherwise are irreverent.

Window to Eternity evaluates that we are mostly in tune with the physical part of ourselves, not the spiritual, namely the soul, though it lives forever aft er entering the next world. Furthermore, although we depend on parents to raise us, employers to provide jobs so we can eat, and so on, there, our souls are free to group with morally and spiritually compatible others.

Despite the glitter, gadgets, and toys for young and old, our challenge in a mostly capitalistic world, is to strive to be much more loving (than we are), which is a positive energy force we must take to the next dimension in order to prevent negative souls from overruling it, which would cause its collapse, including the Creator, our world, and us.

Edgar L. Biamonte received his BA in English from Queens College, Flushing, New York, in 1961 and his MS in education from Elmira College Graduate School, Elmira, New York, in 1968. He taught English for twenty-three years in Elmira, including poetry and creative writing from 1962 to 1985 and retired in 1986.

He has completed four novels, a collection of short stories entitled Pieces of Wellington and Mayfield, and Window of Eternity, a life/death book published by Ashley Books in 1984.

He is also an accomplished jazz pianist and composer and still plays professionally. While in the 686th Air Force Band (1950–54), he toured with Frank Sinatra, Rhonda Fleming, Tony Curtis, Janet Leigh, and Ava Gardner during the winter of 1952. Visit edgarbiamonte.com.