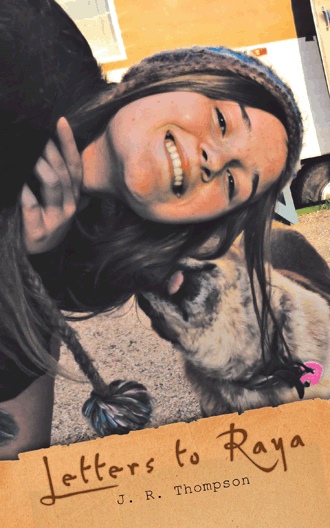 Mai and I lived in a van too, but not a moving one. For one hundred and fifty dollars per week, we were residents of ‘The Surfside Caravan Park’, along with a colourful mix of permanent, semi-permanent, and transient spirits. There was alcoholic ‘Bozza’ down the back corner. He kept to himself mostly; a very hairy man who needed some prosthetic dentistry, but pleasant enough. He lived in a constant, half-pissed haze and liked to fry sausages at midnight and sing to himself. All you had to say was ‘Bozza!’ and nod his way occasionally and he was happy. Mavis, to our left, was a kindly old lady with a penchant for wilting, hanging plants and knitting. She gave Mai cupcakes from time-to-time.

Frank, a German man, lived next to Bozza and had permission to keep his old, sandy-coloured dog at the park. They just walked a lot and kept completely to themselves. I had seen him in this town on other visits with Raya, wearing his long ‘Dr Who’ scarf; something which I felt to be contradictory to his demeanour. Its rainbow, hand-knitted happiness, belied him. Raya had always cornered his dog Bruno, tied up outside shops, patting him furiously; her cheeky game of not being caught by Frank.

No one knew his story. I didn’t think it polite to ask and there was no opening to land anyway. This man, like many, was an island with no moorings. He had a connection with Bruno and in this relationship he seemed the most content. Mai also wanted to befriend Bruno and her natural, reaching-out sensitivity did not understand Frank’s silent request for solitude. Occasionally, she would sneak over with doggy treats, when Frank was busy inside his van. Mai could be a little devil sometimes, even though a good-hearted one and I would hate for him to scold her and scar her relentless kindness. I often wondered what he did inside. Was he reading, writing or maybe a spy? No one knew, and I suspect no one ever would until he died isolated and alone, with Bruno by his side.

Asha’s life is one insecurely floating on the edges—the edge of sadness, of ill-health and hope. The emptiness left by her eldest daughter Raya, her soul mate, is a struggle she endures daily. Desperate for peace and to reconcile the void, she steals glimpses of her absent daughter in the eyes of her youngest, Maibelle. Together, the two create a life of distractions, enough for Asha to stay buoyant. She reluctantly accepts the challenges of living with Multiple Sclerosis, polluted memories and resentment; her love life and health now equal casualties. For sanity’s sake, she clings on to routine, faith, friends and hope. Just as her life is feeling most stagnant, Asha’s journey is taken in a new direction; even when faced with the unthinkable, she can begin to hope of a life, she only once dreamt of.

“Do you remember the gentle hum of planes, Raya? Since coming back to this tiny town quarantined from airports, I can’t hear them anymore. Remember how we used to listen to the birds on cheerful spring mornings; how they excited and reminded us that summer wasn’t far behind? Well, it’s the same feeling; that familiar drone of a plane overhead. It always suggested a future adventure or, at least, the possibility of one. The low hum, hinted to you returning, although now, it reminds me of your absence, so, perhaps it’s a good thing that I am out of the flight path.”

Tasmanian-born Jane Richman-Thompson lives by the sea, in a small Tasmanian, East Coast town. She has a twenty three-year-old daughter, Aisling, and together with her husband Heath, they are homeschooling their five-year-old boy, Fletcher. After thirteen years in a health food business, Jane now studies Art Therapy and is setting up a studio to take on clients.