The Republic of the Philippines in the 21st Century 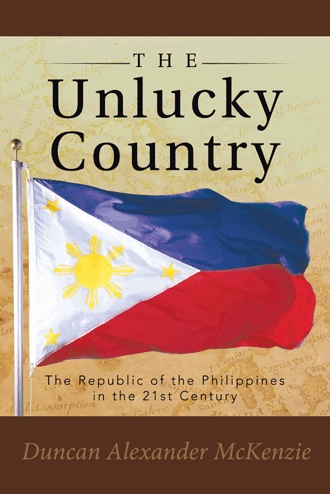 The fate of the Republic of the Philippines—overcoming obstacles and facilitating change.

Key point: To create economic success in the Philippines, cultural change is needed.

For me, it has been a long journey and a long association with the Philippines. At first working with Filipinos resident in the United Kingdom in the 1970’s and then first arriving in the Philippines in 1981, and periodically thereafter. Residing here from 2011 onwards, I have seen most facets of Filipino life and culture. It has been a fascinating experience. The Filipino has the superficial inclination to Hollywood and to all things Western, but is at heart an Oriental, and at times deep and inscrutable. They can sometimes keep what is in their hearts hidden from others. They react in ways consistent with concepts relating to loss of face, respect for elders and veneration of the family. They are a gentle soul but can react with ferocity if their family or their honor is threatened, or if face is lost. Like every other human on this planet they have needs and desires, but these needs and desires are shaped and expressed and filtered according to the unique cultural template and cultural mix that the Philippines possesses. The fate of the nation is problematic, and there is a serious danger that the economic and political situation within the Philippines will further deteriorate. The exploding population will place even greater demands on an already burdened economy, an economy that does not function efficiently. The nation has poor infrastructure, it is handicapped by its geographical morphology, it is facing threats from multiple fronts, such as climate change, and it has a shrinking middle class. In addition to this, as if that was not enough, the population has cultural and behavioral traits that markedly hinder global economic competitiveness in the 21st Century.

We mentioned previously the fact that Ferdinand Marcos came to power in the matrix of a divided world, with two superpowers vying for control and influence over the planet, and its natural resources. Marcos, as we mentioned, was a superb political operator and had the United States tied around his finger. By showing his anti-communist credentials there was, basically, nothing that he could not get from the US. He colluded with the US and created the fiction that the Philippines was a democracy. The pay-off for the US was that communism was kept at bay, and the pay-off for Marcos was unlimited political power, and almost unlimited wealth. The Philippines hosted strategic defense force bases here that allowed the projection of US power into the Asian region. It was a valuable ally and asset in the power game between the two superpowers. The world today is very different and changing all of the time, and at a rate that is breathtaking. Filipinos, and everyone else, have to understand the current and future state of play and the forces that are operating geopolitically. This is critically important, because these forces will either work in the favor of the Philippines or against the economic and political progress of the nation. The United States stills maintains a military superiority that is unparalleled. There is no other nation on this Earth that comes close to matching the military hardware and military effectiveness of the US. That, however, will change.

This book is about the Republic of the Philippines. It is the truth about the country, as seen through the eyes of a foreigner who lives there, and has been associated with the country since 1981. It tells of the culture, the people, the economy, the poverty, the disasters, the politics and of the need for change. The Philippines can find the road to prosperity. This book explains what needs to happen for that to take place. For anyone with any interest in the Philippines, or any connection with the country, this book cannot be overlooked. The author will donate 25% of author royalties from this book to charity to assist poverty-stricken Filipino families.

Duncan Alexander McKenzie is a retired nurse who is now a writer. He was born in the United Kingdom and emigrated to Australia in 1978. For the past year he has lived in the Philippines where he researched and wrote this book. His other interests include reading, chess, travel, trail bike riding and astronomy.