Birdsong Under the Wisdom Tree 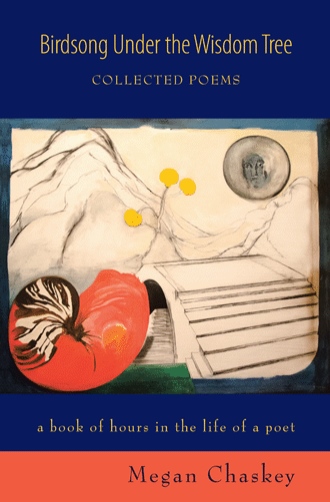 4. As Breath Gathers to Deep Water

Our way back to England

For both Scott and me, the inner call to return to England ran as an undercurrent throughout 1980–81, the year we spent in Cambridge, Massachusetts, where I got my Master’s in Elementary Education and Scott worked as a shipper/receiver in a bookstore in Harvard Square. We saved money over the course of that year, and in the fall of 1981, we headed back to England. There we first stopped in London to see Audrey and Peter Kimber, the publishers of Dorothy Yglesias’s books. Perhaps, they wondered, we could be the caretakers for Love Lane Studio and Love Lane Cottage in Mousehole, Cornwall until they were ready to retire there? It was because of that conversation in the Kimbers’ sitting room in London that we made the journey to this enchanted place on the Cornish peninsula. All of Pog’s things were just as she had left them: the coal stove, her carving tools, her makeshift furniture, and various wooden pieces in different states of creation. From the window where she had carved her pieces and where the jackdaws that lived in the beams flew in and out, we found ourselves gazing at the constantly changing face of Mount’s Bay. In Love Lane Cottage, the book Dorothy had been reading—The Judge’s Story by Charles Morgan—still lay on the table by her chair along with her reading glasses, as if she had only gone out for a moment and would soon be back to settle in and start reading again. As we explored her cottage that first day, the most touching moment came when Scott and I found the bundle of letters I had written to Dorothy. She had kept them in the bottom drawer of her dresser in her bedroom, and what made this even more amazing was that her other correspondence (and there was probably a lot more that she had not kept) was in an accordion file folder under the bed. By this, I realized that my letters had meant as much to her as hers had to me! So on the Kimbers’ invitation, we settled into the studio. A local man helped us patch the cracks in the old coal stove so that we could warm the high-ceilinged room, and we began to make a life there at the top of Raginnis Hill. Scott tilled a couple of meadows on the cliff-side, and we read and wrote and watched the birds come and go from the Bird Hospital next door. We were married on June 3, 1982, in St. Hilary Church, which housed Pog’s life-sized carving of Christ; and on May 5, 1984, Levin was born in the Truro hospital. And so began the next five years of our life together as a threesome on the hillside overlooking Mousehole Harbor. In 1986, below Love Lane Cottage and Love Lane Studio, and next to the Bird Hospital, Scott rebuilt the timber-framed house called Green Hedges. It was named after the prefab building that had stood there before, where Dorothy and Pog had also lived.

When Levin was little, I was fortunate to have the time and space to write poems, journals, and children’s stories while immersed in this blessed phase of womanhood. As a new mother, I reveled in watching Levin take to the world with his characteristic enthusiasm. Each day, we would walk through that vibrant landscape by the sea, whether on the coastal path or through the fields next to the village, and the magical wildness and beauty of the Cornish coast became food for my soul. After these walks, I would handwrite poems and then type them on my portable Olivetti typewriter, the same one my father took with him to Harvard. During this time, Scott and I both immersed ourselves in writing letters as a form of reflection and intimate conversation. To me, it felt as though we were living in an earlier era, when letter writing was itself an expression of the soul—the art of articulating the experience of our days to our friends and family back in the States. It was as if the imprint of my original connection with Cornwall, created through exchanging letters with Dorothy, had been carried forward. The poems in this section reflect the magic of these experiences and also of how we were feeling our way into our new community with those folks who live in one of the most powerfully beautiful places on the earth. One of the poems in this section, “For Elaine De Kooning,” commemorates my mother’s long, profound friendship with this extraordinary painter, whom she met in New Mexico and who encouraged her to eventually come live in the Northwest Woods in East Hampton. Elaine painted several portraits of me (and later, Scott as well) when I was fourteen, then sixteen, and again when Scott and I stayed in East Hampton, an experience that clearly resonated with the poetry between us. Elaine painted from her experiences, which, being the cultural adventurer she was, included attending bullfights in Mexico in the 1950s and ‘60s. Several of her paintings express the vitality and dynamic of a life lived within a strong sense of space and color, of a life steeped in the realm of art and lived deeply from there. During the spring she came to visit us in Cornwall, she painted a series of bulls based on the cave paintings she had traveled to see in the Lascaux Caves in France. I love the memory I have of her in Prussia Cove, drawing cave horses over rocky textures as she sat surrounded by the stones of the Cornish sea.

In Birdsong Under the Wisdom Tree, Megan Chaskey follows the archetypal poet’s journey, interweaving a lifetime of poems, journal entries, and memoir. Through her deep intimacy with both the inner landscape of imagination and the eloquent worlds of nature and relationship, Megan’s musical voice evolves from her younger years in an artistic family through loss and renewal as a poet, woman, mother, and the beloved wife of fellow poet Scott Chaskey. Megan unites all the elements of her sensibility into a lyrical and profoundly spiritual mosaic. In a world that may try to draw us away from a heart-centered life, Birdsong Under the Wisdom Tree stands as a reminder to live our lives from a place of love.