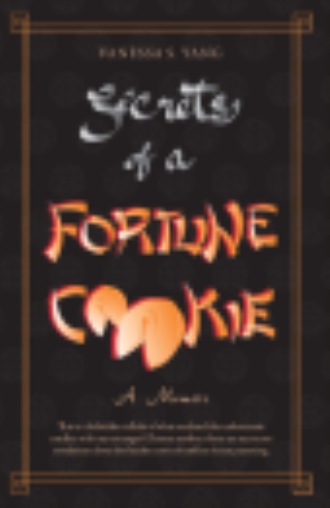 We consider a fortune cookie to be a dessert of sorts, that is characteristically Chinese. When we visit a Chinese restaurant in a western country, that crunchy golden cookie is often handed to us with the bill, and those of us who are not better informed will assume that it is a tradition of the Chinese. Existing only in Chinese restaurants, we deem it a novelty product and crack it open for the fun of it, anticipating a fortuitous message. After all, it is a “fortune” cookie. And when the message does not relate to our present circumstances, the majority of time, we toss it out impervious and simply eat the cookie.

Ironically enough, that fortune cookie, which is so commonly presumed to be Chinese thanks to its overwhelming presence in the West, does not have a place in China. As with “Singapore noodles,” “dim sims, ” and “chop suey,” the fortune cookie is just a misplaced food item that is associated by blasé assumption to a culture that hasn’t even heard of such a dish. We could blame it on ignorance, or we go so far as to blame the restaurant for ignoring the value of its cultural origin, and adapting their foods to be more appealing and identifiable to the West. But, regardless of who’s to blame, the easily overlooked circumstances of a fortune cookie are, as a matter of fact, rather unfortunate.

Likewise, I’ve found myself to be on a similar tangent as that unfortunate fortune cookie whose manufacturing, while within a Western environment, consists of ingredients that are wholly Asian. Like the cookie, despite having an Asian aesthetic, I was educated in Western environments and therefore have become a contrived product of the West. And to top it off, in my affiliations with Westerners, I’ve found that they tend not to care much for my complicated origin; they assume that because I’m “Westernized,” I’m exactly like every other white person around—except, of course, with yellow skin. What they don’t know are the underlying secrets of my Asian past that have polluted my ability to grow up fully Westernized.

This offhanded assumption that Westerners tend to apply to us “Westernized Asians” is comparable to the impervious attitude of popping a fortune cookie into their mouths, assuming it is Chinese without so much as a second thought. And, even if they were told, “Guess what? Fortune cookies are actually American,” they’d likely just shrug their shoulders and say, “Oh, really?”—and they’d think nothing more of it. Because of this, I’ve had to acclimatize to the unconcerned parties with whom I interact on a daily basis, and I continue to face a lifetime of conflict over my past. It has been a burden on my shoulders that I’ve had to lug with me for quite some time..

..In reading this book, you are invited to consider a perspective that until now has very rarely had a voice in this world. You will be exposed to some of the poignant, demoralizing tribulations and emotional detriments that I was forced to experience as an Asian child growing up internationally with strict parents, smack-dab in the middle of the culture-clash of East versus West; a clash where both sides presume that they are the superior party for arbitrary and cultural reasons. Having to endure this my entire life, you will notice my cumbersome journey in finding happiness; a task which I have spent a good chunk of my latter years trying, in vain, to accomplish.

There is often talk about the Asian student in the class being the brightest, and perhaps over a meal, third-party parents and children may discuss the possibilities as to why the Asian kids always seem to academically overachieve. Yet, there never really has been a deep enough consideration of the facts for the general public to fully understand their “commendable” disciplinary ethic and educational prowess. Until now, I have witnessed quietly on the sidelines, the passionate and, in some cases, heated opinions and criticisms on the topic of “strict” parenting..

..Regardless of my desperate attempts to tune it all out and put on the kiddy earphones, I have been unavoidably bombarded by the never-ending debate between Asian and non-Asian parents on the controversial topic of good “child-raising.” In previous years, I would happily sit and watch as parents hurled dodge-balls back and forth at one another, attempting to inflict insult without crossing the line, with their varying personal critiques and professional analyses on the opposite’s parenting methods. At best, I would find the controversy, and ignorance, in some cases, mildly amusing.

Like a guai hai zi, Chinese for “obedient child,” I listened to the debates and was a sitting duck to the comments and criticisms, and I would never so much as dare to nod my head in agreement at some of the blatant arguments coming from Western parents. Silencing myself in the name of “respect” for my parents and elders and the Asian culture, I subdued my views and betrayed my urges to side with the Western culture. Not wanting to betray my cultural roots, I gulped down the voice inside me struggling to be heard like a bitter medicine, each time I came across autobiographical accounts or heard CNN or Oprah interviews with psychologists, psychiatrists, parents, and teachers, in which they were all fervently having an “adult discussion” on the topic.

While I am indebted to the fact that at least the topic has had a voice in recent decades and has managed to raise some awareness or, at the very least, pique some interest on the matter, I realized that, arguably the most critical perspective has almost altogether failed to be similarly acknowledged. Somehow the debate remains between the parents, the family with seven children, and the learned older generation possessing degrees and thirty years of psychiatry or psychology experience under their fat, complacent belts. Apparently, having a degree in psychology or having a child qualifies you to become a certified contributor to the debate.

What about the perspective from the topic itself? Are we mute witnesses and unheeded victims? Do our accounts not matter to the jury? And above all, why does the perpetrator always seem to get the last word? I say it’s about time the tables were turned, for a five-minute interview clip with an Asian child, inserted into an otherwise adult discussion to broaden the range of sources in attempts to make it look “well-researched,” does not suffice..

..To all parents who thrive to produce a child with a long list of academic accolades, assuming that this is what they need in order to achieve happiness in life, try to consider the ordinarily unspeakable possibility that, certain achievements are born of unconditional love toward supported talent, and not of social restrictions and coercive toil. As much as you aspire for your child to excel in the academic ranks, proudly leaving the “average” folk in the dust, as statistics would have it, most children are inevitably average. If you’re not “lucky” enough to have birthed a child with a remarkable IQ, or one who is innately driven to succeed, you must be open to the fact that not all children will turn out to be prodigies, or natural-born doctors, lawyers, and investment bankers. Although you believe it is paramount that your child be the best in the class, if they are unable to assume that title, could you be content with a “mediocre” child? And, if such is an appropriate description of your child, is your game of austerity and restriction really the key to their happiness and success? As a matter of fact, must you equate a lucrative career to happiness? If you truly believe that your rigid parenting is crucial for ensuring a money-spinning career for your children’s ultimate happiness, might you consider that you may actually be forfeiting it?…..

What constitutes a “good parent,” and when do they go too far? We often hear stereotypes associated with strict Asian parenting, and yet, although the accreditations on paper are known to many, still we find ourselves wondering, “But at what costs?”

Secrets of a Fortune Cookie: A Memoir describes the harrowing journey of author Vanessa Yang, a young woman of Chinese descent, who was born in Singapore and educated in schools across the globe.

She experienced a traditional Asian-style upbringing, with no consideration to social development. As a strictly raised Chinese Singaporean expatriate student in international schools, she was also influenced by her friends and peers—and their Western ideals. Her mother’s relentless Eastern upbringing, dominated by an isolated focus on academics alone, was not a productive fit to a teenager’s growing desires to fit in and find encouragement and love.

These disparate experiences and lifestyles were the seeds of her vicious teen rebellion against everything her parents honored, and it was these acts of defiance that ultimately climaxed her insecurities. Satirically funny and heartrending by turns, her story of independent self-discovery brings to light, the aptly pondered detriments of the causes and consequences of stereotypical Asian-style parenting.

In the end, the clash of cultures she and her sisters faced drove her to resort to drastic measures in order to find the love and confidence she never received at home. A remarkable memoir with valuable life lessons, Secrets of a Fortune Cookie offers an inspiring look at a young woman’s turbulent past.

Vanessa S. Yang, a Chinese Singaporean, was born in Singapore in 1988. Her family left Singapore when she was one, and she and her two sisters grew up as children of expatriates around the world, living in the United States, Thailand, Taiwan, Germany, and China. While her sisters opted to study and live in Boston, Massachusetts, Vanessa completed her tertiary education in Sydney, Australia, and currently lives and works there.