A Step by Step Guide to Living Your Dreams 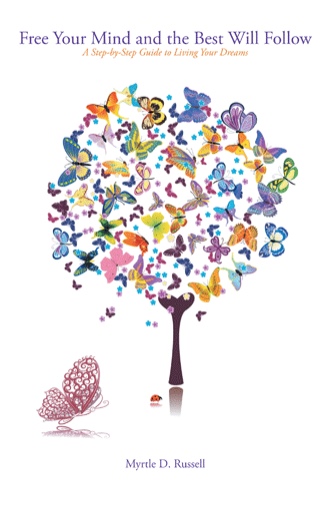 My mother was a single mom who gave birth to eleven children, one of which we never knew, and she never talked about. I heard it was a girl who died shortly after she was born. The rest of us all grew up under the same roof, two girls and eight boys. There are only seven of us living now. One younger brother preceded my mother’s death, and the two oldest brothers died two years after she died. Wounded.

My younger brother died from complications of AIDS at the age of thirty-two. Somewhat of a loner, he never had much to do with the family after he graduated high school. He went to college, graduated, fell in love with the church, and spent most of his time at church functions and driving ministers around. When he returned home the summer of 1995, his belongings in a couple of black trash bags and a suitcase, we knew something had to be wrong since he rarely came home, and when he did, he never stayed long.

A few days later he told me that he was HIV positive. Wounded. I told the rest of the family and immediately began lining things up to get him the medical and financial assistance he needed. My mom was a natural caregiver so I knew she had his personal care covered. I later asked him why he chose to tell me instead of someone else in the family – like mama. He reply was: “I knew you could handle it.” We all pitched in and things worked out. He died at home in March of 1996.

My oldest brother was 61 when he died. He was the “big brother” I looked up to as a little girl; the one who encouraged me to read, the one who introduced me to Jet and Ebony Magazines, and Black newspapers; and the one that did his best to protect me whenever he was around. He died in a tragic fire in 2006 in a run down boarding house with boarded up windows and no fire escape. You know, the ones that house what some would call “undesirable tenants;” buildings that should never pass city and state inspection codes. But they always do as long as no one complains, particularly the tenants.

I will never forget that early morning call in June, around 3:30 A.M. It was the kind of call that no one wants to get because you know it can never be good news that time of morning. It was a call to tell me that the building where he stayed was on fire and he didn’t make it out. I didn’t want to believe what I was hearing, and as I got dressed I prayed that it wasn’t true. This was the weekend that he was to spend with me. We had been together all day and had plans for later that night, but he decided he was going back home and hang out at his old stumping ground. Earlier in the day he had been given some pictures of a friend’s family reunion he had attended in Michigan. He was excited about the pictures because he was in a few of them with some “good looking chicks” as he would call them, and I think he wanted to go back home to show them off to his buddies.

As I entered the hospital examination room shortly after 4:00 A.M. and looked down at his lifeless body, partially covered with ashes from a fire whose cause was questionable and no answers offered, I said to him: “If only you had stayed with me, this wouldn’t have happened.” But it was too late. So I had to make peace with the thought that it was what he wanted to do. Wounded.

My second oldest brother died two months later. This brother was different, the kind you never could actually get close to, and you never knew what to expect from him. He died in surroundings similar to that of my oldest brother, in a building that served as a shanty motel for people who had fallen on hard times; another building that should never have passed city inspection as an inhabitable dwelling. And yet for its tenants, it served a purpose.

This time it was an evening phone call in August, from a younger brother telling me to get to the morel as quickly as possible. When we arrived, we were told by the undertaker that his body had begun to decompose, so we never got a chance to see him. Story has it that he had not been seen in two or three days, so one of his neighbors decided to check on him. When he went to his door, he was met with the foul odor of death, and alerted the landlord, who in turn called the police.

As we stood outside the motel among a crowd of curious onlookers, I couldn’t believe it. How could two brothers, the first two siblings I ever knew, be gone in slightly less than a two- month time span? Mama had died two years earlier, so I couldn’t defer any of this unnerving madness on to her. Neither could I make sense of it: the way they died, and why they chose to live where they lived. It was one of the saddest and scariest times of my life. Scary partly because their deaths meant that I was now the oldest sibling, and for the first time I thought about my own mortality. I had become the oldest child much too soon, or so I thought. It was also scary because it was a loss that came with a big responsibility since neither of them had insurance. But my younger siblings and I did what families have to do when death comes calling. We faced the music, but it wasn’t easy. Wounded.

What do I mean by the term “traveling wounded?” Many of us are living with unresolved childhood issues that prevent us from fully expressing who we really are, that keep us from living the lives we deserve to live. For some of us the wounds are so deep that we’ve stopped dreaming. For others the dreams have become nightmares that haunt us so badly that at night we find it hard to close our eyes and slow our racing minds, forcing us to become addicts of one kind or another. For a handful of us, falling asleep might actually be easier if we were assured that we would never wake up. Yes we are emotionally, psychologically, physically and spiritually wounded, and the wounds have made us so vulnerable that no matter how hard we try to forget the incidents and circumstances that led to the issues that caused the wounds, they keep tormenting us wherever we are. And they will continue to torment us until they either destroy us or we decide to heal ourselves.

“If it ain’t one thing it’s another” was a catchy phrase I often heard growing up. At the time, I didn’t give it much thought, except that I heard it a lot. But fast forward a few decades, and I get it; in life, there’s always going to be something!

I recently heard a pastor say as he delivered the eulogy for a young man who had battled addiction most of his life: “We all have issues. And if you are sitting out there in your pew thinking that you don’t have any, then maybe that’s your issue—you think you don’t have any.” Man, was he on target. There’s always something!

Free Your Mind and the Best Will Follow is a guide to letting go of your issues and living your dreams. It is a book of stories, spiritual truths, and activities that will help you realize that you are so much more than your circumstances and conditions.

Now is the time to reconnect with your inner power. It’s time to let go of your past.

Myrtle Russell, MA, CPC, is an educator, writer, nurse, and life coach. She has taught health education and personal development to thousands of students, and facilitated numerous training workshops for health professionals, civic groups, and faith-based organizations. She is co-author of small change: a 28-day guide to eating, thinking and feeling healthier, and is health editor and columnist for a weekly publication. She resides in her native state of Tennessee.