BRIDGING THE GAP IN HEALTH CARE 1

THE BASICS OF WHOLISTIC ASSESSMENT 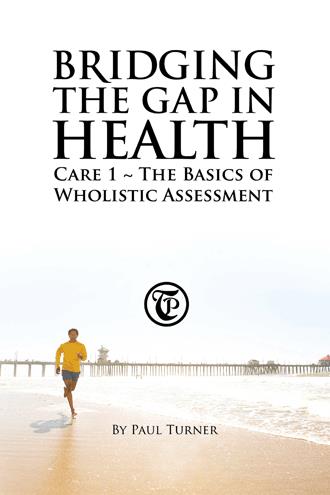 As a student of Osteopathy I encountered many difficulties. Shortly after entering the course I realised the potential inherent in the Osteopathic philosophy and I felt it offered a true starting point into wholistic healing and patient care. I knew it offered a holistic approach to patient care but most of the way through the course I struggled to see the big picture, to piece it all together, to truly see and understand the meaning behind the basic principles I was taught.

In my efforts to learn all the techniques and to become proficient at my work I found I, like many others, got caught up in too much detail and couldn’t really find, nor understand what the real problem was. In third year I realised I had jumped ahead of myself and couldn’t really feel what was going on with basic palpation. I forced myself at that time to go back to my first year principles and practise simple lumbar flexion in order to actually feel which areas were in trouble (at a basic level first).

By fourth year I still could not see the big picture. All I kept finding were many problems, with no idea how they were all related. More to the point, I found that I could not even agree with myself as to a diagnosis. I would keep getting a different diagnosis depending upon the method I chose to find the dysfunction. What was right?, what was not? What was the best and surest method? I found that everywhere I turned I could not get any satisfactory answers. It was something I needed to experience and work out for myself, it seemed. All of the different lecturers and clinicians I asked all seemed to give a different answer to the same question. They all had their own ideas on the problem, apparently finding no agreement amongst themselves, which only threw me further into confusion. They couldn’t all be right, either could they all be wrong. Some seemed very good at mechanics and explaining the specifics (in theory or practice) but couldn’t see the big picture themselves. Some could see the big picture but had difficulty expressing it in simple terms which I could understand. Those that saw the big picture it seemed didn’t worry so much with the fine detail—Why? How do we cross the two extremes? How can we see both the big picture and understand the specifics and be able to explain it in terms everyone can understand? How can we piece together the puzzle to find agreement on all the apparent contradictions? Furthermore, as students we were often told that we were perhaps not feeling the right thing. Again different practitioners would give different feedbacks. If asked why? Few could give a satisfactory answer. The practitioners would often get a different diagnosis from us and at that stage I felt that they must be right and I wrong as I was only a student. Later I realised that we could have both been right, it was just that we were looking at it from a different perspective, or feeling a slightly different tissue or layer, thus giving a different diagnosis (we needed a method of testing this possibility—which I will discuss later). 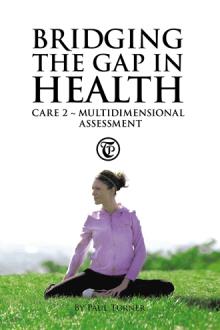 BRIDGING THE GAP IN HEALTH CARE 1 – THE BASICS OF WHOLISTIC ASSESSMENT. This book discusses philosophical and conceptual ideas designed to help promote wholistic thinking in health care, with some small practical applications. It helps to illustrate the rationale behind wholistic thinking in practice and its importance in health care as well as to eradicate some of the errors in following the purely symptomatic approach. Although originally written to help Osteopaths integrate assessment and treatment, the concepts discussed herein can equally be applied by all therapists, especially those involved in manual health fields. Testimonials: Paul Turner's insights into the mechanisms for achieving effective and lasting treatments and the associated examination and diagnostic protocols are profound, but described simply and clearly for the reader. After reading this book therapists will be challenged to alter how they deliver treatments to clients. Highly recommended…Geoff Charles (Remedial Massage Therapist). Bridging the Gap is a book that I found helped me to form a framework for healthcare. This framework allowed me to incorporate all the knowledge I had previously acquired as well as provided a platform on which to add and integrate my future learning’s. Thus, allowing me to completely integrate all concepts, linked or disparate, into my own unique paradigm of health and healing…Patrick Carr (Osteopath)

Paul is an Osteopath & Teacher who has been practicing since 1993, with years of experience in Cranio-sacral and Biodynamic Osteopathy as well as multi-dimensional healing methods. His healing work is gentle and effective in recovery from dysfunction and in improving self-awareness, health and well being.