What It All Means

Recognizing the Divine Self Within 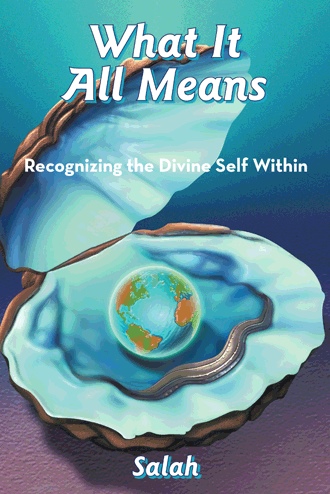 Within each one of us is the same consciousness, power, energy, and intelligence that is responsible for the universe and all things in it. I call this consciousness by many names in this book, including the Source, the One, the Absolute, the Self, the One Mind, the Tao, God, Allah, and Brahman. It doesn’t really matter what you call it. All these and similar names refer to the same reality, an invisible formless spiritual presence that is the source, sustainer, and sovereign of all things visible and invisible. This reality is the great ineffable Mystery of existence—a mystery that cannot be rationally understood or communicated, but only realized.

The astonishing fact—and it is a fact—that the Absolute resides within each one of us making us divine beings with divine powers, is the fundamental principle of existence. Discovering this principle, this hidden treasure, is the supreme purpose and end of life and the only means to gaining freedom from fear, insecurity, anxiety, want, suffering, and all the other problems of living in the world.

The central theme of this book is that not only can you discover this power, but you can also unite with it. More precisely, you have the ability to realize, or make real and come to know, that you are in truth identical with this power, and that you have always been. When this epiphany washes over you, it will radically transform your life.

When you recognize that the source of all life dwells within you as your authentic Self (and as the authentic Self of all others), you will cease to perceive yourself as a separate human being isolated from the rest of humanity and living in a hostile world. You will instead begin to feel that you are one with all people—indeed with all things—living in an essentially friendly universe. Being one with all things, you will appreciate that there is nothing to fear or doubt, for all things are reflections of you and working for your long-term benefit.

Knowing you’re connected to the source and sovereign of life, you awaken to the prospect that you can learn to use this power’s inexhaustible reservoir of wisdom and creativity to transform yourself from a fearful, self-centered, ego-based individual into a trusting, selfless, and compassionate being, thus putting yourself squarely on the path to God-realization. To be God-realized is to be conscious of God at all times and in all places, or, in the words of the Apostle Paul, to “Pray without ceasing.” God-realization is the summum bonum, or highest good, of life.

As your thoughts, words, and conduct conform more and more to the principles and dictates of this higher power, you gradually become a more authentic person because you begin to live from the core of your being, from your heart, as it were. Your outward life will gradually evolve into a near-perfect expression of your inner character. And, as your inner character takes on or reflects more of this infinite power’s attributes—attributes such as love, compassion, justice, beauty, and creativity—to that same extent will you come to resemble this power. That is, the more God-like you become, the more enhanced your creative powers to do good will be.

Your new state of being and consciousness will enable you to manifest more easily in your life everything that you genuinely need or sincerely desire, be it health, wealth, or contentment. You will be able to manifest these things because this power, which is responsible for producing all things in the material world, and your own individual highest consciousness, are the same universal One Mind. The only thing that seems to separate you from the One Mind, from God, is your lack of awareness that you are already one with it.

This book is an attempt to rectify this misapprehension.

I wrote this book because I had to.

Religion and philosophy have attracted me as far back as I can remember. One of my earliest childhood memories is of me standing in my crib looking out an adjacent window with rapt awe at the falling snow. I don’t know why, but I always considered the feeling I had then as a religious one. To this day, I love being outside when snow is falling. The whole atmosphere—the exquisite softness with which the snow falls, the uniformity with which it blankets everything in sight, the seamless whiteness of the cloudy sky, the incredibly serene silence—mesmerizes me and gives me the feeling of being in God’s presence.

Other childhood memories evoke similar feelings. For instance, I attended elementary school in Jerusalem, a city where religion is not some abstraction but a living, vibrant reality. Reminders of God are everywhere you walk, especially in the narrow streets of the Old City. On one street, the Via Dolorosa, you may see Christian pilgrims retracing the route Jesus took on his way to his crucifixion and burial. On another street, you may see hundreds of Muslim worshipers on their way to perform Friday prayers at the Al-Aqsa Mosque, the third holiest site in Islam. On a third street, you may see Hasidic Jews dressed in their black suits and hats on their way to worship at the Wailing Wall. Even my elementary school was religious. The Anglican Church founded St. George’s in 1899, and my teachers were nuns. In short, religion saturated my childhood. Not only did I not mind that, I positively thrived in that environment.
During those years, one of my favorite places to go whenever I had the chance was the Dome of the Rock, the site where the prophet Muhammad ascended to heaven to meet with God. The building itself dominates Jerusalem’s skyline and is one of the most stunning structures in the world, both inside and out. I did not go there as a child, however, to admire its architectural design, impressive as it is. I went because being there always gave me a sense of awe, wonder, peace, and wholeness. I continue to go there every couple of years or so when I return to Palestine to visit family. It seems to me in retrospect that I frequented this sacred site because even at the tender age of eight or nine I had already started looking for God and thought I would find him there.

In any event, at around the age of sixteen (I had moved to America when I was ten), I developed a keen interest in philosophy. Perhaps this was because at that age very few things, especially parents and girls, made any sense at all. After a bout of unrequited love, I, like many teenagers similarly situated, started a journal, and began to write poetry. Then, one summer during that period, I read Will Durant’s The Story of Philosophy. I was instantly captivated. I knew right away that I would become a student of philosophy for the rest of my life.
Also during my teen years, I would often listen to record albums (some older readers may remember those 33 rpm LPs) of recitations of the Qur'an, Islam’s holy book. As any Arabic-speaking Muslim will tell you, there is nothing in the world that compares with the cadence, beauty, and transporting effect such auditions have on the believing listener. I myself came close to near ecstasy many times during these sessions. Listening to the Qur'an showed me the power scripture can exercise on the imagination of man and instilled in me a profound reverence for the teachings of Islam. This in turn awakened in me a strong desire to learn all I could about other faiths...

What It All Means is a fresh formulation of the perennial philosophy addressed to the serious spiritual seeker in the twenty-first century. Author Salah weaves together Eastern and Western wisdom traditions, personal mystical experiences, and modern scientific discoveries to produce a portrait of the universe that is completely different from how it appears to our senses.

In What It All Means, you will discover that the universe is ultimately spiritual, not material, and that it is alive, self-aware, and infinitely intelligent. More dramatically, you will see that your human life is similar to an illusion, a dream, or an image in a mirror—that your true nature is one with the Source of the universe and is therefore eternal, formless, pure awareness, untouched by the limitations of the material world.

What It All Means is a book that just may change your life—undoubtedly for the better. Open it anywhere and read a couple of pages. You won’t be disappointed.

Salah was born in Jerusalem, where he spent the first ten years of his life. After graduating with a degree in religious studies from the University of Virginia, he went on to law school and a successful legal career. Several years ago, he underwent a profound spiritual experience that dramatically changed his outlook on life. What It All Means describes this mystical experience and examines the revelations that were disclosed to him at that time. Salah lives with his wife and two sons in Northern Virginia.