An Introduction to the HIGHER SELF IMAGE, MIND, BODY & LIFE! 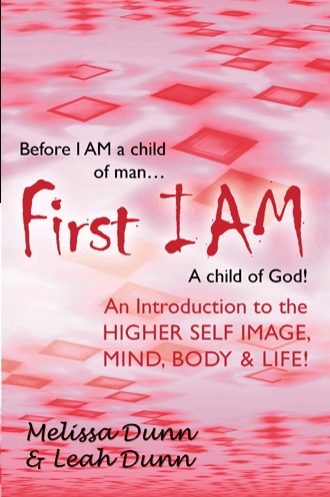 The YET When we lose sight of our FIRST IAM self image—God’s glorious image in our mind and body—we lose balance for our lives. Without proper balance, we find ourselves and our lives dis-eased and dis-ordered. Frankly, we find ourselves upside down. While writing this book, we were attempting to hold fast to our own FIRST IAM self. We found that the world at large is a war zone; offering every opportunity to disbelieve God and his plan for our lives. It’s easy to let go of God’s image for the image and likeness of fleshly man. Pity parties are designed by man and losing one’s true IAM image is what gives a pity party its real fuel. We lost our parents to disease and disorder, we were estranged from our immediate and extended family members, our retirement funds were depleted due to a diseased economy, our ability to borrow cash was impossible, and even some of our friends turned their backs on us. But more frightening than the aforementioned losses; we began to lose sight of our vision for this program and for our own First IAM HIGHER SELF IMAGE and LIKENESS. Losing hope affected our minds and our bodies—more specifically, our physical, mental, and spiritual balance. We found ourselves dominated entirely by our lower emotional minds more times than not—which made perfect sense considering that we were in a constant state of survival rather than belief and faith in our HIGHER SELF IMAGE in God. We had long forgotten things like Philippians 4:13 and Jeremiah 29:11. We were reacting defensively day in and day out. We were trying to stay alive. Just as soon as one wave of adversity would come crashing in around us, another and still another would come rolling in at us. We would barely reach the surface for a quick gulp of air when we were being forcibly pulled under by another undertow of misfortune. There were times when we even lost our grip on one another—the pain and stress proved to be greater than we could bare. And then, there was the word YET. Romans 4:18-24 Against all hope, Abraham in hope believed and so became the father of many nations, just as it had been said to him, “So shall your offspring be.” Without weakening in his faith, he faced the fact that his body was as good as dead—since he was about a hundred years old—and that Sarah’s womb was also dead. Yet he did not waver through unbelief regarding the promise of God, but was strengthened in his faith and gave glory to God, being fully persuaded that God had power to do what he had promised. This is why “it was credited to him as righteousness.” The words “it was credited to him” were written not for him alone, but also for us, to whom God will credit righteousness—for us who believe in him. (NIV) The word YET of Romans 4:20 is what caught our attention. Yes, we were tossed to and fro upon the waves of this tumultuous life, YET we decided to hold onto God’s promises. God had promised us something long before our earthly material losses—something way higher than our lower minds could even comprehend! God had planted within us HIS very image and likeness! With God’s image and likeness came His power, dominion, authority, and strength over our seemingly impossible circumstances! God gave us His dream, His hope, and His future design for our lives just as his word had asserted in Jeremiah 29:11. God had imbued us with His strength and resilience just like his word had declared in Philippians 4:13. We found ourselves to be more than conquerors just as Romans 8:37 affirmed. And then there was Job. Job, when faced with his adversity said, though He slay me, YET will I wait for and trust Him and] I have no hope--nevertheless, I will maintain and argue my ways before Him and even to His face. We had determined like Job that though God was allowing life to beat against our backs and strip us of our material possessions and family, we would argue our case before Him night and day until relief was attained. Like Job, we knew WHO and WHAT we were—we had simply forgotten momentarily due to the intense pain and suffering we were experiencing. YET was on our side.

Be WHAT and WHO you really are by leaving behind the religion of your youth and receive the spirituality of your adulthood—that’s the message of the First IAM® and the IAMRenewed4Life® programs. Created and designed to bring the reader to an acute awareness of their higher self image and likeness in God, First IAM® demonstrates how to remove all obstacles of fear and shame created by one’s former religious ideology and thereby receive their Highest Identity in Truth! Higher Self Consciousness enables us all to fulfill God’s purpose and design for our lives and thus change the landscape of the Earth! It’s time to change your mind and your world by becoming WHAT and WHO you really are…the First IAM!

Melissa Dunn is a Certified Personal Growth and Spiritual Life Coach, Certified Weight Loss Management Consultant, Certified Sports Nutritionist, and a Certified Personal Trainer. She has spent the majority of her working career in both the Medical and Pharmaceutical Industries. With over 80,000 hours of Biblical and Religious study and more than twenty years of medical knowledge under her belt, Melissa has discovered that her true passion is teaching and writing about the importance of the mind–body–spirit connection. Currently, Melissa resides and is in private practice in the Dallas/Fort Worth metroplex.

Leah Dunn earned her Bachelor's degree in Psychology from Texas Christian University in 1991. Although she thought her path would lead her to becoming a clinical therapist, she began a successful career in the world of finance. Leah is presently a real estate broker and writer and resides in the Dallas/Fort Worth metroplex.