Signs Of Love From Beyond 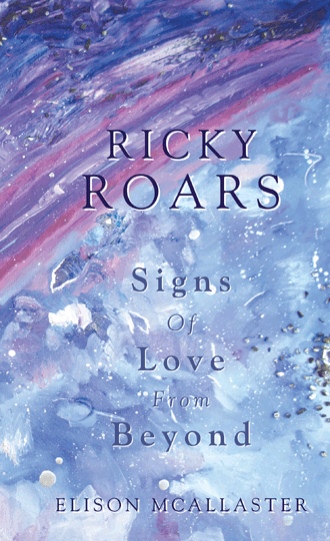 The night before, as we were walking back to our home from the accident site, I told Dick, "Oh, my God, Dick, we don't have a minister to bury Ricky!" Our favorite local minister had died while we lived in Colorado, and we hadn't really connected with any others in town. We stopped going to church. I justified this by considering myself a good person who didn't need to attend church to worship God, yet here we were living in the southern "bible belt" without a family minister! Dick understood my concern that night, but we just didn't have the energy or time to do anything about it. As I talked to our new friend, Don, and asked him more about himself, he explained that he was a retired Presbyterian minister who had recently decided to fulfill his lifelong dream of travelling on his sailboat to the Bahamas. Don had been peacefully cruising off the Georgia coast on Christmas Eve when his GPS mysteriously failed. His boat ran aground on some jetties and started sinking. Don had frantically called every marine tow service he could locate, and the one service that would come out on that special holiday would only tow him - of course - to the marina right next door to Ricky's accident site. He had extensive damage to his boat, and had spent five days cleaning up mud and debris from the bottom of his boat. Don wondered why he had ended up there, but trusted that his fate would be revealed. Remember, there are no accidents. Both Dick and I grew up in the Presbyterian faith, and had been taught predestination. As I listened to Don's story, I began to realize that God had sent us our minister! Not only did He send us a minister, but He literally had him right there on site waiting for us. In my amazement over this "coincidence," I invited Don to come home with us for some food and warmth. We talked for hours, introduced him to our family and friends, and he agreed to help us with all the preparations for the memorial service. We were so thankful to have him right there when we needed him that we referred to him as "our second angel" sent to help us within twenty-four hours.

In the blink of an eye, another person’s choices can totally change your life. When author Elison McAllaster’s dynamic youngest son was tragically killed in a car accident on New Year’s Eve, she declared to her family that they had to look for the positive and trust that more good would come out of that experience than negative. Little did she know how true that would be.

Over the next twelve months, they had repeated, miraculous communications from beyond. From visits from sacred birds to instant electronic signals, their son, Ricky, let them know that he was still with them—listening, watching, and signaling his love and approval of their daily struggle back to life and laughter.

These signs from beyond are unique because they have been witnessed by other people in varying conditions. Love never dies, and Ricky’s strength of spirit and creative ability to share love from another form will inspire and uplift anyone who feels detached from a passed loved one.

Elison McAllaster lives in coastal Georgia with her husband, Dick McAllaster, their older son, daughter, and three grandchildren. She spends summers in Breckenridge, Colorado. She and her husband founded the Ricky McAllaster Foundation ten months after Ricky passed. They promote an annual Ricky McAllaster Memorial Lacrosse Classic tournament every February and sell the newly created RIP 10 line of athletic shorts online to raise funds to promote teen driving safety programs and youth athletics in the area.