Taking Tea in the Black Rose

Singing Through the Shadows Until We're Dancing in the Light

by Craig A. Combs 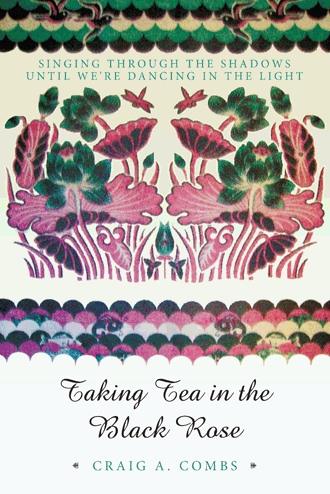 Craig Combs was born in 1969, near the end of a highly volatile decade in American and world history marked by unprecedented social unrest and constant outcries for real political change. Thus, his inherent passion for personal freedom and global equality, along with a soulful appreciation for natural beauty and the arts, presents itself throughout this subtly yet carefully framed collection of original poetry.

Apart from the accelerated frequency and intensity of key events in the world presently, the times are not much different than they were back then; yet in spite of his fair share of life’s thorns and blisters, the author has remained steadfast in his devotion to service and to love, moving boldly forward through the tears of disappointment, while gathering the harvest of a hundred mended hearts along the way.

For both the serious student of life’s occult mysteries and the casual literary buff alike, this compilation speaks to each reader deliberately and distinctly, in a language only they can hear or pronounce. Taking Tea in the Black Rose is a tensely visceral and intriguingly candid exploration of the author’s own heart and soul. It does not demand to be read from chapter to chapter, like some books, or even from cover to cover. Nevertheless, a second reading is sincerely advised, with a nice cup of tea on the side.

Craig A. Combs is an independent writer born and raised in Flint, Michigan, now living in Toledo, Ohio's Old West End, who is currently celebrating 25 years as a poet and social philosopher. He has recently published his life’s work with Balboa Press in a 148-page book titled Taking Tea in the Black Rose: Singing Through the Shadows Until We’re Dancing in the Light, in which he showcases his finest writings along with several of his most cherished photographs.

Craig has also spent the last six years as a practitioner of Holographic Repatterning; a modern energetic healing system based on the fundamental principles and teachings of Traditional Chinese Medicine, Indian Ayurveda, and Native American and other Western traditions of healing. The author is currently enrolled as a student of East-West Herbalism, and in addition to his ongoing practice of writing and public readings, his passions include nature photography, the culinary arts, and holistic health.

For information about his book, as well as his public appearances and other topics of personal interest, please visit: