Something Happened On The Way To Heaven 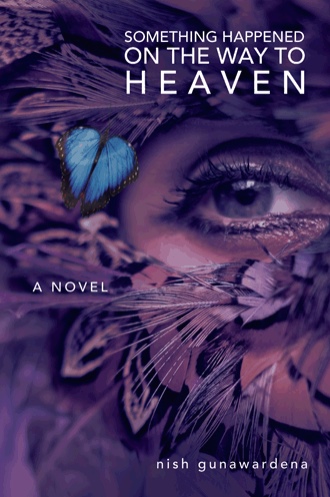 
“Tell me about your girl. Ms. Vancouver?”

“Apparently, she is. You are planning to spend the summer with her.”

“That’s true, but she is not quite ready.”

“Where did you meet her?”

“It was that hiking trip to Mt. Shasta.”

“The trip you saw Joan of Arcturus? Apparently, Ms. Vancouver has that similar vibe you yearn for.”

“Maybe I am not ready or that’s how she feels.”

“She is still testing you.”

“There’s definitely that. See, she works with dolphins at the Vancouver Aquarium as a part of her grad school program in Marine Biology at Simon Fraser University in Burnaby.”

“Isn’t that where they filmed the sci-fi series Stargate SG-1?”

“Yes. She also spends a lot time diving with dolphins and whales in Queen Charlotte Sound, Hawaii, and Kaikoura bay in New Zealand, for her thesis in cetacean communication and neuroscience. She is amazed by their brain sizes topping humans. The brains sizes are key in their communication. The whale songs are long and complex. Carl Sagan once said, the whale songs are like reciting The Iliad in 90 minutes then repeating it phoneme-perfect all over again. So she has over time moved away from human speech as a way of communicating into pure aquatic snazz.”

“So what do dolphins have to say?”

“They communicate using synchronized movements, sonar, and acoustic vibrations. She thinks that dolphins, who seem to operate out of a different paradigm, feel we take life too seriously and end up making it too difficult, complicated, and painful for self and others. I was told of an incredible number of occasions of dolphins displaying unearthly intelligence and a remarkably sophisticated and unique brand of sense of humor. It’s almost like she is getting this unexpected tongue-in-cheek lesson in life. I have seen her change dramatically.”

“Douglas Adams, who wrote The Hitchhiker’s Guide to the Galaxy, would agree with her observation. He said, man had always assumed that he was more intelligent than dolphins because he had achieved so much – the wheel, New York, wars and so on – whilst all the dolphins had ever done was muck about in the water having a good time. But conversely, the dolphins had always believed that they were far more intelligent than man – for precisely the same reasons.”

“The American poet Barrie Gellis wrote, the universe is a casual place, not a suit and tie affair.”

“Gellis will probably tell you that higher you reach in the celestial hierarchy the more ordinary things get like with the dolphins. We have it all backwards. It’s not that we are ordinary and they are extraordinary. They are ordinary. It is us, who are burdened by the extra.”

“She loves John Lilly’s The Day of the Dolphin. When we are together she doesn’t treat me a lot different from a Pacific Ocean cetacean.”

“Something’s gotta give. You guys need an inception.”

“There will be no conception for sure. We don’t go there.”

“I got that from the tension, but something is brewing.”

“She wants me to be different than the last ones. I feel the same. We are both nervous you know.”

“So I guess you are not going to use a line.”

“If you weren’t real I would make you up.”

“Nice! Where did you steal that from?”

“You are a west coast soul lost in an east coast hole. That’s sad. So what are you going to do?”

“You don’t know what lies ahead. You think it will be nice, so the expectations are high.”

“It’s like we are at this stage. There is definitely a swaying between ordinary lull and ecstasy. The ecstasy is in the silence.”

“It’s called a nonversation. Is it deafening?”

“In fact, it often is. This may sound weird, but I can truly loudly detect constant vibrations. I think that every human can do this to varying degrees.”

“But most can’t hear it for their noisy thought chatter. What the Buddhist monks call the Monkey Mind and the Red man calls Coyote Mind.”

“Right, when we go on these long hikes in the island, you know, across the Strait of Georgia.”

“And Meares. Her grandma lives in Tofino. She is part Tlingit. … It is so quiet there. I silence my mind and I can hear the trees. The vibe f each sound is different, but together they make music. Pythagoras called this the symphony of the spheres.”

“Trees! Each one has a story, like a parable with a subtle underlying teaching given. I never walk away the same person.”

“Plato’s first academy was a grove of trees belonging to a man named Academos. So was the school of Pythagoras. Moses, Jesus, Siddhartha Gautama, and the Druids all spent time among trees searching for wisdom. Gautama Buddha attained Nirvana under a Bodhi tree. In fact, Druids mean wise ones of the oak. Buddha was called Muni, meaning the silent one. Maybe they all knew how trees and silence could teach.”

“Druid lore imply that divine powers of the cosmos dwell in its eternal silence. Sometimes I will spend an hour listening to a flower. The life in it somehow finds resonance with every one my cells pulsating with a vivacious stream of life. I often loose track of time losing myself and dissolving into the mist of the island.”

“Maybe she is putting you under some mesmeric Tlingit magic spell. I think she is your Isis!”

“I only complain when I am not under it.”

“She doesn’t need to be. She just gazes at me with her deep sensuous dark brown Tlingit eyes as if I was just a line in a poem she casually wrote. She gave me this book to read.”

“What is it called?”

“In the Presence of High Beings: What the Dolphins Wants to You to Know.”

“Some of it. It was a bit boring and I didn’t quite get it.”

“I think that is what she wants you to know on your own. Her silence purposive.”

“There was an exception to the silent treatment.”

Raye is in love. His life on the East Coast is unfulfilled without her. She lives in another country. He takes a summer off from his busy graduate school life to be with her, but his journey to get out of his trap is interrupted by a mysterious messenger in the most unlikely of places. Raye is taken off his planned course and taken unwittingly on a path of his initiation and preparation for the girl of his dreams, who had previously rejected him for his incompatibility. He is stunned by the messenger’s down-to-earth delivery of unearthly intelligence and the message of timely incisive magic with seductive mystery. Raye is mesmerized by the messenger’s golden arm bracelet of Uraeus, which epitomizes the potency of the revelation he receives. There is a battle in his heart. He must win it to be with the one he sought in the beginning. Will he see the true source of the light he is illuminated with?

Nish Gunawardena is the author and photographer of the books Traces of Eden, Color of Serendipity, and The Lost Dynasty. Gunawardena has written and photographed for several national and international newspapers, magazines and journals. He is currently a graduate student of biochemistry and molecular genetics/medicine at Georgetown University Medical Center in Washington, DC.
www.tracesofeden.com