Manifesting the Life You Want 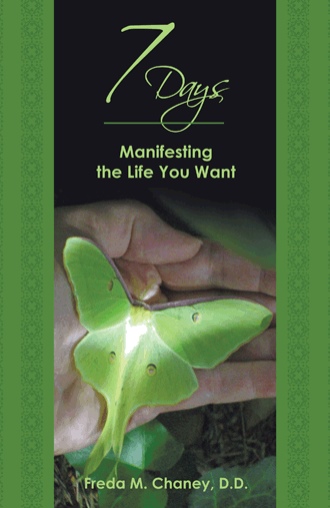 Know Who You Are

to Manifest Your Best

You are here to enable the divine purpose of the  universe to unfold. That is how important you are!

We are DIVINE! Yes, Divine creatures who can create, manifest, form something from nothing! Jesus is a prime example. He turned water into wine at a wedding feast, created an abundance of food for hungry crowds, manifested 153 fish in a net for his disciples to illustrate the power of belief. In addition, Jesus brought Lazarus back to life after many days in the sepulcher. He gave sight to the blind, hearing to the deaf, made the lame to walk, and taught that love is the most important key to opening the door—the door that will open if we will only take the initiative to knock.

We are all sons and daughters of DIVINITY! And we create with the same inner Spirit of the DIVINE. In Luke 17:21 (KJV) Jesus told the Pharisees that they should not look with their eyes for the kingdom of heaven.

Another example of a holy and wise man is Buddha. He said, “The way is not in the sky. The way is in the heart.” The message, of course, is to look within yourself. Many throughout history have shown us personal Divinity in action, otherwise known as: manifestation, creation, and miracles.

It is written that Buddha instantly tamed an elephant that was about to trample a child. He made tainted water pure, and manifested a bridge in the sky, walking on it for a week! Buddha’s list of miracles is long and incredible. Take the time to read about Buddha's and others' miracles of manifestation to help give you a sense of your own Divinity.

Great philosophers, writers and gurus through the ages have shown us various paths to fulfillment. The first stepping stone on that path is understanding that we are Divine beings—we ARE that path. The life stories of these movers and shakers inspire us because they demonstrate that human transformation IS possible. They reveal to us that we can live on a more compassionate level, not only with others, but also with ourselves.

The great William James believed that personal transformation is what really mattered. The belief in the unseen could, he believed, save one from the pitfalls of life and instill in them independence and purpose—the ability to rise above circumstances and become great. James himself suffered from depression and used faith to anchor himself.

Mohandas Ghandi wrote in his autobiography that he fought temptations of the flesh and had failed on occasion when he was young. He went on to lead a moral life and by doing so found that he had much more personal power that benefited not only his family, but also others who were within his range of influence. Gandhi led a lifelong search for truth and arrived at his own conclusions about Divinity.

St. Augustine lived a scandalous existence before he began searching for answers about the purpose of life. He found his path to fulfillment and became a father of the Catholic Church.

The well known story of St. Francis of Assisi shares the conversion experience of a son who could no longer exist in his parents’ prosperous surroundings knowing that others were without homes and food to eat. Following his conversion, he ministered to the poor and shared Christ’s message of love.

There are thousands of written examples of personal transformation. One could write many volumes solely on that subject. The root of these transformations was the knowledge that inside of each man is something more which is unseen by the naked eye—a seed of Divinity. We are each created to be great—to express Divinity in our own way.

Ralph Waldo Emerson grew up in a religious household. It was expected of him to become a minister and spend his life preaching the Gospel in Concord, Massachusetts. However, Emerson could not cope with the fact that his mouth was delivering messages which he, himself, did not believe. He dared to step out of his religious frocks long enough to think about what his purpose was and why.

Emerson headed the Transcendentalist movement in the 19th century. Belief in self—the individual—the Divinity of self began that slow transition which eventually reached around the world including such great names as: Henry David Thoreau, Bronson Alcott,  Margaret Fuller, Nathaniel Hawthorn, Herman Melville and Walt Whitman.  In Europe, such great writers and thinkers as Fredrich Nietzsche and George Eliot followed Emerson’s philosophical teachings. Some truly great minds emerged from Emerson’s initiative to explore who he was—to find his individual path of fulfillment.

Whether we agree with a person’s transformation or methods thereof, they are, nonetheless, valid for that individual. The important thing to remember for each is that they knew they had a purpose—a reason for making their lives excellent. They knew that inside their suit of skin was a Divine being! Each chose to express that Divinity—share it with the world.

There are many paths—many ways of thinking, experiencing, worshiping and living. It matters not your locale, culture or religion. YOU are the path. Go inward and discover the seed that was planted in your DNA. It is wise to learn how others found their paths, but always make it a priority to find and walk your own path. Then get out there and share what you have learned with others so that they can forge their own paths!

How does one begin an inward journey on their own path? Simple—no hocus pocus—just do it. Sit down in a quiet place, close your eyes. Ask your Higher Power, God, the One, your Guide or  your Higher Self, whatever you find most comfortable, for guidance. You may first want to pray or surround yourself with white light. These rituals may be comforting to you and allow an easier transition into your revelation of the Divine through meditation.

For instance, if you are an artist, and you desire your artwork to be seen and appreciated, you may brainstorm to think of ways to make this happen. Suddenly you have a flash of insight which pushes you forward to become a successful artist who shares artwork capable of inspiring others and assisting them to see with new eyes. This “gift of insight” could very well be from your mastermind group of “Higher Selves” communicating to you those things which you are requesting in earnest. The more enthusiastic you are about receiving, the more you will receive from your mastermind group of Higher Selves or Guides. If our intentions are good, and if we are willing to share with others what we receive, the benevolence of the Universe opens to us on a grand scale.

7 Days: Manifesting the Life You Want is on the cutting edge of how we can acquire what we desire by applying simple principles for self-improvement. This powerful guide provides examples of how the method has worked for others. The 7 Days samples of manifestation and supportive quotes bring a classroom to your fingertips. The 7 Days website offers even more support with a blog, store, and options for personal mentoring sessions. 7 Days: Manifesting the Life You Want is THE book on manifestation that gets you manifesting quickly and easily. Visit the website at http://www.7daysmanifestingthelifeyouwant.com/. Happy manifesting!

Freda M. Chaney was born and educated in the US. She studied liberal arts at Otterbein College and earned her Doctorate in Divinity from AIHT. She wears many hats as an author, motivational mentor, literary scout, and entrepreneur. Freda spends her days manifesting her best for herself, her family and students of her 7 Days mentoring program.