The Glory That Was Palenque 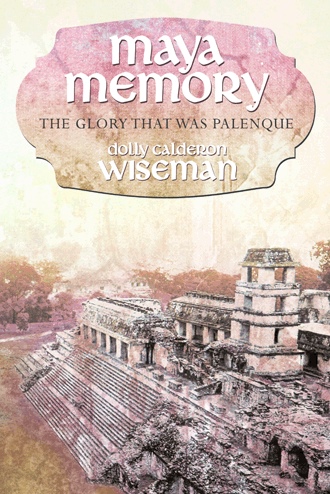 It is AD 869, and Lady Chanil Nab Chel feels older than seventeen tuns as she is solemnly carried toward the beautiful city of Palenque, Mexico. As she journeys from her home in Tikal to become second wife to Palenque’s high king, Lady Chanil thinks her biggest challenge will be to produce an heir to the throne. But what Chanil does not realize is that an evil high priest lurks in the shadows, waiting to seize control of the city and snatch the throne out from under her. Destined to be the mother of the new race, Lady Chanil prepares to carry out a life far beyond her power to change. But as the years pass and her husband ages, the people of Palenque become uneasy. Their beloved city is in grave danger. As high priest Ah Kan Mai plots to rid Palenque of Lady Chanil, the queen is propelled into a dangerous fight for her life and the lives of her two young sons. Desperate, she summons help from her elderly uncle, Men Lamat; her giant mute slave, Chukah Nuk T’zi; and the king’s army general, Keh Cahal. Only time will tell if she will succeed in her mission to save Palenque from destruction. In this compelling and passionate tale, the struggles of the Mayan people of Palenque and the beauty of their ancient city are revealed as one woman attempts to change history forever.

Dolly Calderon Wiseman is an actor and author of the children’s cookbook Everybody Eats Tortillas. After a dream piqued her interest in the ancient Maya civilization, she spent thirty years researching the Mayas. She currently lives in Calabasas, California, where she and her husband own a real estate business.