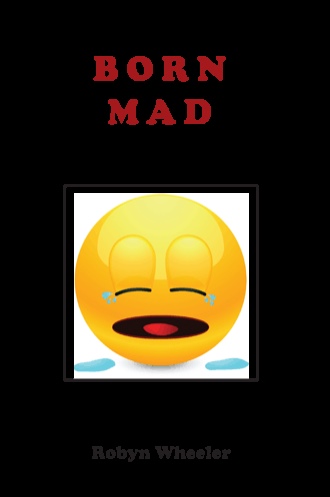 I began crying in the middle of the night, telling my husband I wanted to die. I became immobilized with fear at the prospect of having diabetes and by May 2008, when the stress, worry and anxiety were overwhelming and overrode any common sense or rational thought, I became suicidal. Truly believing I would be better off dead and unable to face any more illnesses, I had it all planned. I was going to swallow a bunch of pills while my husband was out playing golf. I could shoot myself, as we keep a pistol in a secret spot in the house just for protection purposes. Either way would work, as long as I found relief and could be mentally, emotionally and physically pain free. I remember just wanting my life back. How had everything gotten to this point? The weird thing about dysthymia is that most of the time an individual is not immobilized by the depression. It is so mild and rarely noticeable that most individuals are happy most of the time. But when the depression sinks in, it takes the person to an extreme opposite end of the mood spectrum. In a matter of minutes, even seconds, a person can go from feeling happy and upbeat to being negative, pessimistic and deeply depressed. A dysthymic allows one rotten moment out of a day to ruin the entire day from then on. The many good, happy moments are ignored, allowing the one bad moment to overrule all the others. I wanted the “happy me” back. I knew I would never be happy as a diabetic. In my mind, a diabetes diagnosis was a fate worse than death. It meant a life of agony, daily needle injections and declining health. Why didn’t I kill myself? Many people say they don’t go through with harming themselves because they think of a loved one, a pet, their job or something they love to do that keeps them going. But for me, to be honest, I was too afraid to do it. I felt stuck, really stuck, trapped in a horrible hell I had no idea how to get out of. What does a person do when she doesn’t want to live anymore but is too much of a coward to follow through with her intentions? Day after day I tried to get up the courage, but when I came close I bowed out. I wasn’t afraid to leave my pets or family behind. I wasn’t afraid someone would find me and call 911 and I’d be hospitalized. And I wasn’t afraid to die. I was simply a coward: I lacked enough courage to go through with it. If you are someone thinking of doing something disastrous, please know there is an answer and a solution to your depression. It may not be dysthymia, like mine, but keep searching for the truth. Try everything out there you have access to. Seek professional help, do whatever it is they tell you to do and do not give up. Quitting for me was not an option. I had to rid myself of my anger before I hurt more friends, family and myself even more than I already had in the past. Unable to speak for others, I can only give you my account. I attribute my thoughts of suicide to truly believing I could not get through whatever hardship faced me, I wasn’t strong enough. Feeling as if I were constantly sinking even though I know how to swim and drowning even though I was treading water with all my might, fatigue won, leaving me hollow inside. Many persons surviving a suicide of a family member often ask, “How could they do that? What were they thinking? They had kids, family, a job; didn’t they think about what they would do to their family?” Suicide is a selfish act. Contemplating taking your own life is feeling so overwhelmed and besieged by depression that no one else matters. I didn’t think of anyone else or how they would feel after I was gone. I only wanted to end my pain and suffering, despite whatever pain it would cause my loved ones after I was gone. Their thoughts, pain and frustration and reactions to my death were not my concern at the time. In the few moments that I did think of others’ reactions, it only enhanced my deepening thoughts of doom and dread and gave me one more thing I couldn’t cope with or didn’t want to cope with. I couldn’t think about it anymore; the more I thought about others, the more I wanted to die. If you had loved ones who killed themselves, they most likely weren’t thinking of you or anybody else in their life. Their mental capabilities at the moment would not allow it. They were only able to think of their inner pain and suffering, and not what you might feel once they were not around.

Follow Robyn Wheeler on her journey from fits of rage as an angry child, blunders and setbacks as an adult in deep denial, to her quest for awareness and enlightenment. Robyn takes you inside her deepest thoughts and fears, as well as her chronic anger and thoughts of suicide. After being diagnosed with a “bad state of mind” called dysthymia, Robyn wrote Born Mad to help others who may be unaware that they might be suffering from a low-grade chronic depression that will make life difficult, ruin relationships, and contribute to a negative and hopeless outlook on life. Born Mad includes symptoms of dysthymia and coping strategies, as well as the story of how Robyn came to believe in God, defeat chronic anger, and become the person she was meant to be. Read about her courage and determination to be happy and how her life has changed after having a “brain transplant.” If you or someone you know suffers from constant mood swings, angry thoughts, and extreme worry or anxiety, Born Mad might shed light on the reasons why and how to fight your way through to hope, peace, and happiness.

After several years of depression, anger, and anxiety which led to thoughts of suicide, Robyn Wheeler sought out treatment and was eventually diagnosed with dysthymia. Believing that others might benefit from hearing her story, Robyn wrote about her journey and everyday life coping with this rarely talked-about mood disorder.