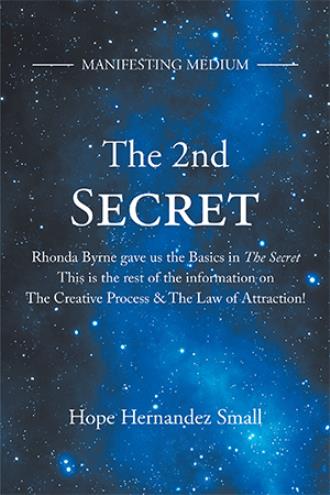 Chapter 1 The Day that Changed my Life I was Divinely Guided through the Creative Process! The Day that Changed my Life (TDTCML) I was Divinely guided through the 3-Step Creative Process; Ask, Believe and Receive or Prayer! And it was only as I took each step…that I knew what the next step was. So, I decided to do the logical thing and…retrace my steps to find out how I’d done it! I was then given “The Formula” for Right Prayer. This is what happened… Late February 2008I stood in the kitchen alone at the end of my tether…my mind was a blur: “How did I get here?” After a lifetime of struggling with diets I was left exhausted and broken…and fat. I cried out to God at the injustice; “What’s going on? This wasn’t supposed to happen!” Then something snapped and I lost it. Through tears of frustration I vowed; “That’s it. No more diets. I am never ever going on another diet!!!” It’s amazing how much clarity you get when you stop fighting against your life. This is the day that I stopped struggling. I gave up the fight that we call dieting. I had to get some distance, some perspective. I thought about how, no matter how messed up my life had been in the past, my weight was the one thing that I could always control. And now that I did not have that anymore, I didn’t know what to do, I felt lost, numb…unable to function. In the past, I would push harder and harder when I met with resistance but now…I had simply stopped doing what was no longer working. This is the day that I stopped reacting. I stopped being so angry, so driven, so sure I was right. I let go of all that. Dieting had left me frustrated and worn out, I let go of that too. And as soon as I did, a new calm came over me and something that I had not felt in so long…peace. “Acceptance looks like a passive state but in reality, it is active and creative, …that peace, that subtle energy vibration…is consciousness.” Eckhart Tolle “A New Earth” Pssst! Shhhh! Want to know a secret? There is another secret out there and guess what? It is right under our noses but that is exactly why we do not see it. And, like the Law of Attraction, when I tell you what it is, you will probably realize that you have known about this secret your whole life. If you want to know more, please read on… Now that I have your attention, your spirit of curiosity means that you will get a whole lot more out of this book and that has got to be good for you and me! I can’t wait to tell you about this magical secret because I truly believe that it will change your life as it changed mine. A clairvoyant once told me; “One day, your diet will change drastically.” Then she looked at me in total amazement before adding; “OMG, you have something to offer humanity!” At first, I was convinced that she had picked up on my brothers’ many inventions, the ideas and prototypes that Frank and Jose were working on at the time and I told her so but she was resolute as she continued; “I can see those inventions all around you but that’s not it, no, You have something valuable to contribute.” At that point, I neither accepted or rejected what she had said but I did not know what to do with it so I filed it away at the back of my mind. I was daunted too, thinking; “What could I possibly have to offer?” That’s a dangerous question! And, after that, I could not stop thinking about it. It was as if the clairvoyant had awakened something from deep within my being. In time, I realised that the yearning to fulfil such a destiny was within me and I have searched for it ever since…until now. It was not until that exact moment… The moment when I decided that I would never ever diet again… …in the absolute certainty that I was not going to accept defeat either that the solution hit me like a bolt of lightning - zap! The answer was still out there somewhere…waiting to be discovered. As soon as I realized this, I asked my God to guide me to it. I was now fully aware that my resolve would be tested to the limit…should I be so lucky! It was overwhelming to make such a big commitment but I knew in my heart that I would never pass it up because this was my destiny. And I believed that I would be guided and helped along the way…And it was not until I stopped struggling long enough to listen to the stillness…that the answer came softly to me… …if God had the perfect challenge for me… Then, I truly believed that He also had the perfect solution, I told myself that when I found it…I would share it with the world! God had the whole package for me, the perfect challenge, complete with the perfect solution. And He had wrapped it all up in the perfect incentive, tailored - just for me. My soul rejoiced, even as my ego trembled and tried to entice me back into the safety of the comfort zone. But there was no turning back now…the journey had begun! Again…Nothing had worked before so I had to be open to new possibilities…Nothing “out there” had worked so I would have to go within and trust my own inner guidance. This was quite an ambitious undertaking but how can you accomplish anything unless you aim high? I knew I was up for it, I said: “I’m ready. Let me have it…sock it to me universe!!!”

—— MANIFESTING MEDIUM —— The information coming through from spirit has evolved since The Secret and it is available to you right here, right now. God wants you to learn how to do the Creative Process Consciously as it will Awaken you. And, in the process, you will Manifest the Promised Abundance through The Word! In late February 2008, I was Divinely Guided through The Creative Process. So, I decided to do the logical thing and – retrace my steps to find out how I’d done it. And, ever since, I’ve been receiving information from my guides in spirit about how to Manifest through Prayer. I was also given the information that I needed to expand the Biblical 3-Step Creative Process: Ask, Believe & Receive into the Complete Spiritual 10-Step Creative Process - My Gift to Humanity! The Medical Medium, Anthony William says that he can’t watch television to relax because he constantly receives medical information about the people on the screen. And, when I watch Seminars on Manifesting, I can’t relax because it triggers such a torrent of NEW information that I have to get back to work. Finally, as the Manifesting Medium, I must tell you that this information does not come from a book, it comes directly from spirit so you won’t find it anywhere else. Includes “The Secret Diet” I was guided to And an ORDER FORM to fill out and Order “The One” from the Universe!

Hope was born in France where she spent the first nine years of her life before emigrating to Australia with her family in 1968. She is a first-time author, wife to Robert and mother to Angela with a background in Disability Care, Office Administration and Research. One day, she prayed for help and what started out as: “Please God, help me!” eventually became: “Please God, TEACH ME TO PRAY!” And it marked the beginning of a journey that transformed her life and inspired this book. Through her Sacred Contract, Hope has direct access to Secret Knowledge from spirit about the Creative Process. She is currently working on her second book “The Manifesting Manual 4 Humanity.” For more information go to: www.hopesmall.com