A young East German Girl's Courage of Survival and Escape 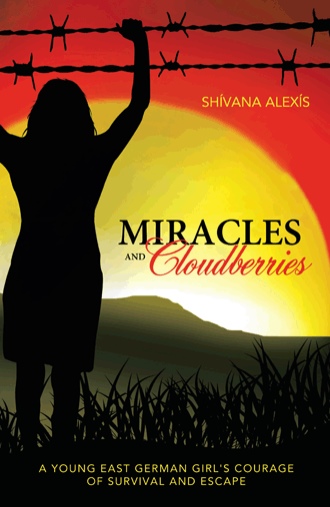 Ariane grows up neglected by an emotionally distant mother in post-war Communist East Germany. At the age of twelve, she discovers her mother dead in their apartment. She struggles to overcome emotional trauma and tries to deal with ghost-like memories of the past. Her father's disappearance is cloaked in mystery while political intrigue surrounds the death of her mother. Feeling forsaken by everyone, she carries her pain in silence and clings to the words of her uncle Emil, who had assured her that miracles had kept her alive. He, himself, missed out on miracles but was taken away by the STASI, the secret police of East Germany. When Ariane later is threatened with political blackmail, she makes a life altering decision to leave the GDR. Her escape leads her into the arms of an American soldier. When they become separated, she once again must trust that miracles will usher in a happy ending.

Shivana Alexis was born in East Germany and came to the United States in her mid-twenties. She made a career in human services and education. She is an advocate of intercultural understanding and has travelled extensively. Ms. Alexis resides in Northern Arizona with her two smart and adorable cats, Liebchen and Suki.