Journey to an Ancient Land 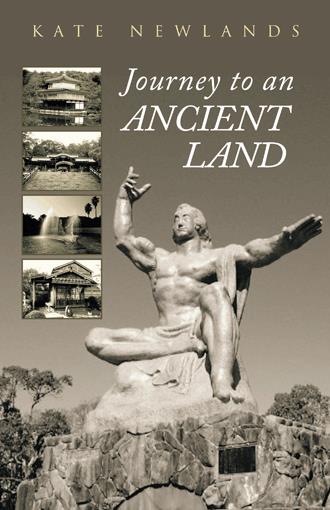 We started to see the lower islands of Japan as we came up the coast; I was feeling calm but excited too. I was feeling a little bit like I was coming home, not realizing just how much of an impact Nagasaki was going to have on me. This was to be our destination for the first 10 days.

As we came in over Fukuoka we heard from the captain it had been snowing and it was 0 degrees. I took photos of the city and as we came closer you could see the snow on the tops of buildings. I wondered how the plane was going to land in the snow, but there were no problems.

I was to understand what AJ went through when she came to this country for 1 year. I was reminded of this occasionally when I couldn’t read signs or understand the language. I understand more about the cultural change a person goes through on returning to their home country, but this you will read about when you get to the end. AJ was about to start a month of translating and jumping between two languages, which sometimes caused her great tiredness. For her it was going to be like having the same conversation twice. 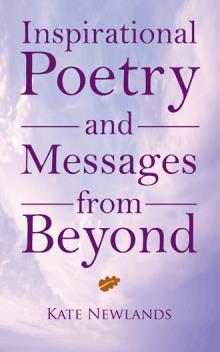 Inspirational Poetry and Messages from Beyond
Kate Newlands
$15.99

This travel journal is about my experiences of living with families in Japan for a month in 2006. I experienced so many different changes in one month on an emotional and spiritual level, to different lifestyles, islands and scenery. Living in a family environment, the communication difficulties and the culture of a country 1000’s of years old. This journal speaks of the people I came to know, the food, the scenery, tourist spots, and the culture. All the memories I have will stay forever in my head and heart.

Kate is originally from NZ and now lives in Western Australia. Kate is a Author and Writer, Reiki Practitioner, Spirit Communicator. This journal describes her experiences staying in a non-English speaking country. Kate receives and writes channeled spiritual and inspirational poetry. She has had spiritual poems and messages published in the local state spiritual magazine. Kate has also had Inspirational Poetry and Messages from Beyond published by Balboa Press. Kate has recently written 2 novels, both based on true stories, which are being published, and has 3 more novels being written, all based on true stories. Kate publishes under her maiden name as dedication to all her deceased family.