Mind Your Own Life

The journey back to love 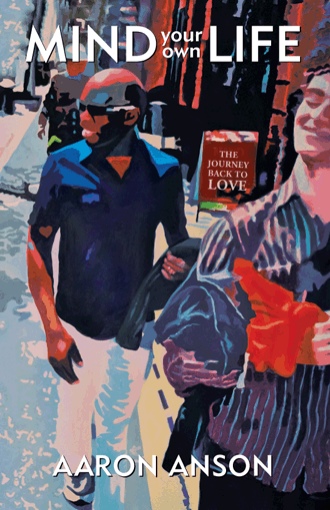 Self-thinkers: individualized, intentional, independent, intuitive; thinking without confirmation or approval from others.
This definition sums up my reason for writing this entire book, which is meant to encourage a deeper exploration of the human experience.

I hope to foster a transcendent dialogue on the human spirit and its relationship with our beliefs. It is not my intention to disparage any religion or religious belief, but I do call into question any church’s philosophy that claims to have all the answers, but doesn’t ask any crucial questions. I challenge doctrines and teachings that have been blindly passed down for thousands of years, without being widely questioned. I ask why we believe as we do, and how we arrived at those beliefs. I’ll even explore the path not taken that would have led us to different beliefs.
Although it’s awkward and void of inspiration, at times I may come across as critical of those Christians I feel stray from our highest calling: unconditional love.

However complex it may seem, my quest has been to communicate on a level above our senses of sight, hearing, smell, and touch in order to transcend our ordinary level of awareness and connect with our originating Source. Once we reconnect with our Source, we can then establish the moment our beliefs—about morality, sexuality, abortion,racism, and more—were formed. We’ll even discover why we believe the way we do, and how our superiority complexes evolved.

Shall we then dare to go one step further and cultivate our most valuable resource: our own minds? And if we squander this birthright by living our entire existence based on the desires, values, and beliefs perpetuated by others, who is responsible?

Throughout this writing, I have refrained as much as possible from quoting biblical scriptures to validate my points. I am acutely aware that scriptures, much like a movie, a conversation, or even this book, are open to interpretation, and I see no value in adding one more to the countless Biblical interpretations out there. I’ve always been fascinated with the life and teachings of Jesus, Buddha, Confucius, Gandhi, and many other spiritual teachers. I have no interest in proving or disproving any of their sacred teachings—I merely want to call attention to the necessity of seeking our own truth, as well, and ascertaining that we are not beholden to someone else’s truth.

Many times the Bible is used as a weapon—to falsely embolden our own beliefs and force them upon others. If we look back at the Civil War, we’ll see that the North and the South both used the same Bible to defend their points of view and justify their reasons for fighting the war. Southern preachers took certain parts of the Bible literally, using scriptures to defend slavery: “slaves, obey your earthly masters with fear and trembling” and “tell slaves to be submissive to their masters and to give satisfaction in every respect.”1 Northern preachers, on the other hand, were confident that God was on their side. The words of The Battle Hymn of the Republic summed up their belief: “as He died to make men holy, let us die to make men free.” They would even cite the book of Revelations to suggest that if the North won the Civil War, it might pave the way for a kingdom of God here on earth. You have to wonder if the same misinterpretation is still happening with today’s hot social issues, like abortion and marriage equality.
I used as my guides some of the greatest spiritual teachers, such as Jesus and Buddha. Notably, they themselves never wrote anything down. Instead, their less distinguished followers would perform the task of recording their teachings for others to read. I conclude, as some others have too, that the leaders themselves never wrote because they felt that written language couldn’t maintain the integrity of their message.

Consider this: the Old Testament in the Christian Bible is based on the Tanakh, the Hebrew Bible. It has been altered throughout to support the teachings of Christianity instead of Judaism. Even more, there are now many versions of the Christian Bible, each one choosing different translations of various words to express what the translation’s authors felt were most important or most accurate.

Given that the Bible alone has several interpretations, not writing things down would have ensured the original message of inspiration remained consistent with its source, thus restraining multiple interpretations from being made out of the original intended context. This is evident in the countless interpretations we are inundated with today—all alleging to be precise.

First and foremost, I have to acknowledge that regardless of what others decipher or interpret, we have a far superior interpreter at our own disposal that is perfectly aligned to our wellbeing in the universe. I chronicle my life experiences and offer deliberate dialogue based on my reasoning—however not withstanding debate. It would be ignorant on my part to disregard this innate awareness and ability for each of us to examine our own reasoning capacity individually. Furthermore it would be contemptuous to convey this absolute privilege of discernment to anyone else to subjectively instruct my soul’s existence within the universe.

This book is not about changing one’s mind, but rather engaging one’s mind. My endeavor is to inspire you to rise above the persuasive rhetoric of politics, preaching, and even philosophy. My truths and experiences should serve only as a precedent. You can then seek and find your own truths within this cosmic creation, the universe. The catalyst for the confirmation we seek may be through, Buddhism, Christianity, Islam, or other teachings—or combinations thereof—so it is important that our minds be open to all things and not attached to any one thing. Only then can your enlightenment give birth to your own self-affirmation.

I’m but a minuscule fraction of matter that is cooperatively working together with every other minute fraction of matter to facilitate the workings of the universe as a whole. Until the day I see clouds criticizing, rain condemning, trees arguing, stars boasting, air attacking, the moon molesting, or the sun despising—I will hold to a fundamental belief that everyone and everything God created is good precisely the way it was created! Anything shy of this opposes good (or God) and is incapable of being in harmony with the originating Source that created it.

Mind Your Own Life: The Journey Back to Love

At last! An authentic message of love and acceptance!

Life-enhancing semi-autobiography. Raised a devout Christian in the South and endeavoring to uphold indoctrinated beliefs, Anson struggled to find true affirmation amongst the ambiguity of being gay with religious beliefs that espoused intolerance. After a brief military stint, he married and fathered two children, simultaneously battling depression, anger and fear before finally accepting that he was inherently a gay man. This book deals head on with the divisive issues of religion and politics that have for centuries caused rifts between, countries, families, and facilitated a recent spate of bullying and suicide among teens and gays.

He secretly harbored for many years his struggle to suppress his nascent sexuality in hopes of escaping the paradox of being gay with Christian beliefs, hopeful that being gay would vanish and relieve this tremendous burden. Anson sought validation from a religion that despised him wholly. This book; targeting parents, adults, and teens; chronicles Anson’s struggles with depression, denial, and acceptance in the face of extreme homophobia perpetuated by religion, politics and false beliefs.

Anson assertively portrays an uncorrupted universal love and acceptance as our inherent birthright and explores the connection with our spirituality, sexuality, and morality. Anson tell his story with sublime prose and grace with inquisitive insight of our human experience. His story is beautifully rendered in a way that is challenging, thought-provoking and inspirational. It hits home for many and told in a way that you will not soon forget.

Aaron Anson, an inspirational speaker, consultant and New-Thought Coach, was largely self-taught, influenced by the writings and lives of,Thoreau and many great thinkers. He is cofounder of a computer technology firm with his partner Oliver and a contributor for the Huffington Post. Anson has inspired readers and listeners all around the world with his passionate message of self-love resonating with those seeking authentication in their lives. His book, Common-Sense Universe, inspired by the overwhelming response and letters received from readers and listeners is scheduled for release, Summer 2012.

His book Mind Your Own Life: The Journey Back to Love (MYOL) which began as a journal of Anson’s own life, before evolving into a book.has been featured in AARP and many other publications around the country. Anson maintains that the book instead chose him as a vessel for others longing to be accepted and validated within. He has been a guest on many radio shows and guest speaker at several literary events promoting self-love and acceptance.

Raised a devout Christian in the South and endeavoring to uphold indoctrinated beliefs, Anson struggled to find true affirmation amongst the ambiguity of being gay with religious beliefs that espoused intolerant and hypocritical beliefs.

After embracing his self-discovery, his fascination with the arts, world cultures and humanity led him all  around the world where he’s participated in humanitarian efforts giving hope to others. Anson is passionate about empowering people to find their own truth and identity amidst societal pressures, and the excessive bombardment of political and religious rhetoric.