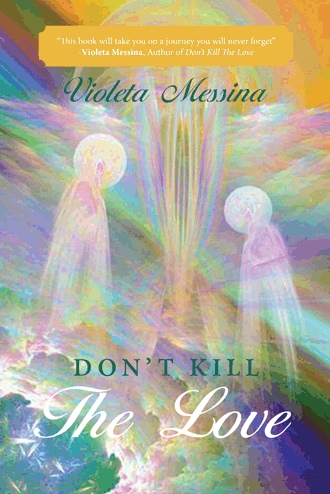 The Traps of Illusion

There isn’t a soul on this Earth that hasn’t had or isn’t having problems in their lives, and you ask yourself why that is. Would you like to find out the secrets to making a better life? There are so many mysteries that many of us don’t understand or can’t even comprehend. That’s why author Violeta Messina wrote Don’t Kill the Love: to help you to understand these mysteries so your life can be better.

Why do we have bad relationships with our wives or relatives? Why do we feel sick one day and not another? Why do we have accidents? Who are our children really, and why were we put on this Earth? If you want to know the secrets to making your life a better one, then Don’t Kill the Love will take you on a journey you will never forget. Messina has been put through many challenges in her life—near-death experiences, diseases, and the deformation of her body. She wrote this book to help you learn about yourself.

This book is byVioleta Messina. She seeks to open the eyes of people to the secrets of a healthy and joyous life. She lives with her husband and daughter in Reno, Nevada, and enjoys gardening, music, and socializing with friends. Her life has been filled with many challenges, which she was able to overcome in good spirits. She came to this beautiful country with three kids and only fifty dollars in her pocket, but she survived to write this book.