Press the “Fix Me” Button

Improve Your Life Through Perception Modification 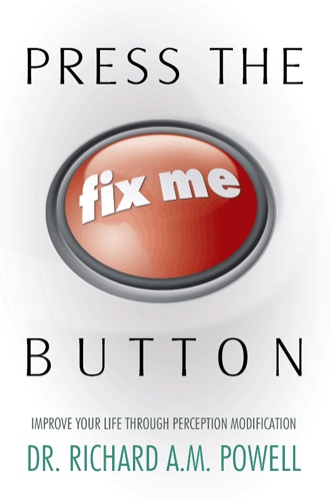 When I was kid I can remember numerous times being told that I needed to change my behavior or I would find myself in prison or possibly dead. The only challenge that I had was no one could provide me with guidance or the how to. At the age of 12 I learned self hypnosis from an audio tape and at the age of 16 I read my first psychology text book. I joined numerous churches and inquired into numerous religions. I search from one end of the United States to the other looking for answers but all I found were doctors and counselors that would tell me what was wrong with me but not one person could tell me how to change the direction of my life. I had been given a diagnosis of bipolar, ADD/ADHD, depression, anxiety, these were to name a few. Eventually, I turned to self medicating and before long I was told I was an addict. I gave up. Then one day I had an epiphany. What I had been looking for was right in front of me. I had been so focused on the negativity in my life I was overlooking the gifts that were being bestowed upon me. Now you have the opportunity to discover what I have discovered throughout my life long search for answers. As you open the pages and begin to read open your mind and your heart and enjoy the journey. I once was told that it isn’t the destination that’s important it’s the journey we learn from.

Dr. Richard Powell, wife Jennifer and their four wonderful boys live in Idaho where Dr. Powell has been practicing pastoral medicine for the past eight years. Dr. Powell specializes life coaching and integrated neuroscience with a strong emphasis in changing ones journey by changing how they perceive their experiences.